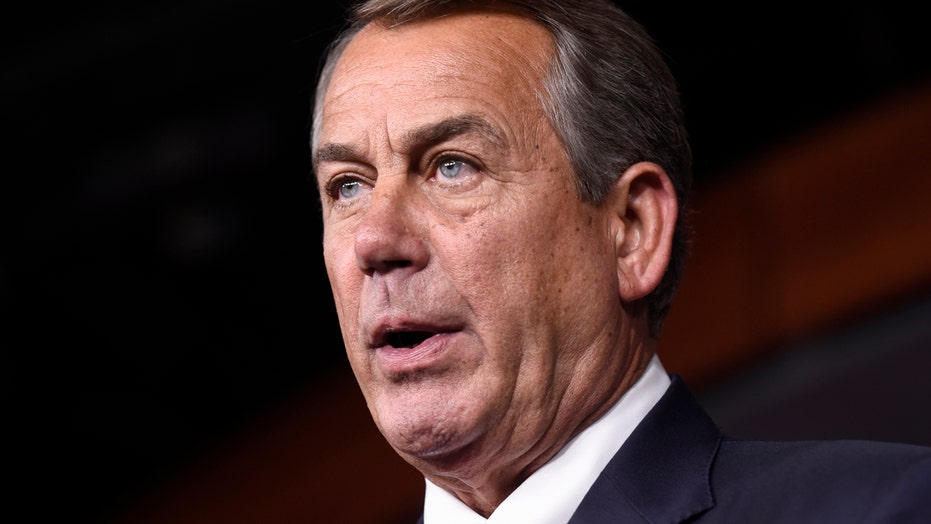 Fox News confirms Boehner will step down in October

John Boehner’s surprise resignation announcement has ignited speculation not only over who might replace him as House speaker but who will fill his Ohio House seat.

Boehner has been the representative of the heavily Republican 8th District since 1991. He’s never won with less than 60 percent of the popular vote.

But Cincinnati Tea Party President Ann Becker told USA Today that Boehner had disappointed conservatives there, and she guessed there will be a healthy scramble of conservatives hoping to fill his spot.

Reporting in Ohio Friday, Plain Dealer reporter Jackie Borchardt wrote that there were a number of state lawmakers in and around the district who may be interested in taking up the challenge of an abbreviated election campaign.

"I imagine there will be quite a lot of interest and we'll see who decides to put forward the effort," Republican Party Chairman Matt Borges told the newspaper, adding that he's "100 percent confident" Republicans will win the seat. But Democrats may also see it as a prize.

Per state law, Kasich will call the election and then the secretary of state's office and county election boards will take over.

Two Republicans are already listed as active candidates for the 8th District seat in November 2016: businessman and Tea Party activist Matthew Ashworth, and teacher and tea party activist J.D. Winteregg, both of whom ran unsuccessfully in 2014. Also listed is Democrat Dennis Smith.

Likely it will be the seasoned Ohio politicians, however, who will be capable of pulling together a campaign on short notice.

It would seem that the news stunned most of the political class in Ohio. The Springfield News-Sun quoted Rep. Steve Stivers, a R-Ohio, saying he and his colleagues didn't know.

“What we gave up was an adult in the room,” said Stivers. “I hope we can get someone else who will be responsible.”