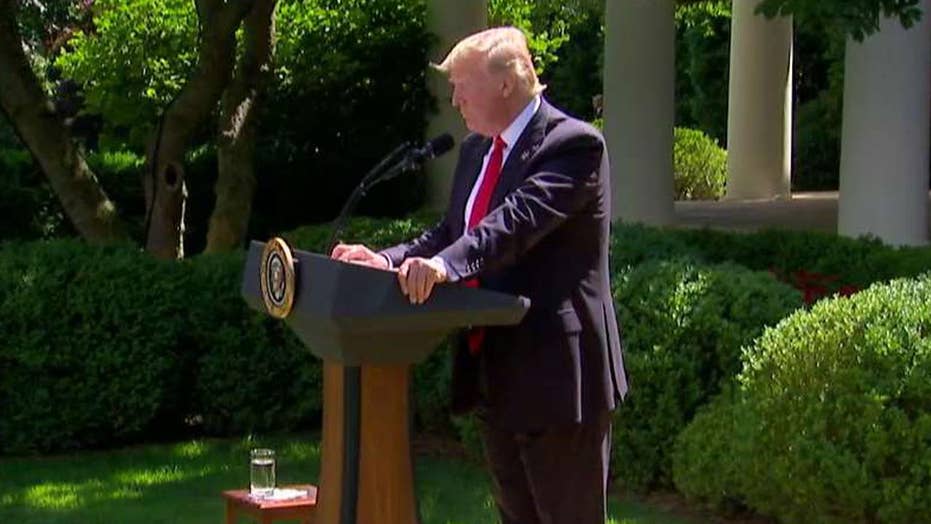 A coalition of U.S. states, cities, businesses and colleges is committing to reduce greenhouse gas emissions as prescribed under the so-called Paris climate agreement, even after President Trump deemed the pact “unfair” and called for America to withdraw.

California Gov. Jerry Brown and former New York City Mayor Michael Bloomberg launched “America’s Pledge” on Wednesday, promising to stand by the Paris pact. The coalition aims to significantly reduce emissions “at a time of limited federal leadership,” according to a press release.

“Reducing emissions is good for the economy and good for public health,” Bloomberg said. “The American government may have pulled out of the Paris Agreement, but American society remains committed to it – and we will redouble our efforts to achieve its goals.”

While backed by congressional Republicans, the U.S. withdrawal has been met with criticism on the world stage. At the G-20 summit in Hamburg, Germany last Saturday, the European Union expressed support for the Paris agreement and criticized the U.S. for backing out – a move referred to as a “regrettable” by German Chancellor Angela Merkel.

Brown argues that America’s Pledge is representative of the Americans who want to move forward on emissions reduction.

“Today we’re sending a clear message to the world that America’s states, cities and businesses are moving forward with our country’s commitments under the Paris Agreement — with or without Washington,” Brown said.

The coalition now includes 224 cities and counties, nine states, 314 colleges, and over 1,600 businesses and investors.