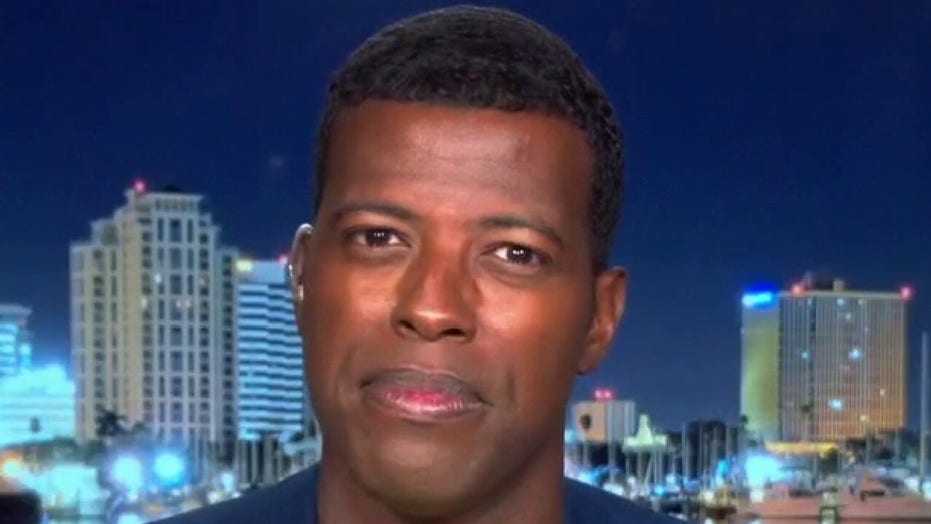 Protesters target, harass diners at outdoor restaurants across US

“The people that are saying this is a really good way to do it are people like AOC, Ayanna Pressley, and Kamala Harris,” Smith told "Fox & Friends."

“All of these people have said 'stay out in the streets, it’s working.' Kamala Harris said it with a wink and a smile. The thing that is the most unfortunate about all of these videos that we’re seeing blasted all across the Internet is that there is not a single leader on the left that has the moral courage and authority to call this out for what it is,” Smith said.

Smith was reacting to a newly released video that appeared to show protesters confronting outdoor diners in downtown Pittsburgh on Saturday.

One of the videos that were posted online appeared to show a man holding a megaphone calling diners at the establishment an “embarrassment.” Some of the diners can be seen getting up from their seats.

Another protester could be seen giving an elderly couple the middle finger before someone else walks over to the pair, takes what appears to be a full glass of beer and drinks the entire glass. Another protester reportedly smashed a wine glass.

The apparent protester who gave the couple the middle finger laughed during the interaction. The marchers in the street were chanting “no justice, no peace” and “f--- the police.”

The scene was reminiscent of the videos of Black Lives Matter protesters who screamed at people dining in Washington, D.C., late last month following the shooting of James Blake in Kenosha, Wis.

Smith said that harassing diners at restaurants is “not behavior that should be normalized."

He continued: “When you see the videos on Twitter and all of the social media, I mean, they are mortifying. I am mortified by the people that are insulting them. Just the whole thing is crazy,” Smith said.

“There are a lot of people on the left from the leaders like Ayanna Pressley, Kamala Harris, to even the mayors that will not empower their local police departments to handle the situations the way that they should be. When this movement first started, it started a really good conversation that, I think, a lot of people were willing to have about policing and issues that come with policing. But, I think it went a little crazy.”