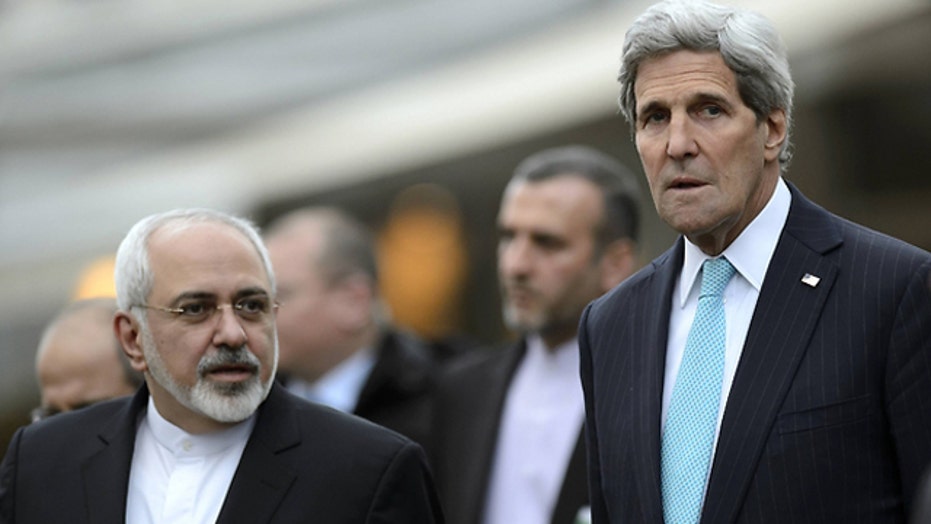 Senate Democrats have delayed Republican efforts to fast-track a bill giving Congress a vote on any nuclear agreement with Iran.

With diplomatic talks still underway, Senate Majority Leader Mitch McConnell, R-Ky., had wanted to tee up a procedural vote next week on the legislation giving Congress a say.

"Congress must be involved in reviewing and voting on an agreement reached between this White House and Iran," McConnell said on Tuesday -- the same day Israeli Prime Minister Benjamin Netanyahu warned the pending deal "paves Iran's path to the bomb" and urged the U.S. not to accept it.

But several Democratic senators, including Senate Foreign Relations Committee ranking member Sen. Robert Menendez, D-N.J., wanted McConnell to wait. Though they support the legislation, they don't want him bringing the bill directly to the floor without first going through committee.

In a letter to McConnell, they said the move suggests "the goal ... is to score partisan political points, rather than pursue a substantive strategy to counter Iran's nuclear ambitions."

Further, the senators argued there is "no immediate" need to do this since the initial deadline for a deal framework is March 24, and a final deal is not expected until June. "We will only vote for this bill after it has gone through the regular [process] ... and after the March 24th deadline for the political framework agreement," they wrote.

McConnell appears to be relenting, signaling he will take up a different bill next week -- and give lawmakers more time to consider the Iran legislation.

While Republicans hold the majority in the Senate, they need at least six Democrats to advance the measure.

Senate Democratic Leader Harry Reid, of Nevada, had also objected, telling The Associated Press he wants the Senate to wait. He accused McConnell of "hijacking" the legislation, which was written by Menendez and Senate Foreign Relations Committee Chairman Sen. Bob Corker, R-Tenn.

Republicans continue to tout the bill, and say it ultimately will be approved.

Corker suggested Thursday the delay could be a good thing, and help the Senate build a "veto-proof majority."

Sen. Lindsey Graham earlier predicted the same. "I'm highly confident that a bipartisan supermajority in the Congress will insist that any deal with Iran come before the Congress to be debated and voted on," Graham, R-S.C., told Fox News. "I don't trust Barack Obama or John Kerry to do a good deal. I want to look at it."

The legislation specifically would require the president to submit the text of a deal to Congress and refrain from suspending congressional sanctions for two months; Congress could then approve or disapprove of the deal.

Obama has threatened to veto the legislation, and has urged all sides to wait until a deal actually has been produced.

Tensions are running high on Capitol Hill over the issue, in the wake of Netanyahu's impassioned address on Tuesday to Congress. He called the agreement in the works a "very bad deal," claiming it would only restrict Iran's nuclear program for a decade and would not adequately dismantle nuclear facilities.