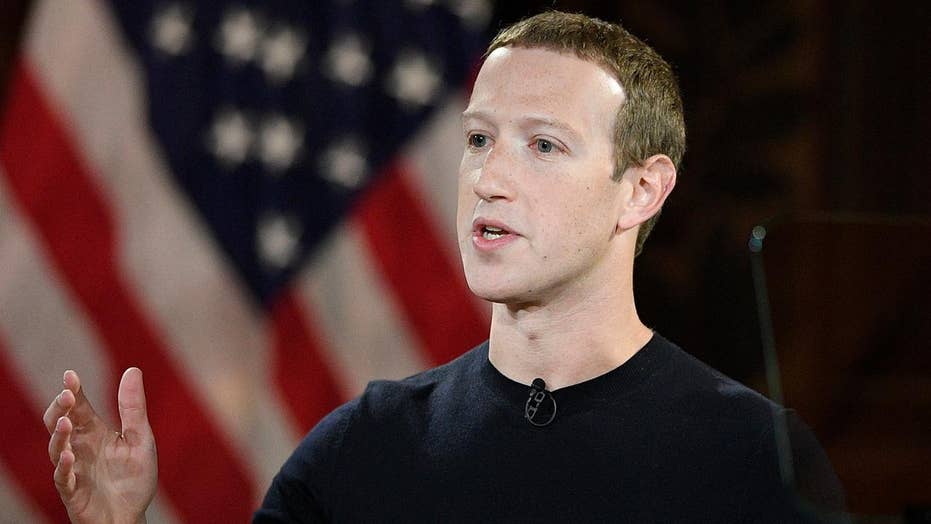 Big tech companies like Google and Facebook have continually abused user privacy, hoarded personal data and lobbied against federal legislation to rein them in -- but all of that could be changing, said Sen. Josh Hawley.

Fox News spoke with Hawley, R-Mo., in a phone interview about his outspoken criticism of Big Tech and asked why Internet privacy protections are seemingly dead on arrival in Congress. He claimed Big Tech has purchased many friends in D.C. and funds various dummy groups, with the intent of stopping federal regulation at all costs.

“There is no doubt that Big Tech has bought themselves an enormous amount of support in this town, and on the hill," he said. "They have an unparalleled fleet of lobbyists and lawyers and think tanks and economists – and they deploy those in force. And they are very influential with a lot of members."

Tech companies and congressional members have a right to free speech, Hawley said. But he also encouraged his colleagues to talk to their constituents and ask them if they want their children raised by Big Tech.

Hawley claimed there are various tech companies like Amazon and Apple that have used their technology to spy on Americans, but tagged Google and Facebook as the worst offenders. He also applauded the Justice Department's antitrust investigation against them and said that during his days as Missouri's state attorney general, this type of pushback was unthinkable. 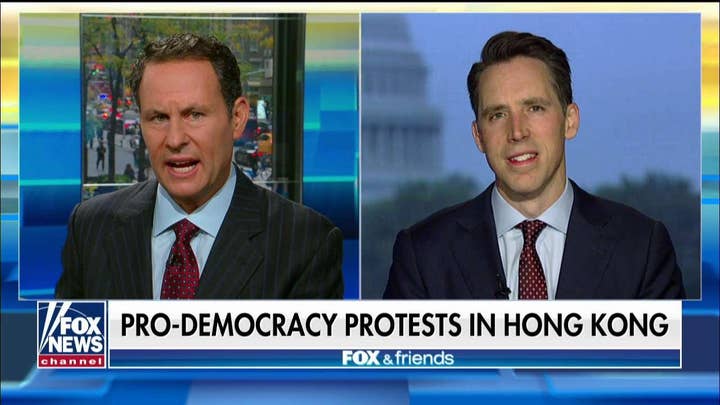 “Big Tech, especially Google and Facebook, have created various groups that they’ve provided funding to. And anytime you take a stand against them… then the Big Tech echo chamber just drops the hammer," he said.

"The editorials, the tweets, the statements, and most of that is driven by these companies themselves because they’re funding all these people and I think that’s an important piece of this."

"I also want to applaud the attorney general for not just sitting around and waiting for the bureaucracy," Hawley added. "There needs to be investigations of these companies. I hope they will be thorough and serious and I hope Congress will do its part.”

The Missouri Republican said several of his Senate colleagues across the aisle are in lockstep with him on reforms such as the Children’s Online Privacy Protection Act (COPPA), which would establish limits on data tracking, and provide users with the option to recoup their property and use an "erase button" to delete any unwanted or sensitive information.

“These measures have bipartisan support. Think about the COPPA update… stopping the tracking of children -- giving parents a ‘delete’ button," he said.

"Sen. [Ed] Markey and I are co-sponsoring that. You think about the ‘Do Not Track Act.' Sen. [Mark] Warner and I and Sen. [Dianne] Feinstein from California support that. These are measures that have bipartisan support from the sponsorship line on down and I think it’s disappointing that we haven’t seen any movement on it.” 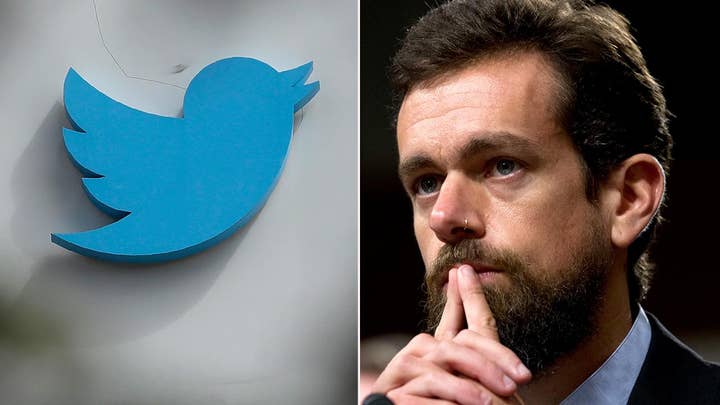 Sen. Ed Markey, D-Mass., the author of COPPA, also provided a statement to Fox News on privacy abuse and his continued partnership with Hawley, saying that privacy shouldn't be viewed as a partisan issue.

“In order to enact the strong privacy protections that Americans deserve, it is going to take dedication and collaboration from members of Congress on both sides of the aisle," Markey wrote in an email.

"Protecting the privacy of our children is not a red or blue issue, it is a moral obligation," he continued. "Sen. Hawley has proven himself to be a tenacious privacy advocate, and it is a pleasure working with him to update the rules for children’s privacy online. I look forward to continuing our Massachusetts-Missouri partnership.”

Between 2005-2018, big tech spent more than half a billion dollars on lobbying Congress. In 2018, Google, Amazon, and Facebook spent a combined $48 million, which represents a 13 percent increase from 2017.

Rachel Bovard, Senior Director of Policy at the Conservative Partnership Institute, also spoke with Fox News about the importance of data control and how public tension over the issue could boil over and result in unwanted escalation on both sides.

"We’ve already seen the damage that Big Tech can do to someone’s lifetime reputation with a simple push of a send button or one Google search," she wrote in an email. "Moreover, we’ve seen that Facebook stores individual data even after an individual deletes it. This is wrong. Individual data should be the property of the individual — this includes having a say over how it is used, packaged, or transferred, as well as whether or not it is deleted and when." 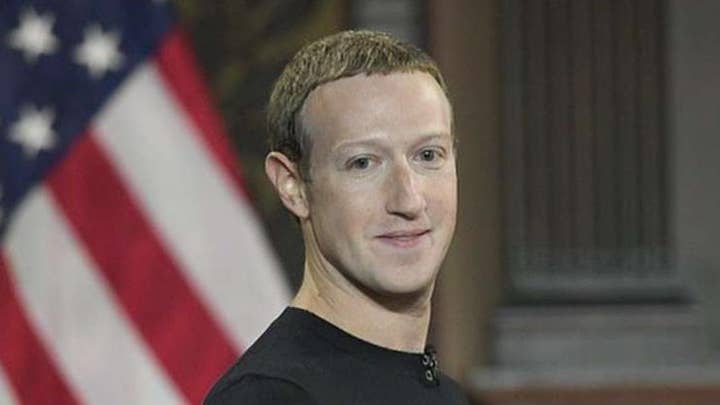 Bovard added that the aforementioned anti-trust investigation will likely cover privacy issues and now has the support of all 50 state attorneys general.

"There is real momentum to develop baseline rules of the road for data protection," Enright wrote. "Google welcomes this and supports comprehensive, baseline privacy regulation. People deserve to feel comfortable that all entities that use personal information will be held accountable for protecting it. And we believe that regulation can support a dynamic marketplace for businesses of all types and sizes."

President Trump has also been very active in the push for privacy legislation and regularly checks in with Hawley in private, to see how the process is progressing.

“I think there is a real opportunity for real, significant movement in the next few years. I know this is important to the president," Hawley told Fox News. 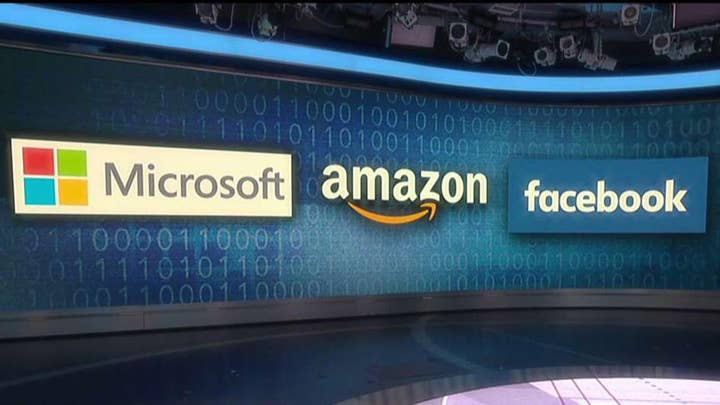 "[Trump] talks about it in public a lot, and he talks about it in private. The last time I saw him, a week ago, he brought this up to me on his own… he asked me, what’s the latest on this. So he’s tracking it, he’s interested and now we just have to get this stuff voted on.”

He also said his stance against big tech has made him a target and claimed that he was warned by his legal colleagues about the power of tech companies, and their ability to make his life miserable.

"At the time I couldn’t get a single attorney general to come along with me in the investigation. Not one," he said. "This is huge progress, but just two years ago not one would do it. And what folks said to me was, ‘this is dangerous. These are powerful companies. They have lots of information. They have lots of money. And they will make your life miserable.'

"And I said, but listen. If we don’t stand up – if law enforcement officials, if policymakers won’t stand up, then how is the mom that is tired of her daughter being tracked online, tired of the ads being sent to her kid, tired of what she’s being exposed to – what are they going to do?" Hawley added.

"How are they ever going to get any help and that’s why it is vital that we take a stand and say, ‘hey let’s get something done.’”