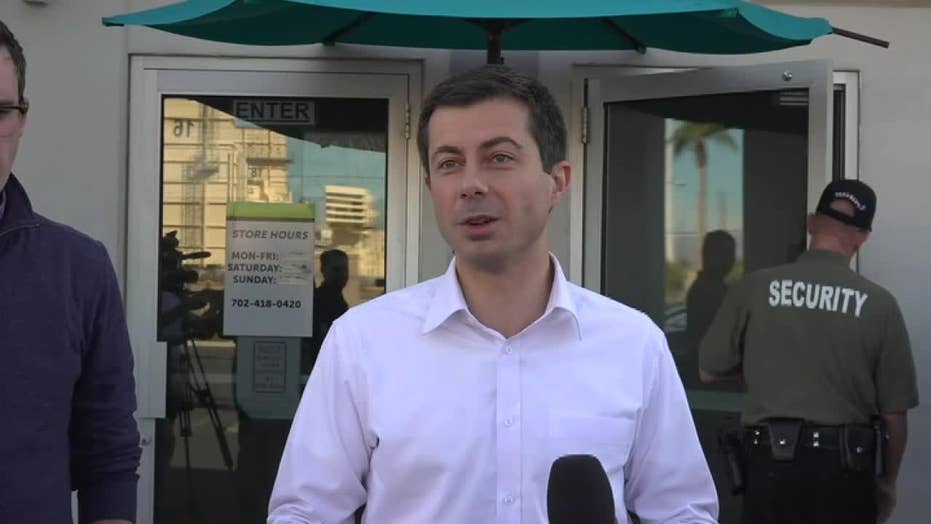 Buttigieg says he has tried marijuana a 'handful' of times

2020 presidential hopeful Pete Buttigieg refused to directly say if he would raise taxes on the middle class if elected president, and was challenged on how his plans would affect the deficit, during a Sunday television interview.

"Can you guarantee that a President Pete Buttigieg would not raise taxes on the middle class?" host George Stephanopoulos asked on ABC's "This Week."

"Everything that we have proposed has been paid for, and we have proposed no tax increase on the middle class," he said. "We don’t have to do it in order to deliver these health care solutions. There is a lot of money on the table from loopholes in the corporate tax system from the wealthiest among us who could and should pay more.

"And we don’t have to look to the middle class in order to solve these problems," Buttigieg continued. "But, it also means making sure that we make promises we can keep.”

Buttigieg also called on Democrats to embrace a debt reduction plan and blamed Republicans for allowing the deficit to skyrocket and spin out of control.

"Another thing that's really important right now is to look at the debt and look at the deficits. I know that’s not fashionable in the Democratic Party," he said. "Republicans have made it clear when they take power, they don’t actually care about the debt. They’ve blown up a $1 trillion deficit."

"If Democrats don’t get into the business of paying attention to the debt, nobody will... These financial time bombs could very well go off in my timeline," Buttigieg added.

Stephanopoulos pushed back on Buttigieg's claims and said his desire to expand the federal government clashes with his plan to slash the national debt. Buttigieg replied by claiming that taxing the wealthy will offset any extra costs generated by his proposals.

"We can do that, as long as we're willing to make reasonable moves for corporate taxes and wealthy individuals and make sure that we keep track of the promises that we’re making. I’m not going to make a $20 trillion move on health care when we can do the same thing for a fraction of the cost."