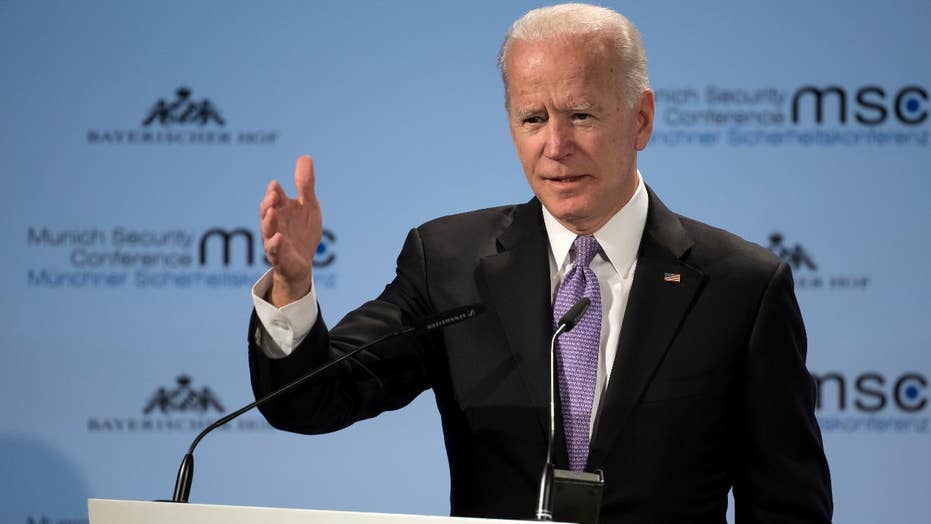 Earlier in the day in Omaha, Neb., Biden had commented on the icy reception Pence received at the recent Munich Security Conference, where Pence's praise for President Trump was met with stone-cold silence.

"The fact of the matter is, it was followed on by a guy who's a decent guy, our vice president, who stood before this group of allies and leaders and said, 'I'm here on behalf of President Trump’ and there was dead silence. Dead silence,” Biden told the audience.

But the reaction Biden received from Nixon and others was anything but silent.

Biden responded to Nixon’s tweet, telling her she was right and explaining that his remarks were in the context of “foreign policy.”

“You’re right, Cynthia," Biden wrote. "I was making a point in a foreign policy context, that under normal circumstances a Vice President wouldn’t be given a silent reaction on the world stage. But there is nothing decent about being anti-LGBTQ rights, and that includes the Vice President."

Nixon thanked Biden for the response, but argued that her criticism of Pence was valid “regardless of the context."

Many other critics lashed out at Biden on Twitter.

Biden is currently mulling a third run for president and is expected to make an announcement soon.

The former vice president previously took heat from Democrats in January, when the New York Times reported that he praised longtime Republican U.S. Rep. Fred Upton during a visit to Upton's home state of Michigan, just three weeks before November's midterm elections. Upton then defeated his Democratic challenger by less than five percentage points, with some Democrats blaming Biden for the party failing to pick up the House seat in a key battleground state.