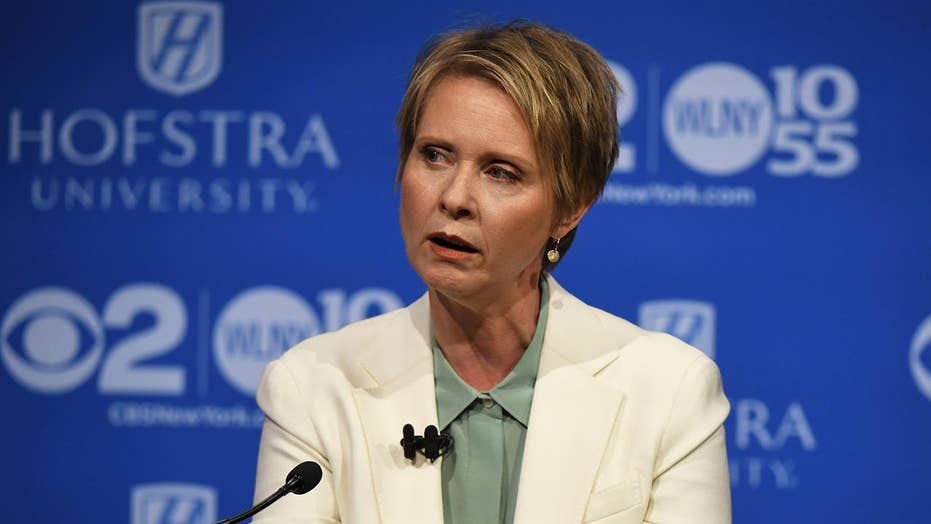 Far-left New York gubernatorial candidate Cynthia Nixon wants to pass single-payer health care then figure out how to fund it.

In her quest to become New York’s next governor, Cynthia Nixon has advocated for a single-payer health care system in the state – something studies have shown would be a costly endeavor.

The proposed New York Health Act (NYHA), which would establish universal health care for everyone in the state, including undocumented immigrants, would require the state’s tax revenue to increase by about 156 percent by 2022, according to a study by the RAND Corp. But it also found state spending on total health care under NYHA would be slightly lower – about 3 percent – by 2031 than under the current system.

Nixon recently told the New York Daily News editorial board she did not yet have a plan to pay for single-payer.

“Pass it and then figure out how to fund it,” Nixon said.

Gov. Andrew Cuomo, who Nixon is challenging in the Democratic primary next week, has said it should be up to the federal government to pass a universal health care system. During a debate between the two candidates last month, Cuomo said the NYHA was good “in theory,” but would cost more than New York’s annual budget to implement it “in the long-term,” according to the Albany Times Union.

'SEX AND THE CITY' STAR CYNTHIA NIXON COULD BE NEW YORK'S NEXT GOVERNOR: A LOOK AT HER POLITICAL ACTIVISM

Nixon, on the other hand, has said a single-payer system will save the state and New Yorkers money overall.

There is widespread disagreement over how much it would cost to implement a single-payer health care system. Supporters say it would cut excessive administrative costs compared to those incurred by private insurers. But critics, including most Republicans, warn the savings would be less dramatic than expected – and the system would cost too much.

Joe White, president of the Council for Affordable Health Coverage, has estimated that with single-payer "costs and taxes will rise, or patient access will be severely diminished – turning America’s medical system into a third-world product.”

The Medicare-for-all bill proposed earlier this year by Sen. Bernie Sanders, I-Vt., was estimated to cost $32.6 trillion over 10 years by a Mercatus Center at George Mason University study.

“The basic idea of single-payer is to cover everybody with a single government program, and that program would basically cover all the doctors and hospitals,” Dr. Adam Gaffney, an instructor of medicine at Harvard Medical School, told Fox News.

As the Times Union reported, the NYHA has continuously been introduced by Democrats in the state Assembly every year since 1992 but has been unsuccessful in the Senate.