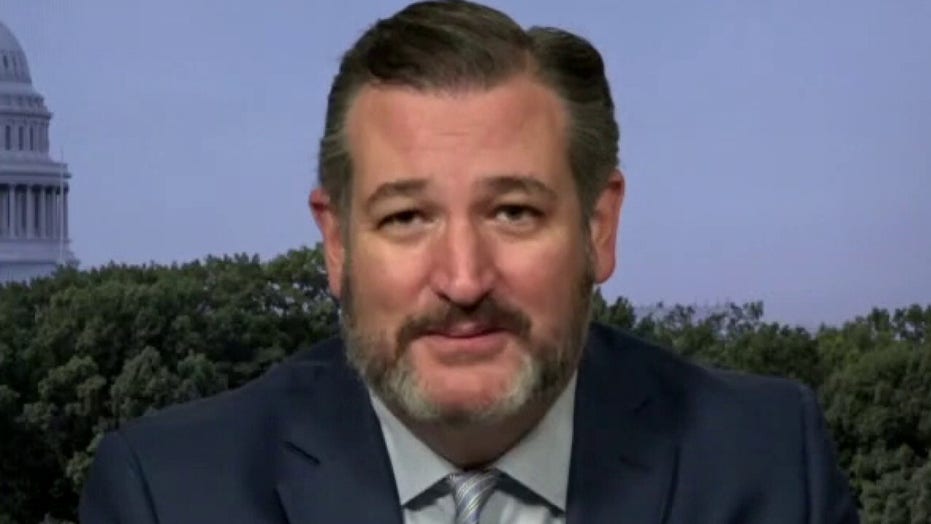 "If you look at what Twitter did, if you or I or anybody tried to tweet either of these New York Post stories laying out evidence of Joe Biden's corruption, your tweet would be blocked," Cruz told host Sandra Smith. "You'd get a warning sign that says this is potentially harmful."

DAVE RUBIN: BIG TECH 'MANIPULATED' AMERICANS, MAY BE 'TOO LATE' TO ADDRESS 2 WEEKS BEFORE ELECTION

Cruz, taking a shot at his Democratic colleagues said their agenda is to "restrict the free speech protections of American citizens."

"And Big Tech is their willing henchmen, and whether or not you agree with Big Tech politics, who in their right mind would want a handful of Silicon Valley billionaires, American oligarchs, having total monopoly control over who's allowed to speak, what media is allowed to report, what stories you're allowed to write and who's allowed to read it?" Cruz asked. "It is dangerous and it's a real threat to our freedoms."

The Justice Department and the FBI, which is reportedly in possession of the laptop purportedly belonging to Hunter Biden, concur with an assessment from Director of National Intelligence John Ratcliffe that the laptop is not part of a Russian disinformation campaign targeting the Democratic presidential nominee.

Cruz said it is interesting what the former vice president, who does not have any campaign events prior to Thursday's final presidential debate against President Trump, is not saying in response to the reports.

"Right now, the Biden strategy is count on the press and count on big tech to protect him from answering even basic questions," Cruz said.

The Texas senator clarified that the issue is not with the former vice president's son, whom he admits has led a "very troubled and challenging life."

"This whole inquiry is about Joe Biden, who wants to be president of the United States, and about whether Joe Biden was personally corrupt," Cruz explained.

In one email, dated May 13, 2017, and obtained by Fox News, a "big guy" is referenced, which sources have said is Joe Biden. It includes a discussion of “renumeration packages” for six people in a business deal with a Chinese energy firm. The email appeared to identify Hunter Biden as “Chair/ Vice Chair depending on an agreement with CEFC,” in an apparent reference to now-bankrupt CEFC China Energy Co. and includes a note that “Hunter has some office expectations he will elaborate.” A proposed equity split references “20” for “H” and “10 held by H for the big guy?” with no further details.

"The China e-mails are offering to pay over a million dollars to the big guy, to Joe Biden himself, cash in his bank account," Cruz said, asking, "Did the deal go through? Did he take the money? How much money did Joe Biden take from communist China? What did he do for it?"

"Those questions, to the best of my knowledge, haven't even been asked much, much less answered," Cruz said.