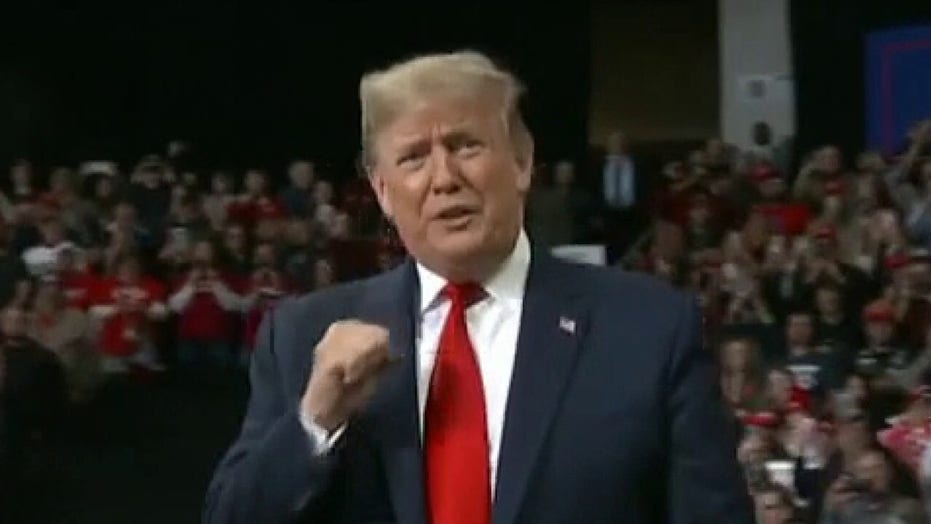 Two new polls released hours before the start of the Democratic National Convention paint very different pictures of the race for the White House.

The ticket of Joe Biden and Sen. Kamala Harris of California – whom the former vice president and presumptive Democratic nominee named as his running mate last week – tops the ticket of President Trump and Vice President Pence 50%-46% among registered voters in a CNN survey conducted Aug. 12-15. The 4-point advantage for the Democratic ticket is right at the poll’s margin of error of 4 percentage points.

The CNN survey was released Sunday night – on the eve of the Democratic quadrennial confab – which will be followed next week by the Republican National Convention.

But a new ABC News/Washington Post national poll released on Monday morning, less than 12 hours after the CNN survey, indicated Biden holding a 12-point, 53%-41% lead over the president among registered voters.

The survey -- which was conducted on the same days as the CNN poll -- also showed the former vice president topping Trump by 10 points, 54%-44%, among the smaller pool of likely voters.

An average of all the most recent national general election matchup polls compiled by Real Clear Politics indicated Biden topping Trump by 7.7 points. That average includes a Fox News poll conducted Aug. 9-12 and released last week that showed the presumptive Democratic nominee ahead of the president by 7 points.

Democratic pollster Chris Anderson – the president of Beacon Research and a member of the Fox News Election Decision Team and the Democratic partner on the Fox News Poll – highlighted that Biden’s lead “has been pretty steady at the national level. The Biden lead has been in the same basic range for a long time.”

The former vice president stands at 50.2% support in the Real Clear Politics average. It’s extremely rare at this point in an election cycle – with two-and-a-half months to go until Election Day – for the challenger to be at or above 50% in the polls.

But Democrats have been warned not to be overconfident at this stage.

Four years ago at this same date in the 2016 presidential campaign, Democratic nominee Hillary Clinton topped Trump by 6 points in an average of the national polling. Clinton ended up edging Trump in the national popular vote by 2 points -- but losing the Electoral College.

Despite all the attention on national polls, the presidential election is not determined by the national popular vote – it’s a race for the states and their electoral votes. And Trump narrowly nosed out Clinton in a bunch of the key general election battleground states to convincingly win the Electoral College and capture the White House. Clinton led Trump in the final public opinion survey averages in three of those crucial states – Michigan, Pennsylvania, and Wisconsin.

Biden currently holds a mid-single-digit lead over Trump in five of the six top battleground states, according to averages of the latest surveys compiled by Real Clear Politics. 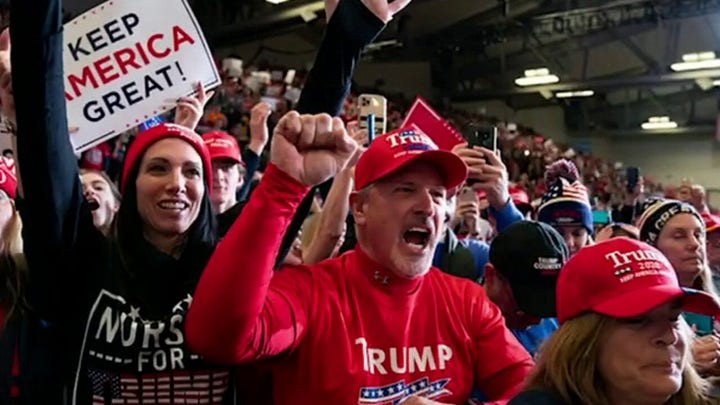 For months the president has hit back at the wave of national and battleground states polls showing him trailing his challenger. Trump’s pilloried the polls as "fake" and touted, "I am getting VERY GOOD internal Polling Numbers."

And earlier this summer the Trump re-election campaign  argued in a memo that "Public Polling Methodology is Cheaper and Flawed.” The campaign’s repeatedly charged that the public opinion polls undercount Trump supporters and pointed to those surveys’ use of registered voters rather than voters likely to cast ballots in the general election.

Presidential elections with an incumbent running for a second four-year term in the White House are often about that president and his record in office. And amid the worst pandemic in a century, a national economy that’s been cratered by the coronavirus, and national protests over racial disparities, that’s especially true this time around.

“I think that this is still a referendum on Trump,”  Anderson noted.

And with Biden running a low-key campaign to date, longtime Republican pollster Neil Newhouse agreed, pointing out that “Biden’s absence from the campaign trail has resulted in the focus of this campaign being squarely on Donald Trump. That doesn’t necessarily work to his advantage.”

An average of the latest presidential approval rating polls puts Trump at 43.1% approval and 54.5% disapproval. While that’s nothing to brag about, it’s hasn’t plummeted to the depths reached by George H.W. Bush and Jimmy Carter, the last two sitting presidents who were defeated as they ran for second terms. Their approval ratings were cemented below 40%

Pointing to the ABC News/Washington Post poll, he noted that “Democrats are motivated by fear of another term of Trump in the White House. When Trump won four years ago, Republicans were motivated by a fear of a Clinton presidency.”

Newhouse, who was Republican nominee Mitt Romney’s pollster in the 2012 presidential campaign, stressed that “in order for Trump to win this race, voters have to understand the contrast between the two candidates.”

Looking to this week, he pointed out that Biden and his party will be in the spotlight during the Democratic convention. And he noted that this week’s gathering “is the beginning of the opportunities for Trump to demonstrate that difference.”