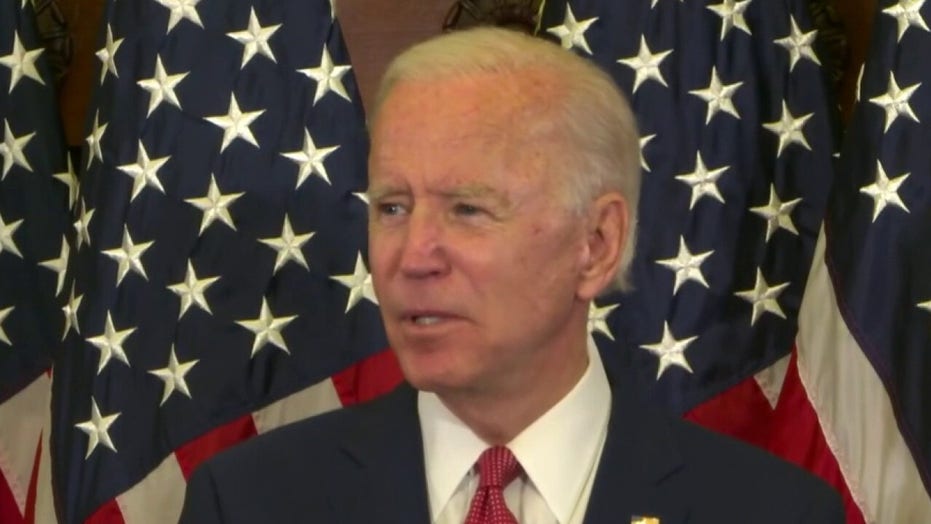 The Associated Press projected the former vice president the winner in Pennsylvania, the state with the most convention delegates up for grabs Tuesday. The Associated Press also called Indiana, Maryland, Montana, New Mexico, Rhode Island, South Dakota and D.C. for Biden.

But Biden has yet to secure the 1,991 delegates needed to officially clinch the nomination.

Biden's pledged-delegate count stood at 1,903 as of Wednesday morning, according to the Fox News delegate tracker, as the vote continued to be counted. There were 479 delegates up for grabs on Tuesday.

While Biden is the last Democratic candidate standing, it was no sure thing he’d lock up the nomination Tuesday. Sanders has kept his name on the ballots as he continues to capture delegates in order to have influence in the voting by delegates on the party’s platform at the summer nominating convention. If Sanders hits 15 percent in some of the contests, it would keep Biden from going over the top -- at least until the next round of primaries.

They were joined by four states -- Indiana, Maryland, Pennsylvania and Rhode Island -- that postponed their primaries earlier this year after the coronavirus pandemic shut down much of the nation. Nearly all states holding primaries scheduled for late March, April and May -- worried about health concerns over in-person voting -- delayed their contests or transformed them into nearly entirely balloting by mail.

The contests were also being held with some cities nationwide under curfews in the wake of protests following the death of George Floyd.