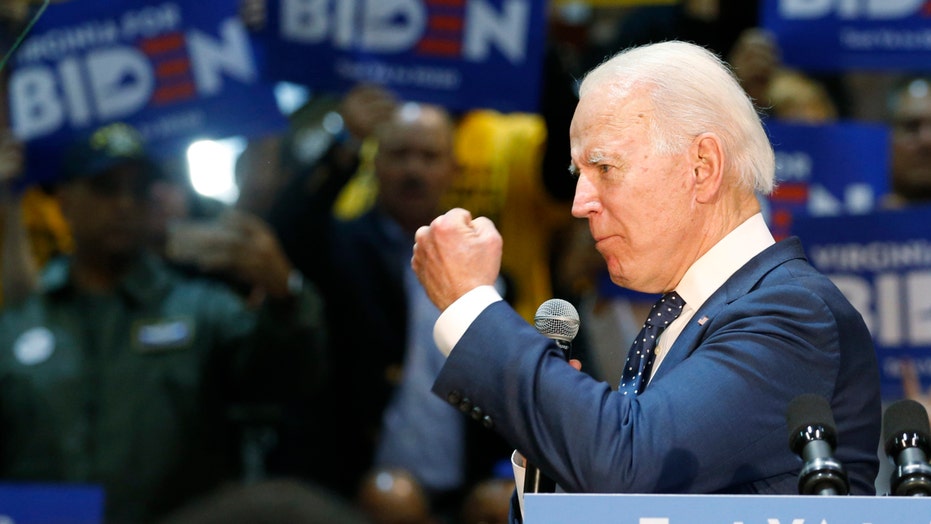 After the Buzz: Why the press buried Biden

The temptation of premature orbits.

Joe Biden's campaign garnered yet another high-profile endorsement on Tuesday — but they'd like to return this one.

AS BIDEN CONSOLIDATES SUPPORT, SPECULATION KICKS UP OVER THE VALUE OF AN OBAMA ENDORSEMENT

“Voted in first Dem primary to support party dedicated to restoring values in WH. I agree with @amyklobuchar: We need candidate who cares about all Americans and will restore decency, dignity to the office,” Comey tweeted. “There is a reason Trump fears @JoeBiden and roots for Bernie. #Biden2020.”

But Biden campaign rapid response director Andrew Bates essentially rejected the endorsement from a figure who remains polarizing within the Democratic Party, despite his outspoken criticism of Trump.

"Yes, customer service? I just received a package that I very much did not order. How can I return it, free of charge?" Bates tweeted.

Comey was FBI director under the Obama-Biden administration. He was fired by Trump in May 2017.

Bates' comment reflected lingering resentment among Democrats toward the former FBI boss over his role in the 2016 election.

Comey, just days before the 2016 presidential election, famously announced that the FBI was reopening its investigation into Hillary Clinton’s handling of classified information and her use of a private email server during her time as secretary of state.

The move came after Comey and the Justice Department decided months earlier not to pursue charges over Clinton's email practices, saying at the time that the investigation was finished. Democrats, including Clinton herself, have claimed Comey’s decision to reopen the probe contributed to her loss.

Biden has readily accepted a slew of other endorsements since his victory in last weekend’s South Carolina primary. Sen. Amy Klobuchar, D-Minn., and former South Bend, Ind., Mayor Pete Buttigieg suspended their presidential campaigns and joined Biden on the campaign trail to endorse him — giving him a much-needed boost entering Super Tuesday.

BLOOMBERG DOWNPLAYS SUPER TUESDAY CHANCES: 'I HAVE NO EXPECTATIONS'

But as many establishment names place their bets on Biden, one towering figure remains on the sidelines: his ex-running mate, former President Obama.

Obama did place a call to Biden to congratulate him on his South Carolina primary win on Saturday, Fox News has confirmed. It is unclear whether the former president did the same for Sanders after his victory in New Hampshire or his massive victory in last month’s Nevada caucuses.

Biden, throughout his campaign, has latched himself to the Obama legacy, even saying during his victory speech Saturday that “Democrats want a nominee who’s a Democrat, a proud Democrat, an Obama-Biden Democrat.” It's unclear whether Obama might reverse course to throw his weight behind Biden at some point.