Presumptive Democratic presidential nominee Joe Biden on Friday denied allegations of sexual assault leveled against him by former Senate staffer Tara Reade, personally addressing the claims for the first time more than a month after she went public with the accusations.

"While the details of these allegations of sexual harassment and sexual assault are complicated, two things are not complicated. One is that women deserve to be treated with dignity and respect, and when they step forward they should be heard, not silenced. The second is that their stories should be subject to appropriate inquiry and scrutiny."

Further, Biden called for the secretary of the Senate to ask the National Archives to "identify any record of the complaint she alleges she filed and make available to the press any such document.

"If there was ever any such complaint, the record will be there," he said, while stressing that Senate staffers she complained to have said they have no knowledge of this. Biden also said the Archives are the relevant entity, and not the University of Delaware, which has many of his Senate papers but does not have "personnel files." 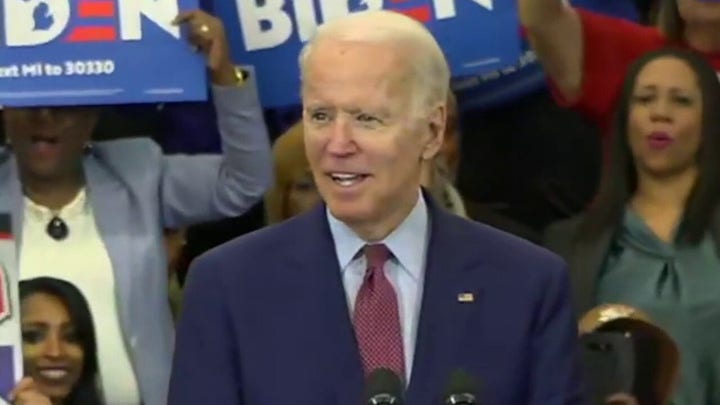 He added: "Responsible news organizations should examine and evaluate the full and growing record of inconsistencies in her story, which has changed repeatedly in both small and big ways."

Biden also appeared on MSNBC's "Morning Joe" next to discuss the allegation.

"No, it is not true. I'm saying unequivocally it never, never happened and it didn't. It never happened," Biden said again on MSNBC.

On the subject of a complaint, which Reade said she made to Biden's office, the presumptive Democratic presidential nominee said he did not remember such a complaint being made.

Biden was also pushed on his past statements that women with sexual assault accusations should be given the benefit of the doubt, particularly when he was commenting on the accusations against Supreme Court Justice Brett Kavanaugh during his confirmation process,

"They should start out with the presumption they are telling the truth, then you have to look at the circumstances and the facts," Biden said. "There’s so many inconsistencies."

"What I said during the Kavanaugh hearings was that she had a right to be heard," Biden said. 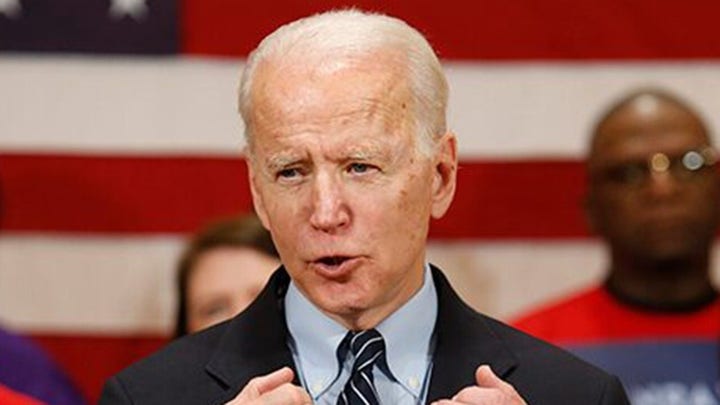 Biden also refused to allow a search of his senatorial papers at the University of Delaware for records pertaining to Tara Reade, which are not public.

"The material in the University of Delaware has no personnel files ... but it does have a lot of confidential conversations," with other officials, like the president, Biden said.

When he was pushed to approve a search for just Reade's name rather than a full search of the records, Biden responded with silence for several moments before asking, "Who does that search?"

While his campaign previously had denied the allegation, Biden himself had been silent on the issue as the media also did not question him on the claims for weeks, until Friday.

Biden’s statement comes after major developments in the assault claims. Last Friday, a clip from "Larry King Live" in 1993 resurfaced featuring a woman who purportedly was Reade’s mother, who has since died, calling in to discuss “problems” her daughter faced with a “prominent senator.”

Then on Monday, two more people backed up Reade’s story -- Lynda LaCasse, a former next-door neighbor of Reade's and a self-described supporter of Biden, and Lorraine Sanchez, a former colleague of Reade’s.

They joined Reade’s brother and another friend, who recalled Reade sharing the incident in interviews with The Intercept.

DEMOCRATIC STRATEGISTS NUDGE BIDEN TO ADDRESS READE'S ALLEGATION: 'NIP THIS ONE IN THE BUD'

Reade in late March accused her former boss, then-Senator Biden, of cornering her in a Senate office and assaulting her in 1993. Her story has changed over time, however. Reade and seven other women had come forward a year prior to accuse Biden of inappropriate contact but the story she told in March was far more graphic, raising the allegation to the level of sexual assault.

Biden’s campaign has frequently denied the allegation for him -- Kate Bedingfield, deputy campaign manager and communications director for the Biden campaign, told Fox News, “Women have a right to tell their story, and reporters have an obligation to rigorously vet those claims. We encourage them to do so, because these accusations are false.”

On Wednesday it was reported that the Biden campaign planned to use “talking points” which cited a New York Times report to exonerate the former vice president.

“Biden believes that all women have the right to be heard and to have their claims thoroughly reviewed. In this case, a thorough review by the New York Times has led to the truth: this incident did not happen,” the talking points read.

The New York Times quickly distanced itself from the alleged campaign strategy, pointing out that their report had not in fact proven the incident did not occur. Rather, it featured former Senate aides either denying the account or saying they did not recall. Yet a friend reportedly confirmed Reade described "details of the allegation at the time."

This comes as records from Biden's more than three decades as a senator, some of which are kept under seal at the University of Delaware, have come under increased scrutiny as well. Many, including the Washington Post editorial board, are calling on the nominee to push for the records' release.

"Insisting on an inventory doesn’t mean one believes Ms. Reade or doesn’t believe her. It signals only a desire for the public to know all that’s able to be known, which ought to be in everyone’s interest," The Post's editorial read.

The university itself has told Fox News that the papers are "still being processed, with many items yet to be cataloged. The entire collection will remain closed to the public until two years after Mr. Biden retires from public life."

That was not always the University of Delaware's policy, however. It previously said the records would be released on Dec. 31, 2019, or two years after Biden "retires from public office." In April 2019, just hours before Biden announced his current presidential bid, the university changed its policy on the release of the records to say the papers wouldn't be released until either December 31, 2019 or until two years after Biden “retires from public life,” whichever comes later, according to The Washington Post.

Biden on Friday stressed that any relevant records, however, would not be held at the university, but would be in the custody of the Archives.

Fox News' Joseph Wulfsohn, Gregg Re and Brooke Singman contributed to this report.