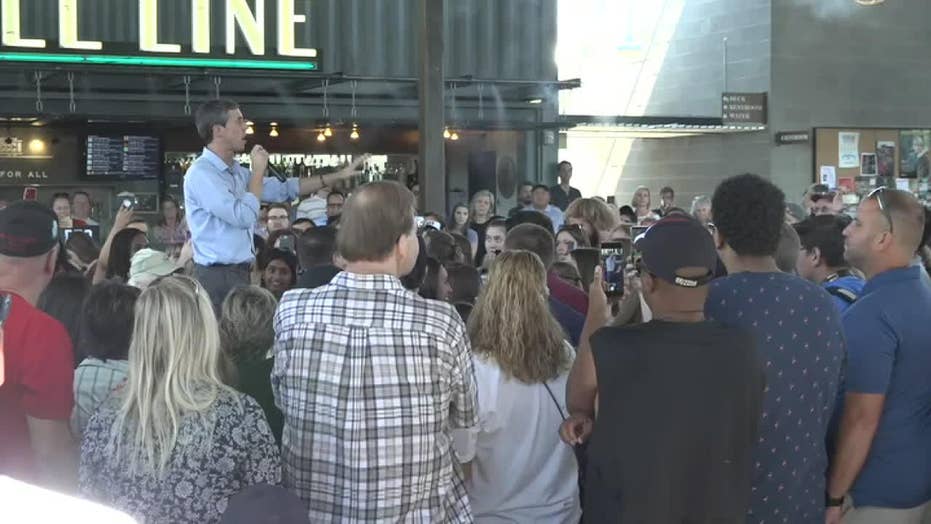 Democratic presidential hopeful Beto O'Rourke was challenged on his gun control policy while holding a town hall in Phoenix.

The Arizona woman who confronted 2020 presidential candidate Beto O'Rourke over illegal immigration and his push for the government to confiscate certain types of guns told Fox News he was "pandering to voters" when he campaigned at a town hall in Phoenix on Sunday and avoided answering the hard questions.

Speaking more broadly, about Dems in general, the woman, Jennifer Harrison, had this to say to Fox News on Wednesday: "Democrats and liberals are ignorant when it comes to firearms, and they're willing to trade their rights to the government for this false sense of security that if you ban a firearm, you're going to save the life. They're blaming the tool rather than the evil that's behind it. You're never going to be able to legislate evil."

Democrats "don't address what the mainstream voter is concerned about, that is people coming here illegally," she said.

Harrison and other members of the AZ Patriots, a group she describes as activists and citizen reporters, attended a town hall event at the Churchill open-air food court. She addressed O'Rourke directly during a question-and-answer session.

Harrison referred to a statement O'Rourke made during the Democrats' third-round primary debate on Sept. 12, when he was asked if he would support a mandatory buyback of assault-style weapons.

"Hell, yes, we're going to take your AR-15, your AK-47. We're not going to allow it to be used against our fellow Americans anymore," the former congressman from El Paso, Texas, said. 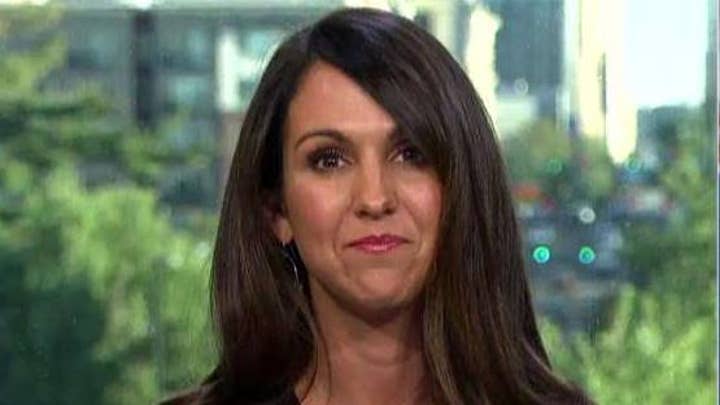 On Sunday, Harrison also took O'Rourke to task over his immigration ideas, calling them a "slap in the face" to those who legally immigrate to the United States -- including her mother, who came from Italy in the 1980s.

"She had to go through a legal, orderly process. She had to wait her turn in line and play by the rules to get here," Harrison said. "She respected our country and our laws; she assimilated. She learned the language and taught us [her children] to respect and love this country."

"I think it's a slap in the face to every immigrant who's come here legally and waited," Harrison reiterated. "It takes time to become an American. You don't just cross the border and you're afforded the rights of an American citizen."

O'Rourke said on Sunday there should be a "safe, legal, orderly, quick path to come here to join family, to work a job, to be able to go to school, to flee persecution or, in some countries, death."

"But, what is a slap in the face to my conscience and the best traditions of this country is taking kids from their parents and putting them in cages," O'Rourke said.

Harrison called this an "emotional response to pander" to supporters.

"I think most of the Democrats that are addressing the immigration issues deflect from the facts and what's really happening," she said. "They have these emotional responses to pander to their voters, their supporters -- to revert back to kids in cages and things that are simply not true because they don't want to answer the hard questions."

O'Rourke said Sunday there are "tens of thousands waiting on the other side of the southern border in an Orwellian migrant protection protocol [...] -- vulnerable, penniless, frightened," who are "being preyed upon [by] those who exploit [people] who have no defense left."

When responding to Harrison, O'Rourke said, "If immigration is a problem, it is the best possible problem this country could have. I want those asylum seekers here in this country."

O'Rourke later tweeted about Harrison's question at the town hall, saying: "Immigrants pose no threat to her. And we need to call people out for saying they do."

"They're still screaming about kids in cages -- then describe them. They don't exist," she said. "They're facilities to hold children. What does he expect us to do with them? We're not just going to let them be trafficked into the U.S. and certainly not going to be let them be released on our streets."

The facilities are "no different than foster care facilities that Americans are in," Harrison said. "It's something to incite liberals and Democrats to hate [President] Trump, and to abolish ICE [Immigration and Customs Enforcement] and discredit all the work that our Border Patrol does, that our ICE agents do and DHS [Department of Homeland Security] does to provide for these children who are coming across unaccompanied or with criminals."

"The only reason children are being separated is because they're not with a parent," she said. 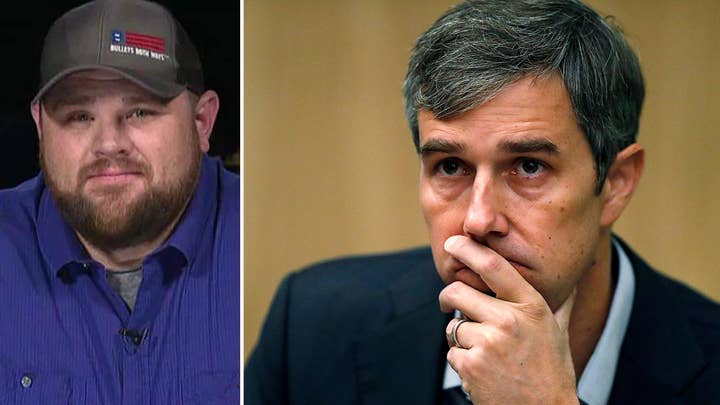 The AZ Patriots group was formed in February 2018 and has an online following of more than 34,000 people. There are 10 core members, including Harrison.

The group plans to attend the town halls of every presidential candidate who comes to Arizona and "challenge the narrative," Harrison said.