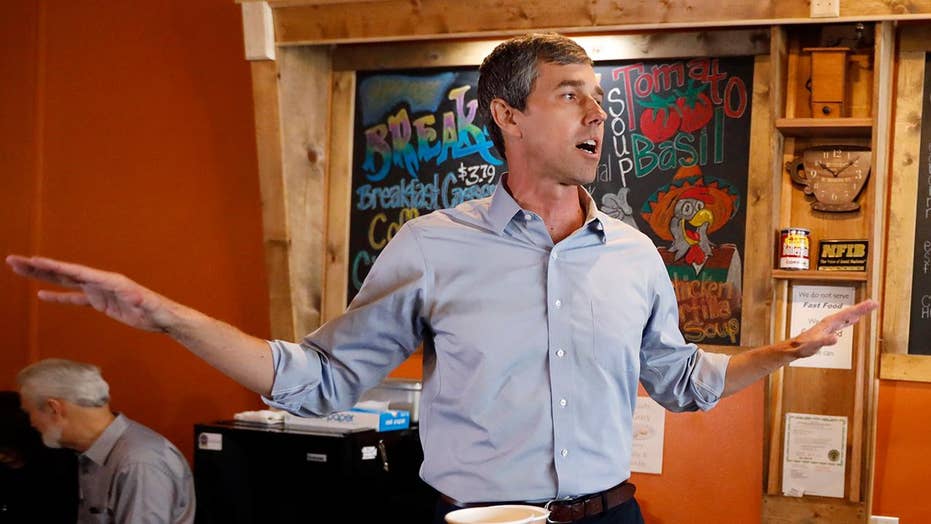 What do Beto O'Rouke's hand gestures tell us about him?

Breaking down Beto's body language; Raymond Arroyo breaks down his 'Friday Follies' for 'The Ingraham Angle.'

2020 Democratic presidential candidate Beto O’Rourke was forced Friday to offer two apologies, one for a campaign joke about how he and his wife raise their children and another about an edgy short story about running over kids that he wrote when he was 15.

In a taping of the “Political Party Live” podcast in Cedar Rapids, Iowa, he apologized for a campaign joke he made on a number of occasions -- in which he quipped that his wife, Amy, raised their children “sometimes with my help.”

While the jest picked up chuckles on the campaign trail, he apparently ruffled some feathers, with The New York Times reporting that his comments “elicited both laughter and derision” and cited tweets that criticized him for unwittingly exposing the double standard between male and female candidates.

“This is not the first time Mr. O’Rourke has been accused of appearing to revel in his advantages as a white male in an increasingly diverse Democratic Party,” the Gray Lady declared.

That criticism was quickly acknowledged by Beto.

"Not only will I not say that again, but I'll be more thoughtful going forward in the way that I talk about our marriage, and also the way in which I acknowledge the truth of the criticism that I have enjoyed white privilege," he said on the podcast.

"So yes, I think the criticism is right on. My ham-handed attempt to try to highlight the fact that Amy has the lion's share of the burden in our family -- that she actually works but is the primary parent in our family, especially when I served in Congress, especially when I was on the campaign trail -- should have also been a moment for me to acknowledge that that is far too often the case, not just in politics, but just in life in general. I hope as I have been in some instances part of the problem, I can also be part of the solution," he said in comments reported by CNN.

He also addressed a Reuters report that, as a 15-year-old, he wrote stories under the name “Psychedelic Warlord” -- including one the narrator's murder spree as part of his goal seeking "the termination of everything that was free and loving." The piece described the first kill as the murder of two children crossing the street. 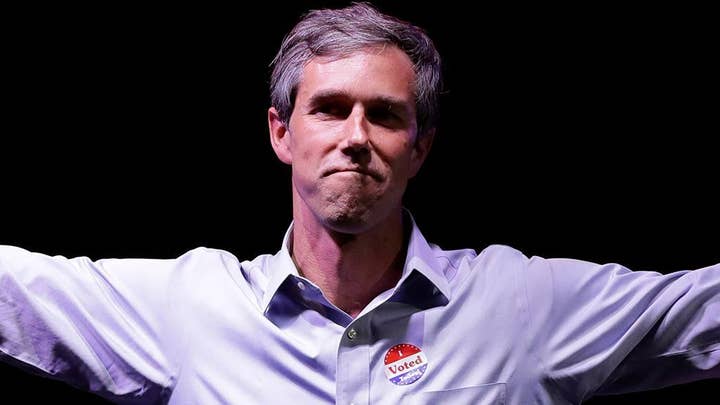 “This happiness was mine by right. I had earned it in my dreams. As I neared the young ones, I put all my weight on my right foot, keeping the accelerator pedal on the floor until I heard the crashing of the two children on the hood, and then the sharp cry of pain from one of the two. I was so fascinated for a moment, that when after I had stopped my vehicle, I just sat in a daze, sweet visions filling my head.”

O’Rourke had earlier dismissed the writings:  "It was stuff that I was a part of as a teenager that I’m not proud of today, and I mean that’s the long and short of it.”

But on the podcast, he took a more serious and apologetic tone.

“I’m mortified to read it now, incredibly embarrassed, but I have to take ownership of my words,” he said. “Whatever my intention was as a teenager doesn’t matter, I have to look long and hard at my actions, at the language I have used, and I have to constantly try to do better.”

O’Rourke enters a crowded 2020 field and will likely face questions about his relative lack of experience for a presidential run. The former congressman challenged Texas Sen. Ted Cruz for his seat last year, attracting record levels of fundraising and enormous media coverage. But he was ultimately unsuccessful in ousting his Republican rival.

Yet his confidence was on show this week in a gushing Vanity Fair profile, in which he declared he was “just born to do this.”