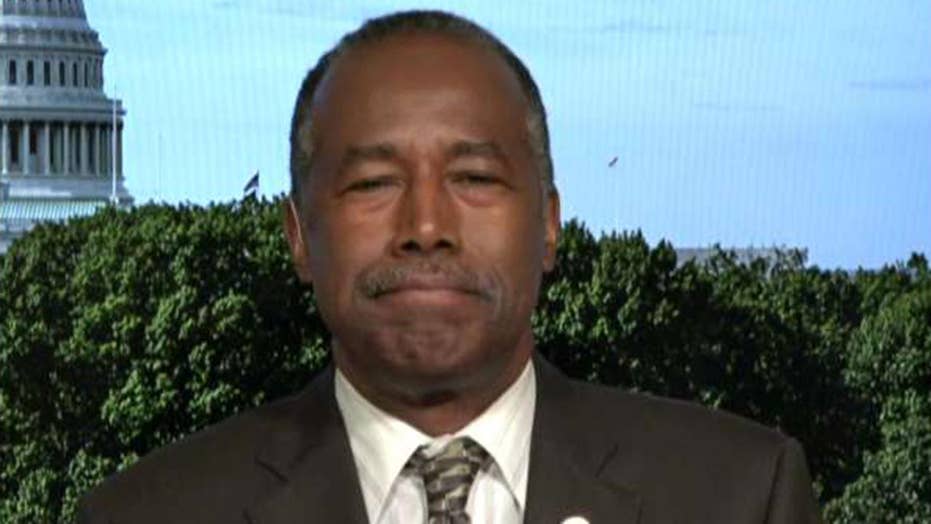 Carson wanted to promote Trump’s initiatives when he was suddenly kicked off a vacant lot owned by the Morning Star Baptist Church of Christ.

“We just have all this animosity all the time,” Carson told reporters, according to the Baltimore Sun, which first reported on the story. “For instance, you guys know, you were set up on this property, and right here is this church that said: ‘Get off our property.’ You know, a church? When we’re talking about helping the people. I mean, this is the level to which we have sunken as a society.”

Carson showed up in Baltimore a week after Trump’s Twitter feud with Rep. Elijah Cummings, who represents the city. The president was accused of race-baiting after he called Baltimore a "rat and rodent infested mess." (Trump has defended his comments, while pointing to old video showing Cummings once using similar language to describe the community.)

Carson ended up having to move the press conference to an adjacent alley.

Church members said it was nothing personal, claiming they had been having trouble with the site -- which is vacant but will be turned into a parking lot -- and they had no idea a press conference was planned there until they saw people starting to gather.

“I didn’t know it was Secretary Carson,” church member Gregory Evans told the Sun. “I just know there were a bunch of people over there that were taking over our site. And we said, ‘Why are they here?’ They’ve not even asked for permission to be here.”

Carson, the highest-ranking African American in the Trump administration, is a neurosurgeon who practiced at Johns Hopkins Hospital in Baltimore. At the press conference, he defended Trump’s controversial comments about the Maryland city amid an uproar of criticism from leaders in the state.