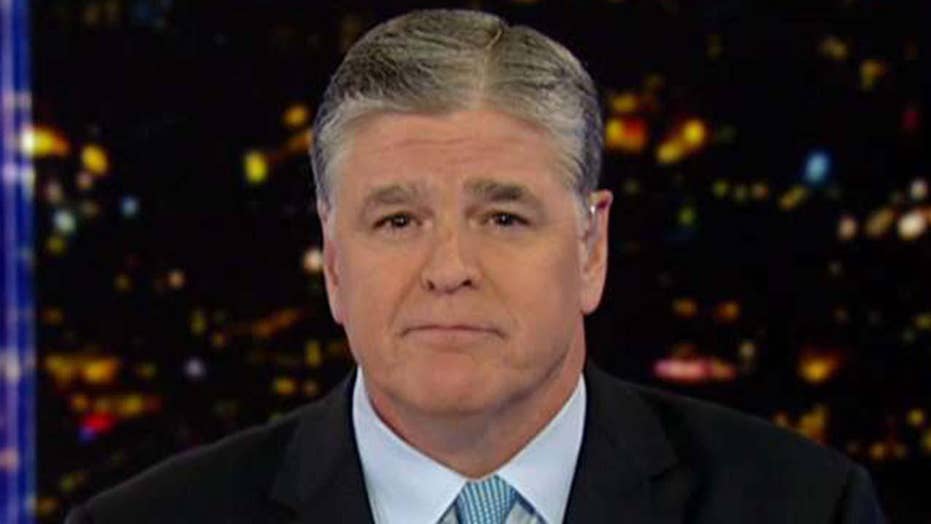 Attorney General William Barr has appointed a U.S. attorney to examine the origins of the Russia investigation and determine if intelligence collection efforts targeting the Trump campaign were "lawful and appropriate," a person familiar with the situation told Fox News on Monday evening.

John Durham, the U.S. attorney in Connecticut, will conduct the inquiry, the source said. The move comes as the Trump administration has pushed for answers on why federal authorities conducted the surveillance -- as well as whether Democrats were the ones who improperly colluded with foreign actors.

Two sources told Fox News earlier today that Barr was “serious” and had assigned DOJ personnel to the probe. Durham is known as a "hard-charging, bulldog" prosecutor, Fox News is told.

Sources familiar with matter say the focus of the probe includes the pre-transition period -- prior to Nov. 7, 2016 -- including the use and initiation of informants, as well as potential Foreign Intelligence Surveillance Act (FISA) abuses.

An informant working for U.S. intelligence posed as a Cambridge University research assistant in September 2016 to try extracting any possible ties between the Trump campaign and Russia from George Papadopoulos, then a Trump foreign policy adviser, it emerged earlier this month. Papadopoulos told Fox News the informant tried to "seduce" him as part of the "bizarre" episode.

Durham previously has investigated law enforcement corruption, the destruction of CIA videotapes and the Boston FBI office's relationship with mobsters. He is set to continue to serve as the chief federal prosecutor in Connecticut.

U.S. Attorney John Durham has been assigned to probe the origins of the surveillance of the Trump campaign, a source told Fox News. (Justice Department)

Durham's new review would exist alongside the ongoing probe by DOJ Inspector General (IG) Michael Horowitz, who is continuing to review potential surveillance abuses by the FBI -- an investigation that began last March and that Fox News is told is nearing completion.

Republicans also have been looking for answers from U.S. Attorney for Utah John Huber, who was appointed a year ago by then-Attorney General Jeff Sessions to review not only surveillance abuses by the FBI and DOJ, but also authorities' handling of the probe into the Clinton Foundation.

Huber, Republicans have cautioned, apparently has made little progress and has spoken to few key witnesses and whistleblowers. But, in January, then-Acting Attorney General Matthew Whitaker reportedly indicated at a private meeting that Huber's work was continuing apace.

Durham's appointment comes about a month after Barr told members of Congress he believed "spying did occur" on the Trump campaign in 2016. He later said he didn't mean anything pejorative and was gathering a team to look into the origins of the special counsel's investigation.

Democrats have pummeled Barr in frustration following revelations in Special Counsel Robert Mueller's report that the Trump campaign did not collude with Russian actors, despite numerous offers by Russians to assist the campaign. Mueller's final report has led to a bitter D.C. battle over the limited number of redactions in the report, which the DOJ says are legally necessary because they pertain to grand jury matters.

In obtaining a secret FISA warrant to surveil former Trump aide Carter Page, the FBI copy-pasted directly from a disputed Washington Post opinion article to suggest the Trump campaign may have been compromised. The bureau also repeatedly assured the court that it "did not believe" British ex-spy Christopher Steele was the direct source for a Yahoo News article implicating Page in Russian collusion.

Papadopoulos: FBI spy wanted me to slip up and say something I had no information on

But, London court records showed that contrary to the FBI's assessments, Steele briefed Yahoo News and other reporters in the fall of 2016 at the direction of Fusion GPS -- the opposition research firm behind the dossier. Fusion GPS was retained by the Hillary Clinton campaign and Democratic National Committee (DNC), a piece of information not stated in the FISA application.

The FISA application cribbed word-for-word from the Washington Post article that claimed the Trump campaign had "worked behind the scenes" to "gut" the GOP platform on Russia and Ukraine. The FBI apparently did not conduct its own independent assessment of the piece, which was labeled an "opinion" column by the Post, and Mueller's probe ultimately found no wrongdoing by the Trump team.

Additionally, internal FBI text messages exclusively obtained by Fox News earlier this year showed that a senior DOJ official raised concerns about the bias in a key FISA warrant, but that FBI officials pressed on.

"There's a document that's classified that I'm gonna try to get unclassified that takes the dossier -- all the pages of it -- and it has verification to one side," Senate Judiciary Committee Chairman Lindsey Graham Fox News' "Sunday Morning Futures" this weekend. "There really is no verification, other than media reports that were generated by reporters that received the dossier."

Graham specifically cited the report from The Hill's John Solomon that the FBI was expressly told that Steele, the bureau's confidenial informant, had admitted to a contact at the State Department that he was "keen" to leak his discredited dossier for purposes of influencing the 2016 election.

Deputy Assistant Secretary of State Kathleen Kavalec’s written account of her Oct. 11, 2016, meeting with Steele was apparently sent to the FBI, according to records unearthed in a transparency lawsuit by Citizens United.