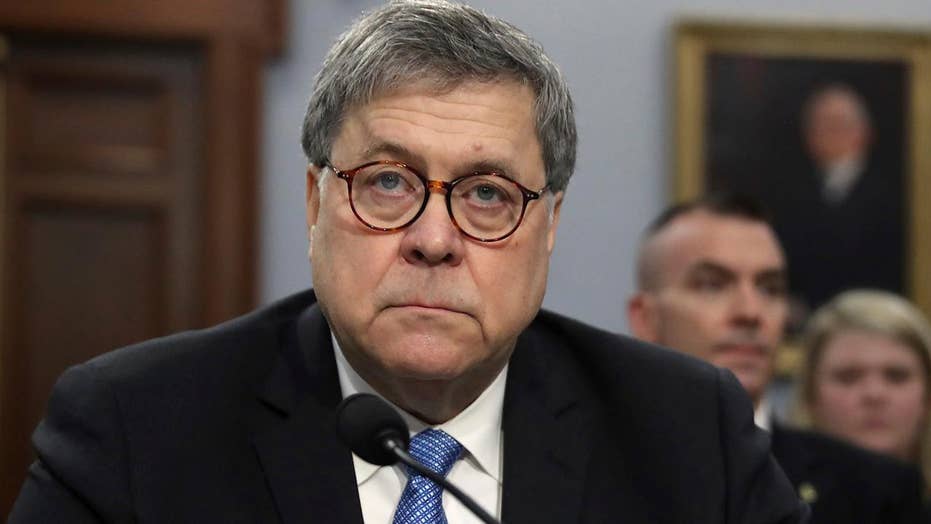 Attorney General Bill Barr vowed Tuesday to release a redacted version of Special Counsel Robert Mueller's Russia report "within a week," as he pushed back at Democrats blasting him for what they called his "unacceptable" handling of the initial summary of that document.

Barr testified before a congressional panel on Capitol Hill in his first appearance since revealing the central findings of Mueller's Russia investigation. Despite the Democratic criticism, he said his office is hard at work preparing to release the report.

“Right now the special counsel is working with us. This process is going along very well and my original timetable of being able to release this by mid-April stands," Barr testified. "From my standpoint, within a week, I will be in a position to release the report to the public and then I will engage with both chairmen of Judiciary Committees on any requests that they have."

Barr said that he identified four areas of the report that he believed should be redacted, including grand jury material, information the intelligence community believes would reveal intelligence sources and methods, any material that could interfere with ongoing prosecutions, and information that could implicate the privacy or reputational interests of “peripheral players.”

Barr said that the Justice Department, with the help of the special counsel's office, plans to “color code the decisions from the report and provide explanatory notes describing the basis for each redaction.”

But in a fiery opening statement, House Appropriations Committee Chairwoman Nita Lowey, D-N.Y., accused Barr of seeming to "cherry pick" from the report to "draw the most favorable conclusion possible for the president" in releasing the four-page summary last month on its findings.

Other Democrats made similar comments as Barr appeared before the House Appropriations Commerce, Justice, Science, and Related Agencies Subcommittee for a hearing originally meant to address Barr’s fiscal 2020 spending request for the Justice Department. But in the wake of the battle between congressional Democrats and the Trump administration for the release of the full Russia report, Barr faced swift criticism from lawmakers on his decisions related to the review of Mueller’s findings.

“In extremely quick fashion, you turned a 300-plus page report into a four-page letter that supposedly summarized [Mueller’s] findings,” the subcommittee chairman said Tuesday.

"The American people have been left with many unanswered questions," Serrano said, adding that "this Congress voted unanimously to see that report. ... I believe the American people deserve to see the full report and to be trusted to reach our own determinations on the merit of what the special counsel presented."

He added: "It is a blow to our system and to our democracy if that report is not seen."

Serrano said that the committee did not want to be "in a confrontational position" with Barr, but rather wanted to "help" him "do his job."

Lawmakers focused on Barr’s four-page summary of the special counsel report, where he stated that there was no evidence of collusion between members of the Trump campaign and Russia during the 2016 presidential election. The special counsel also reviewed whether the president had obstructed justice in any way, but ultimately did not come to a conclusion on that issue. Barr and Deputy Attorney General Rod Rosenstein, though, said the evidence was “not sufficient to establish that the President committed an obstruction-of-justice offense.”

Lowey also slammed Barr's handling of the report as "unacceptable."

"I must say, it is extraordinary to evaluate hundreds of pages of evidence, legal documents, and findings based on a 22-month long inquiry and make definitive legal conclusions in less than 48 hours," Lowey said. "Even for someone who has done this job before, I would argue it is more suspicious than impressive."

Under subsequent questioning from Lowey, Barr said he would not discuss the report any further and made clear that he has no plans at the moment to initially release the unredacted version to committees.

The statement also said that every page of Mueller's report was marked that it may contain grand jury material "and therefore could not immediately be released."

Fox News’ Gregg Re, Chad Pergram, and The Associated Press contributed to this report. 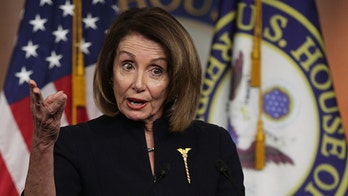