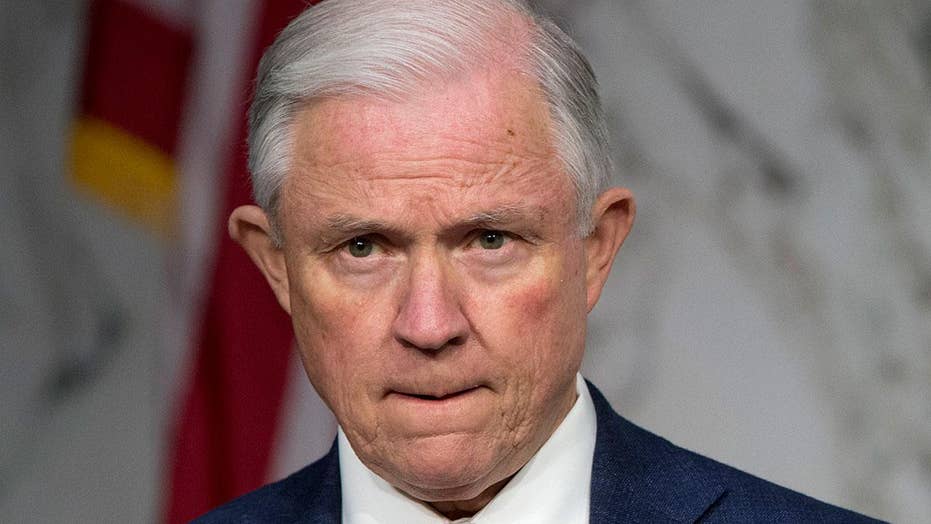 Attorney General Jeff Sessions’ highly anticipated testimony before the Senate Intelligence Committee on Tuesday will be public, committee leaders announced, agreeing to calls from numerous lawmakers and the AG himself to put the hearing on the record.

The attorney general over the weekend agreed to speak to the same committee that heard last Thursday from fired FBI Director James Comey, to answer questions regarding the Russia investigation.

It had been unclear whether the attorney general would speak in closed or open session. But the committee put out a statement Monday saying the hearing is now set to begin at 2:30 p.m. ET on Tuesday in open session.

“He believes it is important for the American people to hear the truth directly from him and looks forward to answering the committee's questions tomorrow,” the official said.

Lawmakers want to ask Sessions about his contacts with Russia's ambassador during last year's presidential campaign and also about his subsequent recusal from the federal probe of Russian meddling in the election and possible ties to Trump associates.

On “Fox News Sunday,” Sen. Jack Reed, D-R.I., said he also has questions about Sessions’ participation in Comey’s firing – considering the firing came after Sessions recused himself from the Russia probe.

“He had already recused himself and then, suddenly, he's the one apparently recommending to the president that Comey be fired and the president has … declared it was all about the Russian investigation,” Reed said.

The Trump administration has given numerous reasons for Comey’s firing, including his handling of the Hillary Clinton email probe. But Comey testified last week that he thinks the Russia probe was the driving force.

Reed, further, said he has questions about Sessions’ past meetings with Russian officials beyond those he’s already declared.

“That will come up,” he vowed.

On CBS' "Face the Nation," Senate Minority Leader Chuck Schumer, D-N.Y., said Sessions should be asked whether he interfered in the Russia investigation before his recusal; what safeguards are in place now; and whether he discussed the Russia issue in the search for a new FBI director.

During his testimony last week, Comey suggested there might be more to Sessions' recusal from the Russia probe, telling lawmakers he believed it was “inevitable” that Sessions would recuse himself and there were “facts” he could not discuss in an open hearing.

The Department of Justice, however, issued a statement standing by the original explanation that Sessions recused himself due to his participation in Trump’s campaign.

“[I]t was for that reason, and that reason alone,” spokesman Ian Prior said.

Sessions had been set to testify before a budget-related subcommittee on Tuesday but, in letters to key lawmakers, said the intelligence committee that heard from Comey would be the more appropriate venue considering the Russia-related questions.