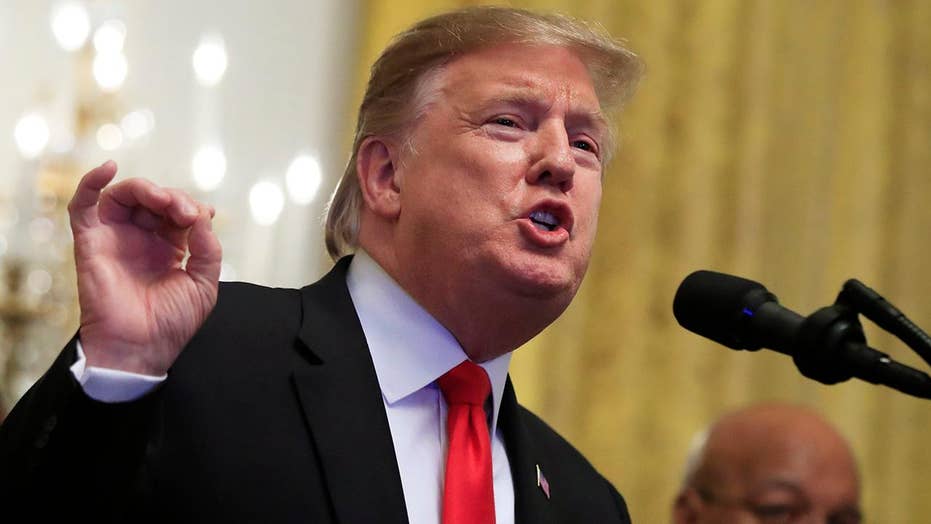 DO TRUMP'S PLANS FOR TITLE X IMPLEMENT A 'GAG RULE'? A LOOK AT THE PROPOSAL

“We are pleased that the Ninth Circuit has cleared the way for this important executive branch action to take effect while our appeals are pending,” Justice Department spokeswoman Kelly Laco said. “The Department of Justice’s position is supported by long-standing Supreme Court precedent and we are confident we will ultimately prevail on appeal.”

Democrats, including those running for president, also lashed out over the ruling.

“The Trump administration's Title X gag rule will deny access to basic reproductive health care for millions of people. I call that a violation of human rights,” New York Sen. Kirsten Gillibrand, a 2020 Democratic presidential candidate, tweeted. “We will fight back.”

Planned Parenthood’s clinics are major recipients of grants for family planning and basic preventive care. During the 2016 election, President Trump campaigned on defunding the organization.

Known as Title X, the nation's family planning program serves about four million women a year through clinics, at a cost to taxpayers of about $260 million.

An administration official said the proposal is based on, though is not identical to, a Reagan-era rule.

The policy was rescinded under President Bill Clinton, and a new rule went into effect that allowed "nondirective" counseling to include a range of options for women.