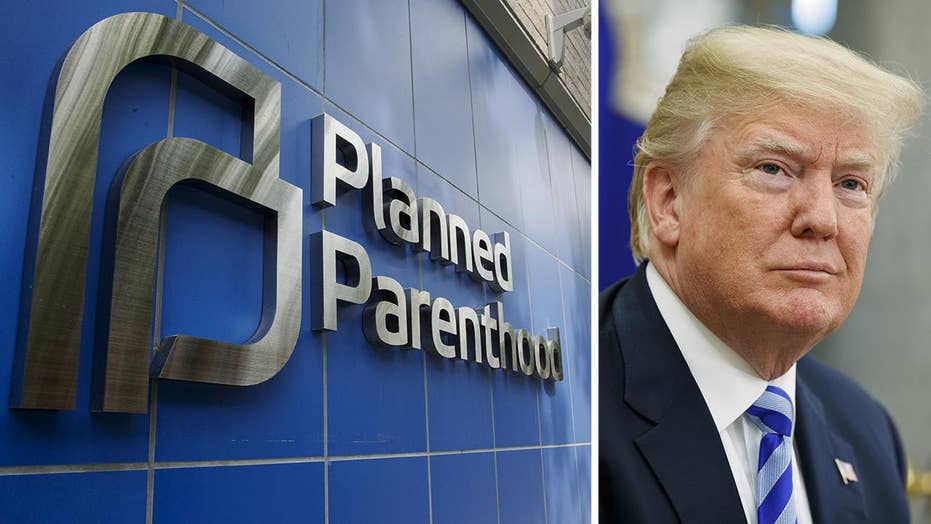 White House senior adviser Kellyanne Conway told Fox News that the administration is simply recognizing "that abortion is not family planning. This is family planning money."

An administration official told Fox News that the Department of Health and Human Services officially filed the rule with the Office of Management and Budget on Friday.

Planned Parenthood’s clinics are  major recipients of grants for family planning and basic preventive care. During the 2016 election, President Trump campaigned on defunding the organization.

Pro-life groups want Trump administration to direct federal funds away from clinics that do abortions in favor of qualified health clinics that provide medical care but not abortions; reaction from Penny Young Nance, CEO and president of Concerned Women for America, and Dr. Ronnie Floyd, president of the National Day of Prayer.

The policy has been derided as a "gag rule" by Planned Parenthood, and it is likely to trigger lawsuits that could keep it from taking effect.

"The end result would make it impossible for women to come to Planned Parenthood, who are counting on us every day," said the organization's executive vice president, Dawn Laguens.

But the administration said Planned Parenthood can still receive Title X grants if it keeps the family-planning money separate from funds used to pay for abortions.

“This proposal does not necessarily defund Planned Parenthood, as long as they’re willing to disentangle taxpayer funds from abortion as a method of family planning,” an administration official told Fox News.

Known as Title X, the nation's family planning program serves about four million women a year through clinics, at a cost to taxpayers of about $260 million.

An administration official said the proposal is based on, though is not identical to, a Reagan-era rule.

The policy was rescinded under President Bill Clinton, and a new rule went into effect which allowed "nondirective" counseling to include a range of options for women.

According to a Trump administration summary, the new proposal would roll back the Clinton requirement that abortion should be discussed as an option along with prenatal care and adoption.

Doctors' groups and abortion rights supporters say a ban on counseling women trespasses on the doctor-patient relationship. They point out that federal family planning funds cannot currently be used to pay for abortion procedures.

The Republican-led Congress has unsuccessfully tried to deny federal funds to Planned Parenthood, and the Trump administration has vowed to religious and social conservatives that it will keep up the effort.

Fox News’ Jennifer Bowman and Gregg Re and The Associated Press contributed to this report.