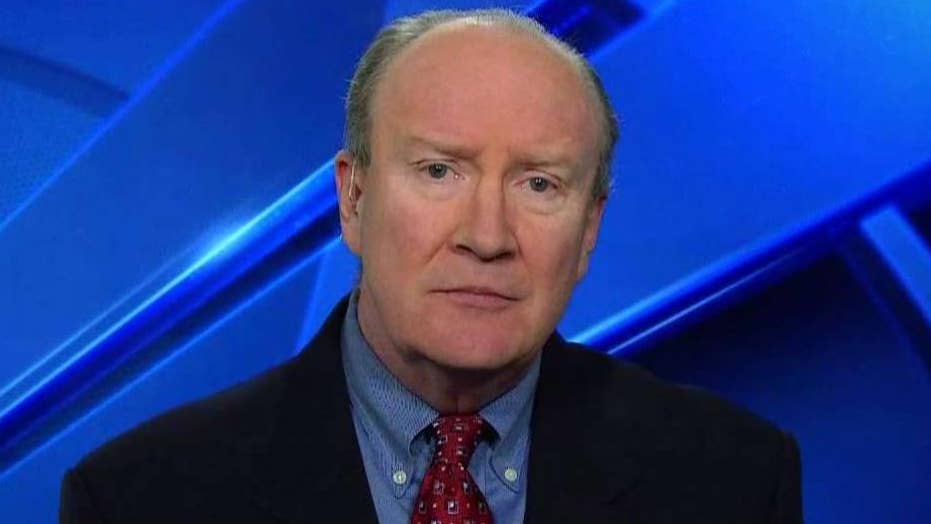 Andy McCarthy to Democrats: Take a deep breath and let Barr finish his work on the Mueller report

Former assistant U.S. attorney Andy McCarthy has joined the chorus of lawmakers speaking out in support of Attorney General William Barr in light of a possible subpoena by Democrats for the full Mueller report.

House Judiciary Chairman Jerry Nadler announced Monday that a markup would be scheduled for Wednesday and would subpoena the unredacted report as well as the underlying evidence used by the special counsel during the investigation.

Fox News contributor McCarthy said Tuesday during an appearance on America's Newsroom that the subpoena was an example of "hypocrisy" running rampant in U.S. politics, and that the subpoenaed material is not newsworthy.

"What's oddest about this whole thing is that they're posturing over an empty bag, because the grand jury material is likely to be the least important, least significant stuff in the Mueller report," McCarthy said. "All of the important witnesses for the Democrats who are Trump administration people cooperated with the special counsel and voluntarily sat for interviews. So their material is likely not covered by grand jury secrecy rules - they likely didn't have to testify for the grand jury."

McCarthy also argued that Barr is compelled to follow the law of federal regulations on criminal prosecution, which includes section 6E that prohibits information about individuals not being charged from being released publicly.

During an appearance Tuesday morning on Fox & Friends, Judge Andrew Napolitano also spoke about the significance of section 6E in this case, and added that it's against the law for Barr to release information in the report about "ongoing investigations, classified materials, disputes among prosecutors as to the meaning of the law."

McCarthy mirrored Napolitano's argument, saying everyone should "take a deep breath and let Barr take a few days to finish his work."

Additionally, McCarthy said that if lawmakers really want to see the full, unredacted Mueller report, they should propose an amendment to section 6E, rather than subpoenaing the report itself.

"If they wanted to do something useful, instead of doing all this nonsense about a subpoena, which is probably going to be completely unnecessary, if they're so worried about it, I don't know why they don't just propose an amendment to rule 6E, which would allow Congress to get the grand jury material in Special Counsel investigations," he said.