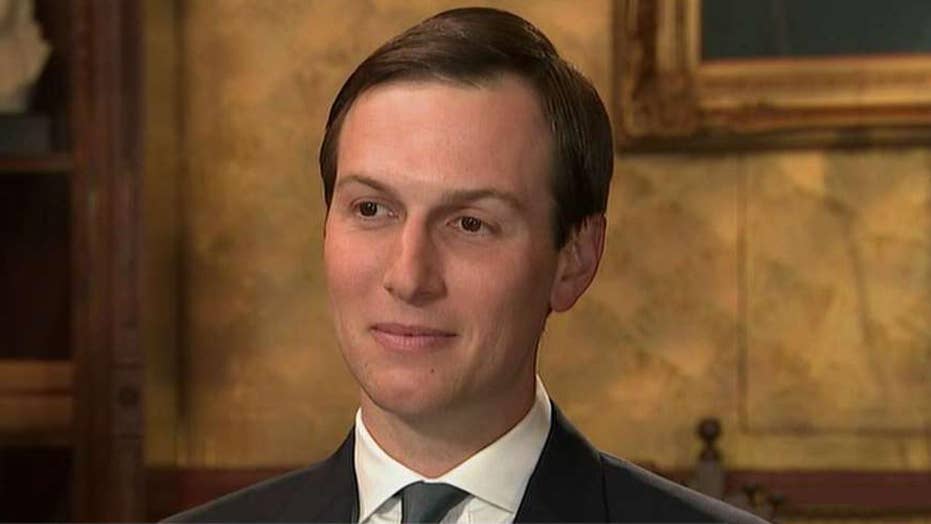 Kushner: I've been accused of all different types of things, all have been false

Kushner compared the mainstream media's coverage of Special Counsel Robert Mueller's Russia investigation it to their reporting on the 2016 presidential election, saying the press got it wrong both times.

"Well, look, the media got the election wrong. They thought for sure Hillary Clinton was going to win," Kushner said. "They didn't see what we were seeing out in the country and the field. Their data was wrong, their analysis was wrong and then it happened. Not a single person got fired, not a single person apologized ... I think people sometimes let their hatred for Trump overtake their rational ability to kind of look at things objectively."

Kushner: People let their hatred for Trump overtake their ability to look at things objectively

"On the other hand," Kushner added, "you could look at it and say that because the media's been so distracted with Russia, Russia, Russia and all of these crazy conspiracy theories, we've been able to operate underneath that level and just be really effective."

Kushner specifically took issue with reporting by CNN, where political analyst Paul Begala recently referred to him and his wife Ivanka Trump as "cockroaches."

"The number of times that CNN wrote things about me that I would then call and say, 'That's not true,' [and] they would say, 'Well, we have a source,'" Kushner said. "It is what it is ... I just hope that going forward, everyone will look at it and maybe have a little bit of cooler heads and focus that we're all on the same team. We're all here for America."

Kushner also said he would be willing to testify on Capitol Hill on matters related to the Russia investigation, calling the claims of collusion between the Trump campaign and Russia "a very serious accusation that goes to the very core of our democracy ... that was one [investigation] that we thought it was important to go [along] with, so we were fully compliant."

He also addressed the insistence of some congressional Democrats that evidence of collusion between the Trump campaign and Russian officials exists.

"I wish them luck," Kushner said, "[but] talking about this nonsense further, especially after two years and being wrong so many times is just really not productive and quite frankly, it’s kind of an embarrassment for our democracy."