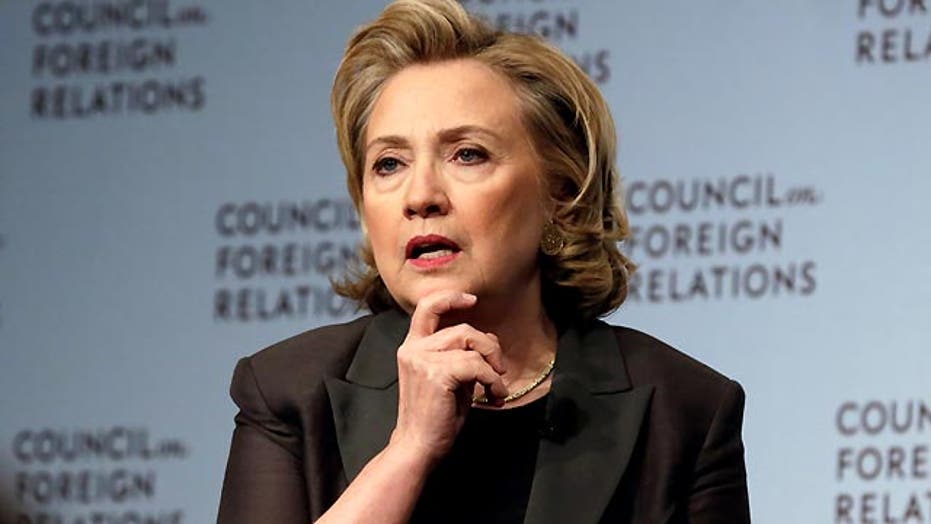 A woman who says she was raped as a 12-year-old girl by an Arkansas man who was defended by a young novice defense attorney named Hillary Clinton says the future presidential candidate smeared her to get her attacker off with a light sentence.

In an exclusive interview with The Daily Beast, the now 52-year-old woman, whose name was withheld by the publication out of concern for her privacy, said she still harbors anger toward Clinton.

“Hillary Clinton took me through Hell,” the victim said.

The victim in the 1975 sexual abuse case that became Clinton’s first criminal defense said she wants to speak out after hearing Clinton talk about her case on newly discovered audio recordings from the 1980s, unearthed by the Washington Free Beacon and made public this week.

The woman told The Daily Beast Clinton intentionally lied about her in court documents, went to extraordinary lengths to discredit evidence of the rape, and later callously acknowledged - even laughed - about her attackers’ guilt on the recordings.

If the victim could speak to Clinton, she said, “I would say, ‘You took a case of mine in ‘75, you lied on me… I realize the truth now, the heart of what you’ve done to me. And you are supposed to be for women? You call that [being] for women, what you done to me? And I hear you on tape laughing.”

The victim’s claim that Clinton smeared her following her rape is based on a May 1975 court affidavit Clinton wrote on behalf of Thomas Alfred Taylor, who Clinton agreed to defend after being asked by the prosecutor. Taylor had specifically requested a female attorney.

“I have been informed that the complainant is emotionally unstable with a tendency to seek out older men and engage in fantasizing,” Clinton, then named Hillary D. Rodham, wrote in the affidavit. “I have also been informed that she has in the past made false accusations about persons, claiming they had attacked her body. Also that she exhibits an unusual stubbornness and temper when she does not get her way.”

The victim denied Clinton’s claim she had ever accused anyone of attacking her before her rape.

“I’ve never said that about anyone. I don’t know why she said that. I have never made false allegations. I know she was lying,” she said. “I definitely didn’t see older men. I don’t know why Hillary put that in there and it makes me plumb mad.”

The newly-revealed audio recordings, which were taped in a series of interviews with a reporter whose story was never published, were uncovered by The Free Beacon at the University of Arkansas in Fayetteville, amid thousands of pieces of Clinton history.

On the tapes, Clinton seems to acknowledge that she was aware of her client’s guilt, boasts about successfully getting the only piece of physical evidence thrown out of court, and laughs about it all whimsically.

“He took a lie detector test. I had him take a polygraph, which he passed, which forever destroyed my faith in polygraphs,” Clinton says on the recording, failing to hold back some chuckles.

Instead of the original charge of first degree rape, prosecutors let Taylor plead to a lesser charge: unlawful fondling of a child. According to the Free Beacon, Taylor was sentenced to one year behind bars, with two months reduced for time served. A second attacker was never charged.