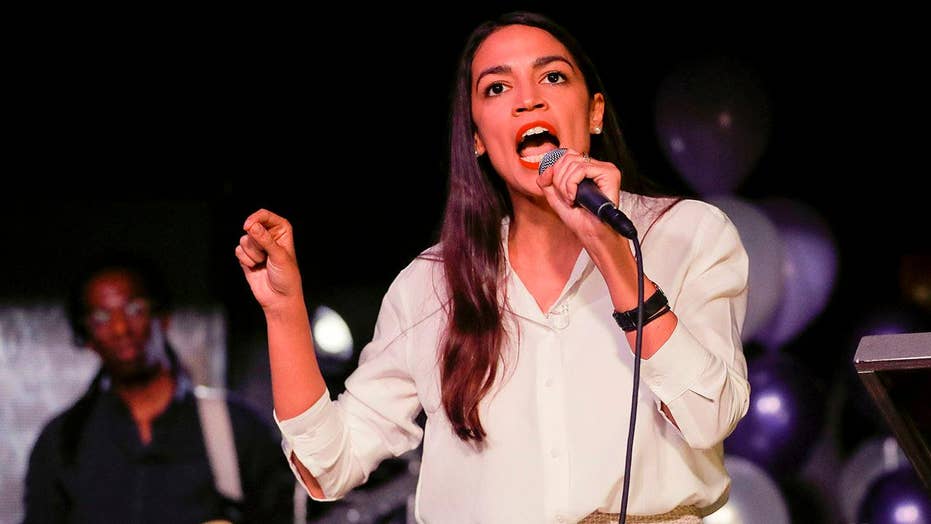 Alexandria Ocasio-Cortez, who became the youngest woman elected to Congress Tuesday, said she cannot afford to rent an apartment in Washington, D.C., until her congressional salary kicks in.

Ocasio-Cortez, 29, made national headlines after she defeated 10-term Rep. Joe Crowley in New York's June primary, and will now represent the state’s 14th Congressional District. She told The New York Times that the transition period from now until she starts her job “will be very unusual, because I can’t really take a salary.”

“I have three months without a salary before I’m a member of Congress. So, how do I get an apartment? Those little things are very real,” Ocasio-Cortez told The New York Times.

She told the paper she saved up before she left her job as a bartender at a New York City restaurant.

“We’re kind of just dealing with the logistics of it day by day, but I’ve really been just kind of squirreling away and then hoping that gets me to January,” she said.

After the story gained traction, Ocasio-Cortez tweeted about her apartment situation saying she was “working it out.”

“There are many little ways in which our electoral system isn’t ever designed [nor prepared] for working-class people to lead,” she tweeted. “This is one of them [don’t worry by the way – we’re working it out!]”

She will make $174,000 a year as a member of Congress, according to NBC Washington. A one-room bedroom apartment in Washington, D.C., on average, goes for about $2,170 a month, a report by Zumper stated.