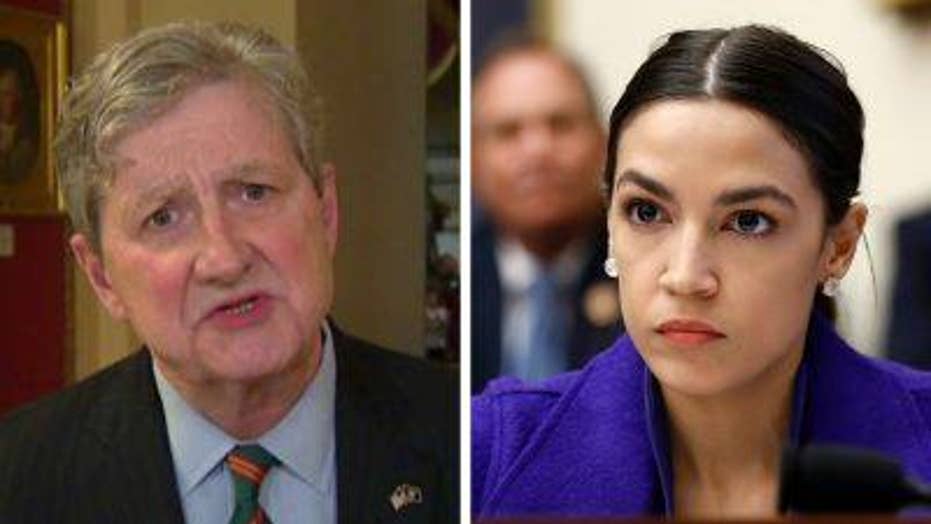 Rep. Alexandria Ocasio-Cortez, D-N.Y., is entitled to her opinion, but should know better than to make extreme comparisons, according to Sen. John Kennedy, R-La.

"I think she has no basis for saying that, because it's not true," he said.

"She knows better than that," he later added.

"Let me say it again, you believe in the rule of law or you don't.  Apparently, Congresswoman Ocasio-Cortez believes that illegal immigration is a moral good."

ALEXANDRIA OCASIO-CORTEZ: THE U.S. IS 'RUNNING CONCENTRATION CAMPS ON OUR SOUTHERN BORDER

Kennedy emphasized that the freshman lawmaker has a right to express her point of view. "This is America," he said. "You're entitled to believe what you want."

"She just believes the border is a nuisance [and] we ought to have open borders."

The House Judiciary Committee member remarked that the 29-year-old's "opinion counts - just not to me." 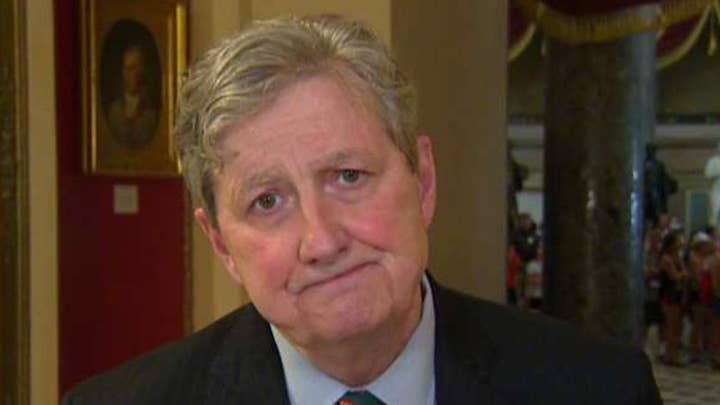 Kennedy said the Department of Homeland Security is trying its best to handle an influx of thousands of asylum seekers and others.

"All the president is doing is enforcing the law," he said, adding, "illegal immigration is illegal. Duh."

On Monday, Ocasio-Cortez told her Instagram followers that the U.S. government is "running concentration camps on our southern border."

She told her followers she wants to talk to people "who are concerned enough with humanity to say that 'never again' means something."

"The fact that concentrations camps are now an institutionalized practice in the Home of the Free is extraordinarily disturbing and we need to do something about it," the freshman Democrat continued.