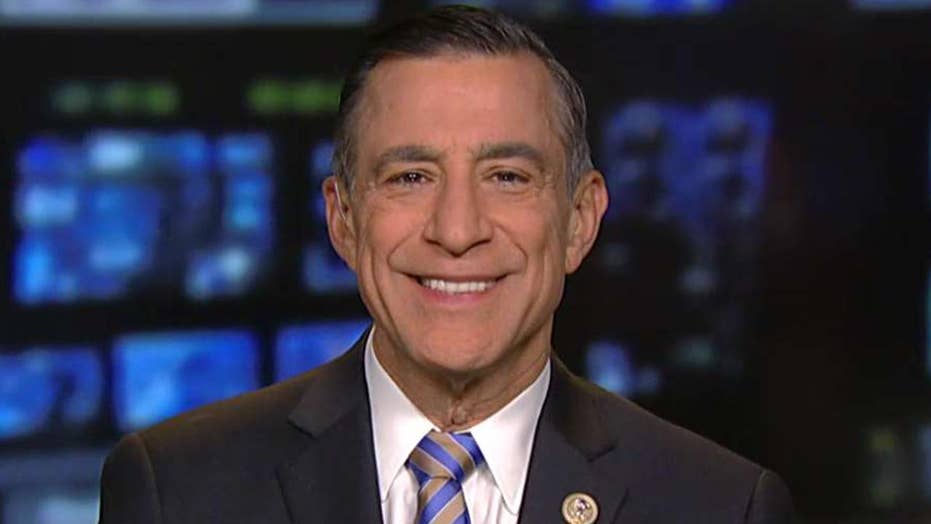 Source: Trump's legal team drafting answers to questions in Mueller's Russia probe. On 'America's Newsroom,' Republican congressman from California on who will replace him once he retires.

An Air Force veteran in Southern California would be the state’s first Black Republican woman elected to a U.S. House seat if she’s able to unseat her Democratic opponent in November, according to a report.

“I am driven every day by the sacrifice of those that came before me,” Aja Smith, who was deployed to Qatar in 2007, told The Washington Times in an interview published Saturday.

“My grandfather was a veteran of World War II, Korea and Vietnam and my great uncle was a Tuskegee Airman pilot,” she added.

Smith last challenged Takano in the 41st Congressional District, which includes Riverside, Moreno Valley, Perris and Jurupa Valley, in 2018, according to the Inland Empire’s Press-Enterprise.

The district is east of Los Angeles.

Smith isn’t likely to beat Takano, however: FiveThirtyEight ranks the race as “Solid D” with Takano having a better than 99% chance of winning.

“This is truly a grassroots effort,” Smith told the Times. “Our campaign is fueled by over 20,000 small donors that have joined together to fight for our country and take on entrenched special interests.”

When interviewed by the Press-Enterprise, Smith told the paper her first priority on the coronavirus "is restoring the American Dream for the many families that have had their lives upended by this pandemic. Our bloated bureaucracies can afford to shrink. Our hurting families must come first.”

Smith has also lodged a complaint with the U.S. Department of Justice over concerns she is being "shadow-banned" on social media, according to the Times.

“On Twitter, I have over 41,000 followers and I am specifically followed by over 10,000 users, but many of my posts receive minimal interaction, in the single digits,” she said. “My campaign depends on me being able to communicate to my supporters freely. The illegal behavior by the companies has real consequences, limiting my ability while providing a boost to my opponent."