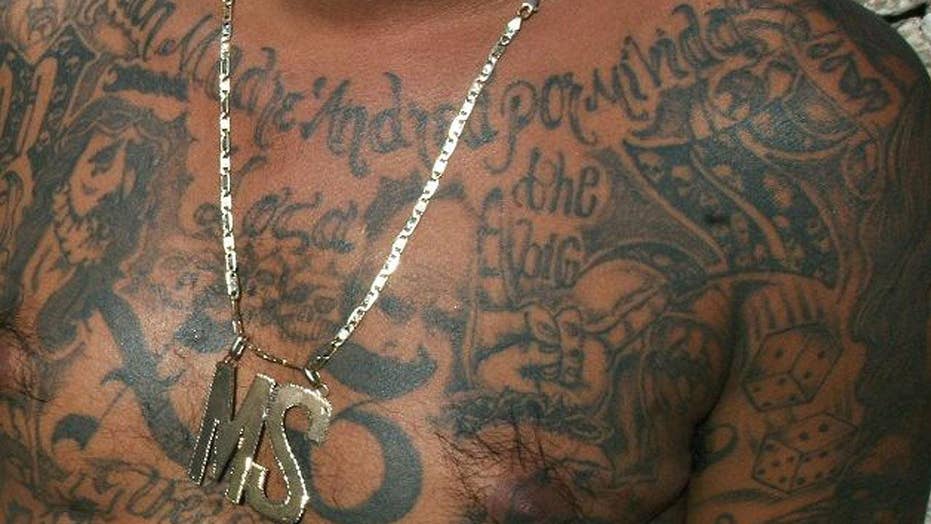 Years of open borders and lax immigration laws have allowed one of the country’s most brutal gangs to thrive nationally, U.S. Attorney General Jeff Sessions said on Friday.

Sessions gave a speech in Long Island close to where police found four bodies bearing the gang’s hallmarks: repeated hacking – apparently from a machete – that left the victims unrecognizable.

“I have a message for the gangs that target our young people,” Sessions said. “We are targeting you. We are coming after you.”

MS-13 - THE GANG THAT SCARES OTHER GANGS

The attorney general's appearance on Friday comes amid a spate of violence in two communities near the federal courthouse where he spoke in Central Islip. The bodies of 11 people have been found in parks and vacant lots since last September.

Police believe the killings are the work of MS-13.

The gang, which was formed in the 1980s in Los Angeles by Salvadoran immigrants, has expanded to 42 states and is feared for its brutality. Teens say any perceived slight to a gang member can mean death.

Sessions said the nation no longer can tolerate these violent criminals terrorizing young children and entire neighborhoods. He said he would help law enforcement go after these gang members and make sure the criminals are held accountable for their actions.

“We will identify these networks, investigate them, and build cases and dismantle them through targeted prosecutions,” Sessions said on Friday. “Then criminals who are convicted will be deported.”

But not everyone was welcoming the move. Dozens of protesters showed up at his speech accusing him of using gang violence to enforce what they called draconian immigration laws.

But some parents said stepped up enforcement is needed to bring a sense of tranquility. Things have gotten so bad, some parents said, they are afraid of letting their children go to school.

"Kids are losing their childhoods," said Jennifer Suarez, whose 15-year-old niece was beaten and hacked to death in the street last year. "You can see the stress on their faces as they get ready. It's like, you know, they're suiting up for battle."