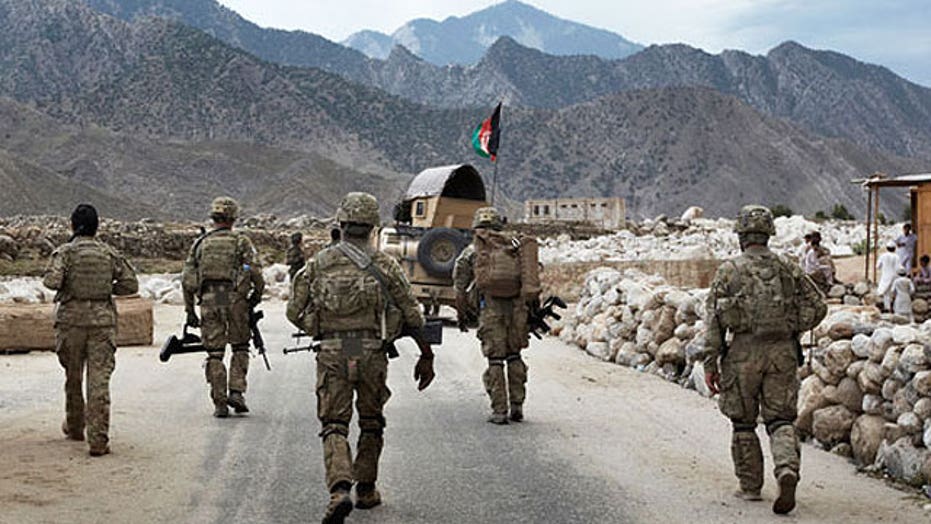 Newly inaugurated Afghan President Ashraf Ghani Ahmadzai is expected to sign a vital security deal Tuesday to allow American soldiers to remain in the country past the end of the year, officials say.

A senior Defense Department official confirmed to Fox News that the new president will sign the Bilateral Security Agreement allowing for 9,800 U.S. troops to remain in Afghanistan after 2014. The president also is expected to sign a NATO Status of Forces Agreement, which will allow a small NATO force to stay on as well.

John Podesta, a senior adviser to President Obama, also discussed the pact at a news conference at the U.S. Embassy in Kabul. According to the White House, U.S. Ambassador to Afghanistan James Cunningham will sign the document on behalf of the U.S. president.

The announcement comes after Ashraf Ghani Ahmadzai was sworn in Monday as Afghanistan's new president, replacing Hamid Karzai in the country's first democratic transfer of power after the 2001 U.S.-led invasion toppled the Taliban. Karzai would not sign the security agreement with the U.S.

Moments after Ghani Ahmadzai took the oath, he swore in his election challenger, Abdullah Abdullah, as chief executive, fulfilling a political pledge he had taken to share power and defuse election tensions that had threatened to spark violence between the country's north and south.

In his first speech, Ghani Ahmadzai called on the Taliban and other militants to join the country's political process and lay down their weapons. However, extremist violence Monday killed at least 12 civilians and police officers as foreign forces prepare to withdraw from the country at the end of the year.

"We are tired of war," Ghani Ahmadzai said in a televised address. "Our message is peace, (but) this doesn't mean we are weak."

U.S. officials previously had said they expected Ghani Ahmadzai or an official in his government to sign the security agreement with the U.S. shortly after his inauguration. Both Ghani Ahmadzai and Abdullah said during their campaigns they would sign the deal.