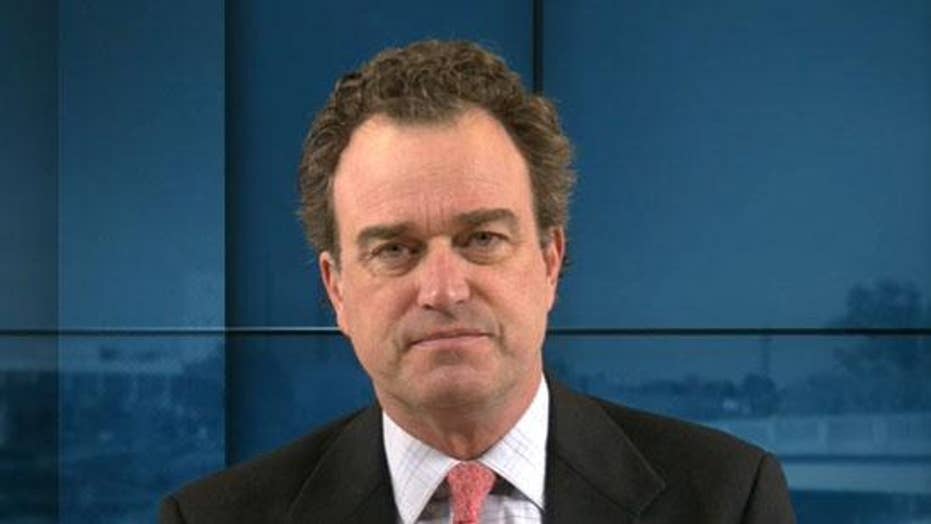 Will Democrats go for censure rather than impeachment?

Charlie Hurt, Washington Times, discusses a report that says a small group of Democrats will push for censure instead of impeachment

Rep. Abigail Spanberger, D-Va., was confronted with shouts about the Democrat-led Trump impeachment effort during a fiery town hall meeting with constituents over the weekend.

Spanberger was one of the seven freshman Democrats who penned a September op-ed in the Washington Post calling for President Trump's impeachment. But footage from Sunday's town hall showed people yelling that the president was innocent and that the impeachment push was "crap."

"You all have been trying to impeach this man since he got elected," a man could be heard saying. Another man also yelled that Trump "hasn't done anything wrong."

"Let our votes count," one man implored the congresswoman. "Don't take them away."

Former Democratic presidential nominee Hillary Clinton won Virginia in 2016 -- but with a slim margin, and much of her support coming from the northern part of the state. Spanberger's district was one of many that favored Trump.

Someone at the event said Spanberger seemed visibly frustrated in the video from the town hall. The "crap" comment came in response to Spanberger calling the allegations against Trump "incredibly, incredibly serious." Another resident said they were 'b------t."

A spokesperson for Spanberger reportedly said the incident showed the congresswoman "engaging in important conversations" with her constituents.

Spanberger's town hall seemed to preview the type of discontent Democrats could face during reelection bids in moderate or Trump-leaning districts.

House Majority Whip James Clyburn, D-S.C., acknowledged on Friday that some Democrats wouldn't vote for impeachment and that he wasn't galvanizing members to do so given how "divisive" the issue has become.

"This is a vote of conscience," Clyburn said while appearing on CNN. "I do believe that when it comes to something as divisive as impeachment, we have to leave members up to their own consciences, their own constituents, and what they think is in the best interest of their love for country."

"And so, I think it would be a bit unseemly for us to go out whipping up a vote on something like this. This is too serious, this is too much about preserving this great Republic," he added.

His appearance came amid ongoing impeachment hearings led by House Democrats. On Thursday, House Speaker Nancy Pelosi, D-Calif., told members to proceed with articles of impeachment, potentially making Trump the third U.S. president to be impeached. The Republican-led Senate is expected to reject any request to remove Trump from office.