House Majority Whip James Clyburn, D-S.C., acknowledged on Friday that some Democrats wouldn't vote for impeachment and that he wasn't galvanizing members to do so given how "divisive" the issue has become.

"This is a vote of conscience," Clyburn said while appearing on CNN. "I do believe that when it comes to something as divisive as impeachment, we have to leave members up to their own consciences, their own constituents, and what they think is in the best interest of their love for country."

"And so, I think it would be a bit unseemly for us to go out whipping up a vote on something like this. This is too serious, this is too much about preserving this great Republic," he added.

Clyburn's comments indicated that the Democratic Party didn't have a united front on impeachment — particularly as Democrats in moderate or pro-Trump districts faced reelection. 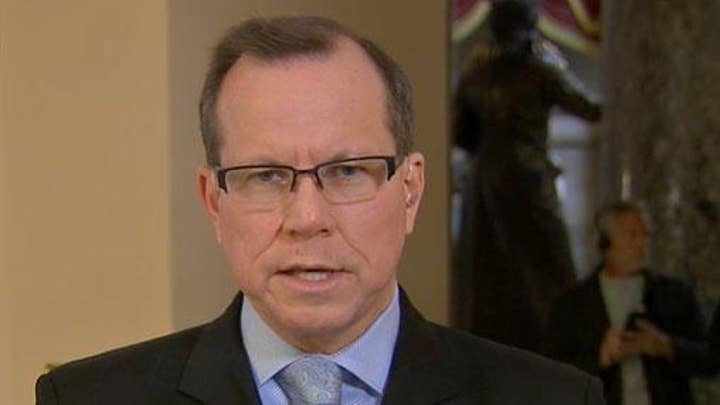 As Majority whip, Clyburn's job is to push members into voting for legislation.

"We do expect to lose some," Clyburn said after CNN's John Berman asked how many Democrats he expected to vote against the impeachment articles.

Despite that caveat, Clyburn supported impeachment as a logical consequence of the evidence that has surfaced in the ongoing inquiry.

"If we cannot vote to impeach with what we had in testimonies last week and what we've seen in news reports this week, then we ought to just modify the Constitution and get rid of impeachment altogether," Clyburn said.

His Friday appearance came amid ongoing impeachment hearings led by House Democrats. On Thursday, House Speaker Nancy Pelosi, D-Calif., told members to proceed with articles of impeachment, potentially making Trump the third U.S. president to be impeached. The Republican-led Senate is expected to reject any request to remove Trump from office.