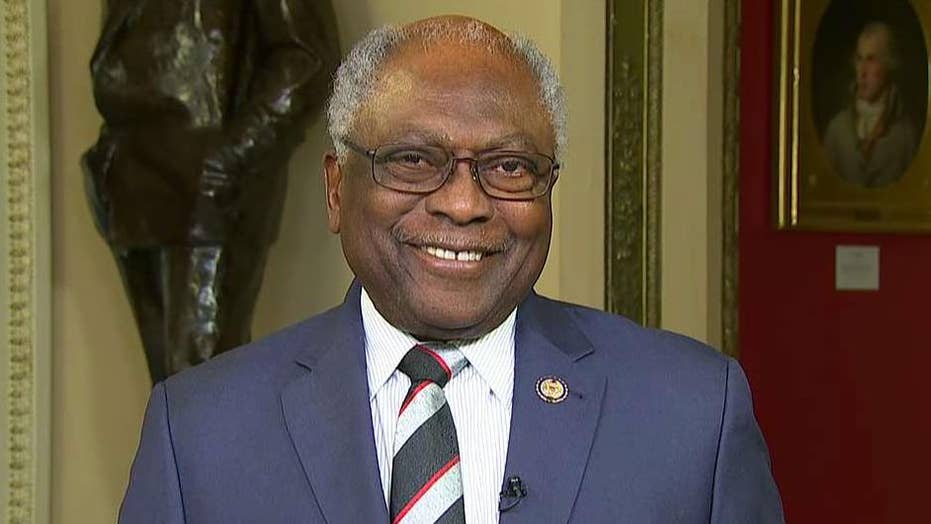 Rep. James Clyburn on the Mueller report and whether Democrats will pursue efforts to impeach President Trump

Democrats are moving on from the Mueller investigation and calls to impeach President Trump, but they still want to see the special counsel's full report House Majority Whip James Clyburn, D-S.C. said.

Clyburn called for the release of the full Mueller report during an appearance on “Outnumbered Overtime" Tuesday afternoon.

Host Harris Faulkner asked Clyburn why Democrats continue to focus on the Mueller report and not move on to other issues.

“We are moving on,” Clyburn responded before mentioning the Affordable Care Act, rural broadband deployment and infrastructure as issues his party is focused on.

“You’re the one camping out with Mueller. We’ve gone on from that,” Clyburn told Faulkner.

Faulkner defended her questioning saying that six Democratic committee heads have called for the full Mueller report to be released before ending the segment for breaking news.

“It seems to me the president is not being consistent here.”