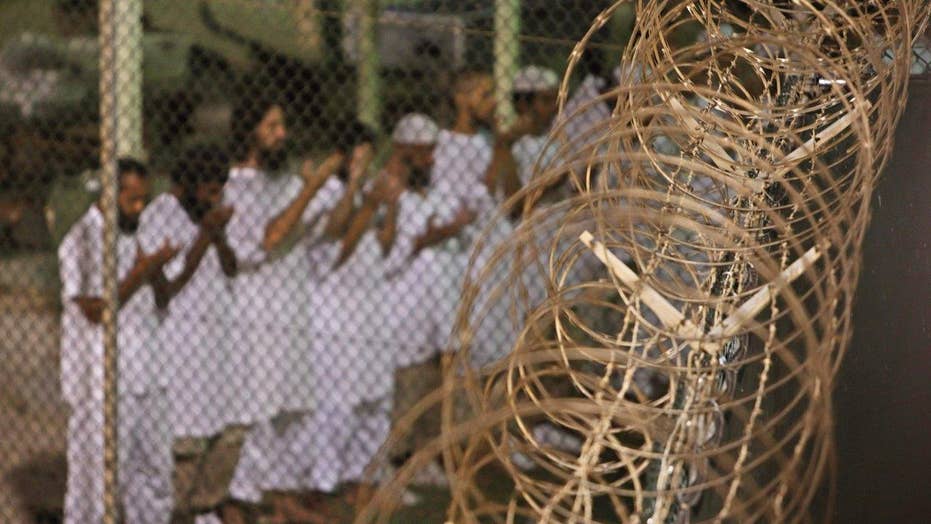 The Obama administration on Thursday quietly transferred 10 Yemeni detainees from the prison at Guantanamo Bay to neighboring Oman – so quietly, in fact, that the news was first reported by state-run Middle East news agencies. And once the news got to Capitol Hill, it set off alarm bells given the host country’s proximity to Al Qaeda’s most active branch.

The transfer is the largest batch of detainees shipped out of the Cuba prison camp so far this year. It is part of a wave of transfers as the administration steps up efforts to shrink the prison population, with the ultimate goal of closing the facility despite congressional resistance.

Fox News reported earlier this week that the 10 detainees were slated for transfer, but the destination at the time was not known. The state-run Oman News Agency published a brief statement Thursday morning saying the detainees had arrived in Oman.

The Omani Foreign Ministry reportedly described the move as a “temporary stay.”

The Defense Department subsequently announced the transfer, and identified the detainees, late Thursday morning, saying the administration coordinated with Oman to ensure the move was conducted with “appropriate security and humane treatment measures.”

According to a statement, Defense Secretary Ash Carter notified Congress in advance. The Pentagon said the individuals “were unanimously approved for transfer by the six departments and agencies comprising the task force,” and said the government is “grateful” to Oman for its “humanitarian gesture and willingness to support ongoing U.S. efforts to close the Guantanamo Bay detention facility.”

Ahead of the announcement, Sen. Kelly Ayotte, R-N.H., slammed the transfer as a “thinly veiled attempt to undercut the will of Congress and would further endanger the American people.”

The administration is banned by law from transferring Guantanamo detainees to Yemen, given the risk in that country. Yemen is not only racked by civil war, but is the home of Al Qaeda in the Arabian Peninsula. At least three previously released Guantanamo detainees have gone on to become leaders with AQAP in Yemen after leaving the camp.

Given that Oman neighbors Yemen, Ayotte described the move as a potential attempt to “circumvent” the congressional ban on sending prisoners to Yemen.

“This potential transfer is all the more troubling in light of the fact that Ibrahim al Qosi, who was released from Gitmo by the Obama administration in 2012, is now reportedly a leader and spokesman for AQAP,” Ayotte said. “… The administration has not been forthright with the American people about the terrorist affiliations and activities of these detainees, or provided sufficient assurances that they will not return to the battlefield, particularly given their possible proximity to Yemen.”

The transfer also coincides with a recent weapons deal. The terms are classified, but the State Department a week ago approved the proposed sale of TOW 2B missiles and supporting equipment to the government of Oman – valued at about $51 million.

The department said the sale would help an ally build its ground defenses and bolster the country's national security and defensive capabilities.

A State Department official told Fox News, though, that the deal and the detainee transfer are unrelated.

The transfer brings the number of remaining detainees to 93.

The transfers are part of an administration effort to bring down the prison camp’s population as much as possible. Fifty-nine prisoners, however, currently are not eligible for transfer abroad, and the administration is trying to figure out what to do with them.

Though Congress has blocked transfers to the United States, the Pentagon nevertheless has conducted a series of site surveys of prisons in the U.S. in the past few months.

President Obama reiterated his goal of closing the camp in his State of the Union address on Tuesday.