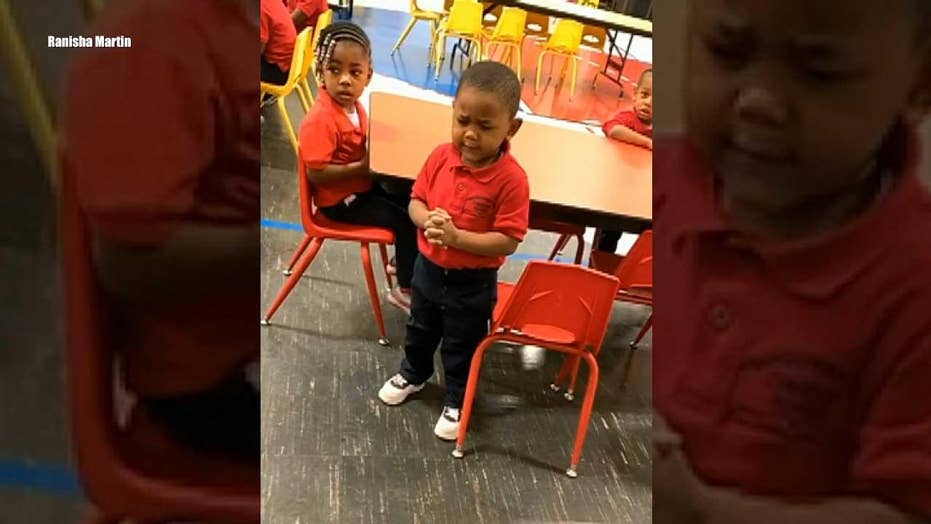 Over the course of the last 30 plus years, I’ve had the privilege of visiting dozens of countries around the world. From South Africa to Australia, to New Zealand, Europe, Russia, Iraq, Korea, Malaysia, Egypt, China and many more foreign lands, I have prayed with people in all settings and circumstances and have personally witnessed the power of their prayers.

All of the people in all of those countries may speak distinct dialects, but I have found prayer to be a universal language – a wonderful, unifying act that pays no attention to class, income, intelligence or any other internal or external factor.

This year’s World Day of Prayer, which dates back to the 19th century and was first organized by a group of Christians committed to global missionary work, comes at a much-needed time in history.

JIM DALY: HOW TO TEACH YOUR KIDS ABOUT GOD

If there was ever a time requiring God’s mercy and divine intervention in the world, today’s events seem to cry out for it.

In thinking recently about the power of prayer around the globe, I was reminded of the 21 Christian martyrs who were murdered by ISIS on the beaches of Libya back in 2015.

Our friends in our ministry’s Egypt office went to work immediately ministering to the families of the murdered men. Thanks to the generosity of several people, we were able to raise enough money to build houses for the surviving family members.

People all around the globe prayed for these devastated families – but I suspect few have ever heard if and how their prayers were felt and if they made a difference.

If there was ever a time requiring God’s mercy and divine intervention in the world, today’s events seem to cry out for it.

To put it mildly, they made all the difference.

When these heartbroken families received reports that the young men had been gruesomely murdered, they were shocked and broken in spirit. But within hours, we were told their emotions gave way to a sense of rejoicing in the eternal reality of the martyrs’ homegoing.

Can you even imagine?

In fact, one father, who didn’t sleep the entire 47 days his son was absent, upon watching the video of the terrible event still managed to sleep that night.

How does one account for this supernatural response? People were praying for this father and all the other families. It can only be explained by turning to the promises made in God’s Word, that “The Lord is close to the brokenhearted and saves the crushed in spirit” (Psalm 34:18).

I heard the other day that the late Adm. James Stockdale, who was imprisoned and tortured for seven years in the infamous “Hanoi Hilton” during the Vietnam War, considered Job to be his favorite book in the Bible.

Stockdale, who once ran for vice president on a ticket with the late businessman Ross Perot, said he prayed daily and leaned heavily on the story of Job’s misery and eventual deliverance throughout his ordeal in Vietnam.

Upon his release, he eventually landed in the classroom and began a tradition of teaching military personnel about the lessons he learned and how they, too, could endure times of trial and tribulation. But he started off each class each year with a single and instructive statement that is at once cold but true:

Indeed, as believers, we often cannot understand what the Lord is up to here in our country or around the world. But we pray.

We cannot always make sense of the seemingly senseless things He sometimes allows. But I think prayer helps us to bridge the chasm, anchoring us to His will and way and teaching us to trust Him when we don’t understand.

I am grateful for the power of prayer. It has sustained me in times of trouble and deepened my walk with the Lord.

On this World Day of Prayer, I invite you to join me in raising our voices to God for help. May we echo the words of Isaac Watts, the 18th-century hymn writer, who famously declared, “Our God, our help in ages past, Our hope for years to come, Our shelter from the stormy blast, And our eternal home.”