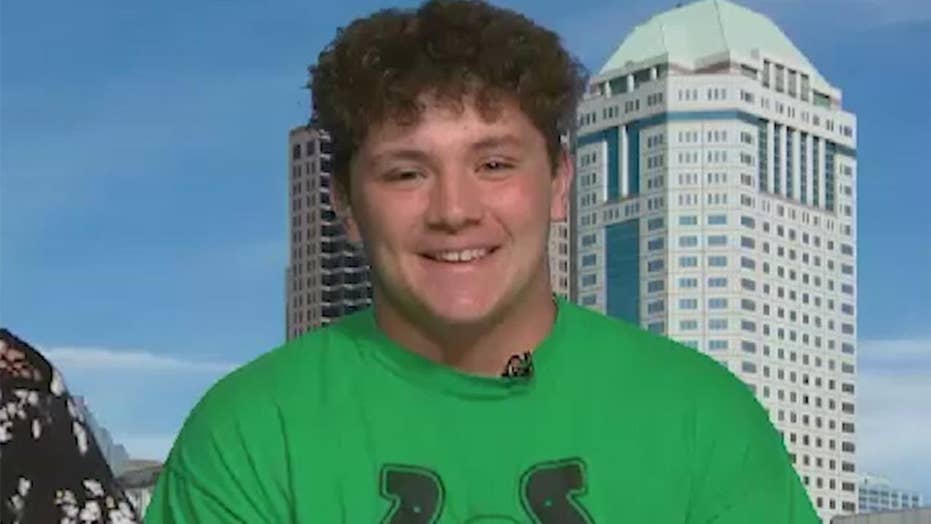 Since 1948, the Gallup organization has published its yearly poll of the world’s most admired men and women.

In the male category, this past year’s offering produced a tie between Presidents Trump and Obama — a stark reminder that a wide swath of the populace can look at the very same people and draw very different conclusions.

Admiration is a subjective thing, of course. Rooted in the emotional side of our brain, one person's pain can be another person’s pleasure. You might consider the qualities that I deem admirable to be inconsequential or even counterproductive and vice versa.

Etymologically speaking, the word “hero” means “protector” or “defender,” and so “heroes” are traditionally considered to hail from positions of strength — presidents, soldiers and in everyday life, first-responders — those who risk their lives to protect ours.

In more recent times, sports figures, entertainers and celebrities of various stripes are often assigned heroic status. In fact, whenever they “fall” from their pedestals for any number of reasons, we often lament their dwindling numbers. What we’re mostly mourning, I think, are people our children can look up to — as well as figures we can aspire to emulate ourselves.

The truth of the matter, though, is that I think there are probably almost as many heroes out there as ever before — it’s just that we’re either valuing the wrong attributes in a person or we’re looking for them in all the wrong places.

As a young boy, I had a bulletin board in my bedroom plastered with sports clippings from the local newspapers and magazines. My childhood scrapbook was likewise filled with highlights from World Series and Stanley Cup championships.

Looking back, I had a pretty low bar for earning my affection. New York Mets relief pitcher Neil Allen became a hero of mine in the early 1980s when he signed a scorebook for me along the first base line at Shea Stadium.

I met retired shortstop Bud Harrelson at a baseball dinner at Baldwin’s (N.Y.) Coral House. I’ve had a warm spot for the scrappy baller ever since. In our backyard, I used to pretend I was Reggie Jackson, dropping my bat after another well-timed October home run.

But as I matured and began to develop a better appreciation for what I thought really mattered, my attention turned away from sports stars and instead to people involved in pursuits and industries that I began falling in love with, specifically politics, radio and even old stars of the silver screen.

In high school, I wrote down the names of the three people I really wanted to meet before I died – Ronald Reagan, Paul Harvey and Jimmy Stewart. I was eventually able to meet Reagan and Harvey, but not the lanky native of Indiana, Pa. All three men are long gone but remain high on my list of people I admire.

Yet in recent years, as I approach midlife and beyond, my assessment of true heroism has shifted yet again.

Heroes come in all shapes and sizes, and in a world that often ascribes status to the rich and the powerful, I have come to believe that true greatness is often quiet and even unassuming.

Heroism is standing up and speaking out when the cultural elites try to bully you into sitting down and staying silent.

It’s a husband and wife remaining faithful to one another for a lifetime. It’s caring for a spouse with Alzheimer’s, a child with Down syndrome or a parent in the sunset of their life.

It’s a mother and father sacrificing for their children, forsaking personal luxuries in lieu of small shoes and expensive school supplies.

It’s the single mom working multiple jobs or the woman, unable to parent, making an adoption plan for her child.

Heroes are pastors in the pulpits on Sunday mornings, proclaiming increasingly unpopular truths — and hours later sitting with a grieving family whose whole lives have been shattered by an incalculable loss.

They’re nurses and medical personnel patiently treating the sick, teachers helping a dyslexic child to read and volunteers at the soup kitchen or parents serving on the local PTA board.

With the Senate impeachment trial beginning, and the presidential election well underway, you can be sure the rancor and the rhetoric are going to rise exponentially in the coming months of 2020.

To paraphrase the old saying, “We ain’t seen nothing yet.”

Through it all, take a big, deep breath and look for the heroes, many of whom won’t be in the headlines but instead in your own homes and neighborhoods.