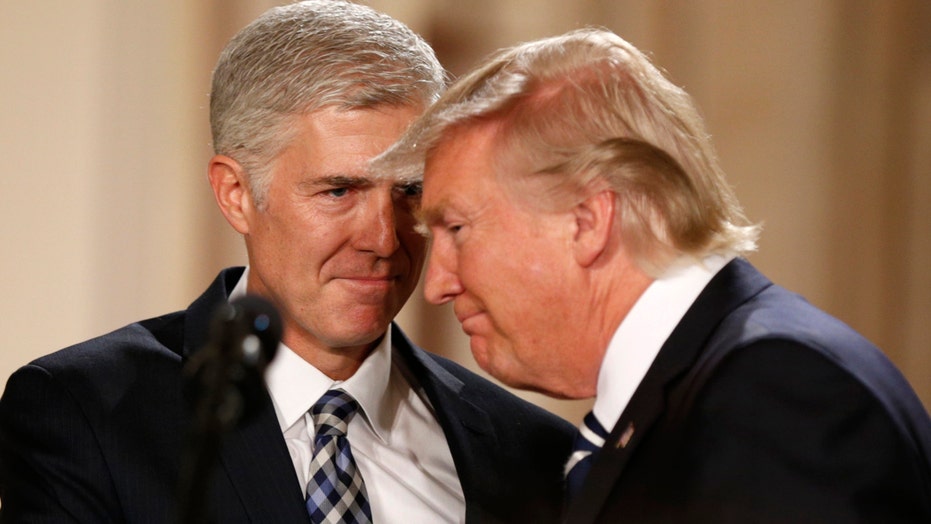 This past November, record numbers of voters said that one factor dominated their Presidential vote: nominations to the Supreme Court. The reasons for this are not hidden. Judges matter. The American people understand that with a life appointment to the highest court in the land, a Supreme Court Justice can shape laws that directly affect our lives for a generation or more.

Citizens in our state of Nevada and across the nation have come to recognize what is at stake when unelected judges elevate their personal policy preferences over the laws passed by our elected legislatures.

So, too, has recent history shown Americans how much harm federal bureaucrats can cause to individual Americans and American businesses when they make administrative law that is far beyond what Congress ever intended or authorized. In Nevada, we’ve spent the last few years successfully challenging just such federal overreach.

Being on the front lines of federalism, we are keenly aware of the difference that judges make. Some judges contain government on behalf of our Constitution and the federalist system it created; others empower government in a way that continuously undermines that system.

In our experience, an excellent federal judge must possess two traits that are rare to find in the same individual: first, judicial modesty, meaning a temperament that does not seek to substitute the judge’s will over the legislatures’, but second, constitutional courage, meaning a willingness to hold our massive federal bureaucracy accountable to the Constitution and to the lawmaking authority of Congress.

In light of that standard, we are thrilled with President’s Trump’s nomination of Judge Neil Gorsuch. Any judge nominated to the Supreme Court can talk the talk of “strictly applying the law,” calling “balls and strikes,” and other catch-phrases. But a judicial record reveals far more than a carefully crafted answer in a confirmation hearing. In a decade of serving on the 10th Circuit, Judge Gorsuch’s record reveals a commitment to these critically important, twin judicial qualities.

First: judicial modesty. Long before Judge Gorsuch was a Supreme Court nominee—indeed, before he was even a judge—he recognized that while a judge’s role is important, it is also limited. And the judge’s role is distinct from, and deferential to, the policy-making role of the elected legislature. He expressed concern that some had “become addicted to the courtroom, relying on judges and lawyers rather than elected leaders and the ballot box, as the primary means of effecting their social agenda ….” When unelected judges abuse their position to impose their policy choices on the people, Gorsuch correctly observed that “respect for the role of judges and the legitimacy of the judiciary branch as a whole diminishes.”

Much more recently, in a memorial tribute to Justice Scalia, Judge Gorsuch reiterated the same judicial humility, opining that judges should “strive (if humanly and so imperfectly) to apply the law as it is, … not to decide cases based on their own moral convictions or the policy consequences they believe might serve society best.” Judge Gorsuch’s record as a federal judge evinces this approach to deciding cases.

But Gorsuch understands that unelected judges are not the only ones who can usurp the Constitutional power—unelected bureaucrats do that too. Judge Gorsuch has demonstrated the courage needed to rein in federal agencies when they stray from the actual text and structure of our laws and the Constitution from which they arise.

A few examples are illustrative. Relying on federal law that authorized it to regulate mining operations on “Indian land,” the EPA sought to regulate a mine that wasn’t actually on Indian land, but was only beside neighboring Indian land. When the case came before Judge Gorsuch, he rejected the EPA’s aggressive and extra-textual assertion of its statutory authority, emphasizing that “Congress—not the courts, not the states, not the Indian tribes—gets to say what land is Indian country subject to federal jurisdiction.” The EPA could not claim authority beyond what Congress had given.

Indeed, Gorsuch’s respect for our Constitutional separation-of-powers and his skepticism of an unelected, unconstrained federal bureaucracy has led him to question whether judges generally have given too much deference to executive agency decision-making. Broad deference to agency interpretations of the law, Gorsuch has written, establishes “a judge-made doctrine for the abdication of the judicial duty … an arrangement that seems pretty hard to square with the Constitution of the founders’ design.” Millions of Americans that cast their Presidential vote with a Supreme Court appointment in mind undoubtedly agree with that.

As our next Supreme Court Justice, Neil Gorsuch has demonstrated that he would faithfully apply the law as written, not as he wishes it were written. But more than that, his rulings will provide an on-going civics lesson on the proper role of judges.

Adam Paul Laxalt is the 33rd Attorney General of the State of Nevada and Lawrence Van Dyke is Nevada’s Solicitor General.