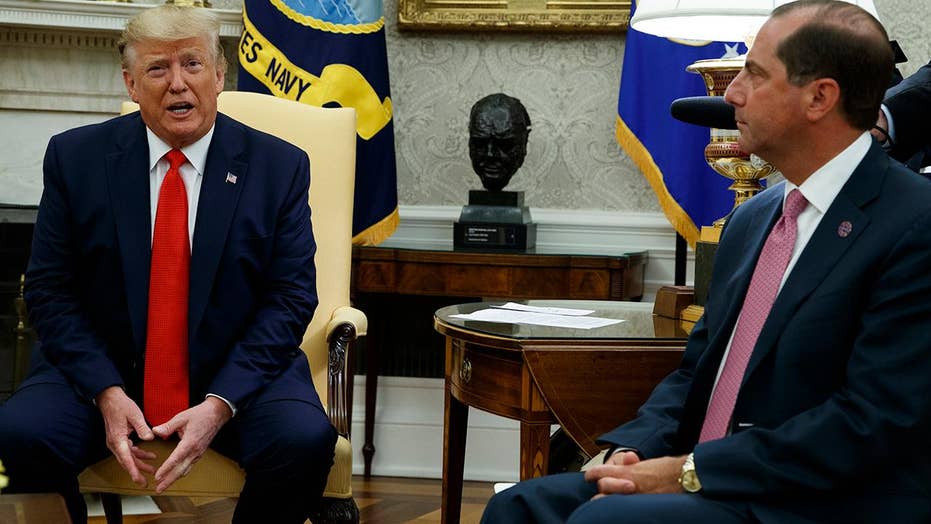 At least six deaths linked to vaping have been now reported.  As the number of vaping-related illnesses has continued to rise, at least 450 cases in 33 states, the Trump administration is making it clear it is going to get in front of this emerging crisis.

Cigarette smoking remains the leading cause of preventable disease and death in the United States, accounting for more than 480,000 deaths every year (about 1 in 5 deaths).  Because of the known risk of disease associated with smoking tobacco, for decades as a medical community we have tried to lower the usage of such products.

Electronic cigarettes have gained popularity within the last several years to counter the tobacco cigarette prevalence. Electronic cigarettes (e-cigarettes) are characteristically battery-operated devices that can be used to inhale an aerosol, typically containing nicotine, flavorings, and other chemicals.

As more young adults are being hospitalized with acute lung damage following the use of e-cigarettes, the medical community is beginning to look closer at the additives in the inhalants and why so many “kids” are falling ill.

Often certain oils such as Vitamin E are added to the THC-containing and various flavored e-cigarettes as a preservative. The device is heated by a battery which causes the oils to turn into a vapor to be inhaled. However, once the chemicals are inhaled and settled in the lungs, it cools to body temperature which causes the chemicals to reform their original structure. This is what seems to be causing a chemical pneumonitis (inflammation of the lung) yet no one specific ingredient or contaminant has been identified in all cases.

As originally intended, many Americans have been able to transition from traditional tobacco cigarettes to e-cigarettes, which are considered less harmful. However, we must be reminded of the way the opioid epidemic began.

A product with good intentions and legitimate use was introduced to the market. Unfortunately, because of varying factors, prescription opioids were misused and led to far worse addictions such as heroin.

Analogous to the development of opioids for treating complex pain, the utility for vaping electronic cigarettes has become dichotomous.  Meaning, good intentions and valid use aside, we are also seeing an uptick in nicotine-addictions in our country.

Unfortunately, the goal for the development of e-cigarettes, like prescription opioids, was to treat an illness, in this case an addiction to tobacco cigarettes, yet they are being utilized by people without a smoking history.

Not only have young people been subject to alluring advertising, but e-cigarettes are readily accessible, offer various flavors, and the belief that they're safer than cigarettes have helped make them appealing.

Although it’s essential to remove the negative effects of inhaling tobacco smoke from the American population, we must remember nicotine itself harbors health risks.

Not only does nicotine pose a risk for heart disease but it can also impact the lungs, GI system, immune function and reproductive health. Because of the proven risks of nicotine to the body, it is necessary to thwart the growing crisis of nicotine addiction in youth and non-tobacco smoking adults.

As the mother of a teenager, I can tell you that e-cigarettes are quite popular among adolescents.  In fact, vaping is now the most commonly used form of tobacco among youth in the United States with up to 25% of teens reporting using e-cigarettes.

In addition to the unknown short and long-term health effects of such a new product, early evidence is showing that e-cigarette use may serve as a gateway device for preteens and teens. Often these kids then go on to use other tobacco products, including tobacco cigarettes.

In fact, a study concluded that high school students who used e-cigarettes in the last month were approximately 7 times more likely to use traditional cigarettes when asked 6 months later.

Vaping companies such as Juul have even been disparaged for appealing to young adults and children with flavors such as mango and crème with targeted advertising tactics.  However, rebuking profit-mongering corporations does little to solve a growing crisis, as we know.

This week, following an Oval Office meeting with President Trump between Health and Human Services Secretary Azar, the Food and Drug Administration announced they are finalizing their guidance to eliminate all non-tobacco flavors of e-cigarettes from the market within 30 days to make e-cigarettes less tempting to the younger population.

Too much money is being spent and far too many Americans are still dying from tobacco cigarettes. Like prescription opioids, e-cigarettes may still have a role in helping us reduce this devastation.  However, we must be careful with usage and swiftly end this new generation of nicotine addiction that is wreaking havoc among our youth.  Eliminating the flavors is a step forward.  Will it be enough?