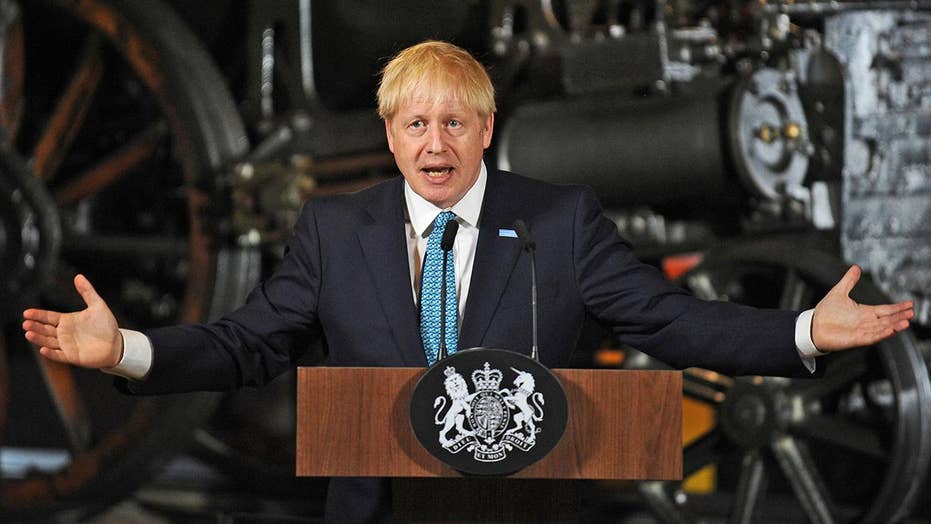 British Prime Minister Boris Johnson is desperate to translate the British public’s June 2016 vote to leave the European Union into a concrete Brexit.

But the real issue is far older and more important than whether 52 percent of Britain finally became understandably aggrieved by the increasingly anti-democratic and German-controlled European Union.

England is an island. Historically, politically and linguistically, it was never permanently or fully integrated into European culture and traditions.

The story of Britain has mostly been about conflict with France, Germany or Spain. The preeminence of the Royal Navy, in the defiant spirit of its sea lords, ensured that European dictators from Napoleon to Hitler could never set foot on British soil. As British Admiral John Jervis reassured his superiors in 1801 amidst rumors of an impending Napoleonic invasion, “I do not say, my lords, that the French will not come. I say only they will not come by sea.”

Britain’s sea power, imperialism, parliamentary government and majority Protestant religion set it apart from its European neighbors — and not just because of its geographical isolation.

The 18th century British and Scottish Enlightenment of Edmund Burke, David Hume, John Locke and Adam Smith emphasized individualism, freedom and liberty far more than the government-enforced equality of result that was favored by French Enlightenment thinkers such as Jean-Jacques Rousseau. It is no accident that the American Revolution was founded on the idea of individual freedom and liberty, unlike the later French Revolution’s violent effort to redistribute income and deprive “enemies of the people” of their rights and even their lives.

France produced Napoleon, Italy had Mussolini, and Germany gave the world Hitler. It is difficult to find in British history a comparable dictatorial figure who sought Continental domination. The British, of course, were often no saints. They controlled their global empire by both persuasion and brutal force.

But even British imperialism was of a different sort than Belgian, French, German, Portuguese or Spanish colonialism. Former British colonies America, Australia, Canada, India and New Zealand have long been democratic, while much of Latin America, to take one example, has not until recently.

In World War I, the British lost nearly 1 million soldiers trying to save France and Belgium. In World War II, England was the only nation to fight the Axis for the entirety of the war (from September 1939, to September 1945), the only Allied power to fight the Axis completely alone (for about a year from mid-1940 to mid-1941), and the only major Allied power to have gone to war without having been directly attacked. (It came to the aid of its ally Poland.)

Historically, Britain has looked more upon the seas and the New World than eastward to Europe. In that transatlantic sense, a Canadian or American typically had more in common with an Englander than did a German or Greek.

Over the last 30 years, the British nearly forgot that fact as they merged into the European Union and pledged to adopt European values in a shared trajectory to supposed utopia.

To the degree that England remained somewhat suspicious of EU continentalism by rejecting the euro and not embracing European socialism, the country thrived. But when Britain followed the German example of open borders, reversed the market reforms of Margaret Thatcher, and adopted the pacifism and energy fantasies of the EU, it stagnated.

Johnson’s efforts as the new prime minister ostensibly are to carry out the will of the British people as voiced in 2016, against the wishes of the European Union apparat and most of the British establishment. But after hundreds of years of rugged independence, will Britain finally merge into Europe, or will it retain its singular culture and grow closer to the English-speaking countries it once founded — which are doing better than most of the members of the increasingly regulated and anti-democratic European Union.

Southern European countries can never fully repay their loans from German banks. The dissident Visegrád Group, comprised of the Czech Republic, Hungary, Poland and Slovakia, seeks to create a mini-alliance inside the EU that promotes secure borders, legal immigration only, nuclear power, and traditional values and Christianity.

Britain has a last chance to re-embrace the free-market democratic world that it once helped to create — and distance itself from the creeping statism it once opposed.