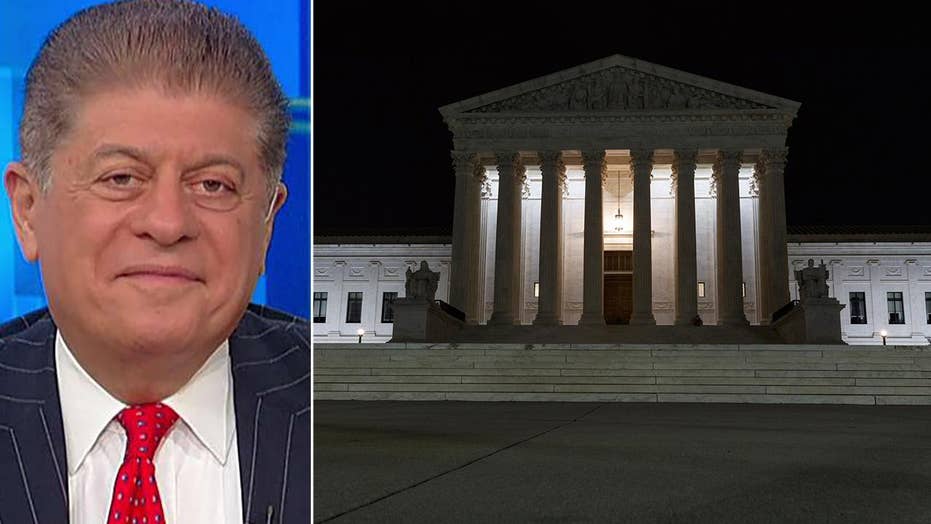 The Supreme Court ends all injunctions that blocked a White House ban on asylum for anyone trying to enter the U.S. through a third country.

The Supreme Court’s decision late Wednesday allowing the Trump administration to implement its policy making it harder for migrants to qualify for asylum in the U.S. is a victory not just for President Trump, but more importantly for the American people and for the rule of law.

In its decision, which only saw two dissenting justices, the Supreme Court upheld President Trump’s right to require that people fleeing their own country claim asylum in the first safe country they enter.

The high court ruling is a matter of common sense. Asylum is meant for relief for persecution – not for the purpose of picking a country solely because it is more desirable and can provide migrants with better-paying jobs and a higher standard of living.

With this win, President Trump will undoubtedly be able to reduce illegal immigration drastically – something the vast majority of U.S. citizens want.

The high court ruling is a defeat for U.S. District Court Judge Jon Tigar in San Francisco, who issued an order saying that until a final ruling in the lawsuit and appeals – which could take years – the new Trump asylum policy couldn’t go into effect anywhere in the United States.

If Tigar would have been allowed to get away with this outrageous power grab, he could have singlehandedly blocked President Trump from carrying out the president’s duty to protect our nation from the threat of illegal immigration.

In his 2016 election campaign, candidate Donald Trump made it very clear that he would enforce America’s immigration laws. He won the election in part because of that promise and has shown a fierce determination to keep it – unlike some other politicians who ignore campaign promises after Election Day.

During my 22-year law enforcement career, Trump is the only president I’ve served under who refuses to take “no” for an answer. However daunting the task at hand, he continues to defy all odds as he fights on behalf of the American people.

In April 2017, the U.S. Border Patrol apprehended the fewest number of people crossing the border illegally in 45 years. The drop was predicated upon the belief that if you crossed the border illegally, you would be held in custody pending the outcome of deportation or asylum proceedings.

Why did this happen? Because migrants understood that President Trump was serious about enforcing our immigration laws. He almost singlehandedly was responsible for the biggest drop in illegal immigration to the lowest levels in our recent history.

Due to judicial activism and far-left policies, however, illegal border crossers were not held in custody but were released to disappear and never show up for their court appearances. This liberal policy is known as catch-and-release and it is what spurred the most recent crisis at the border.

When confronted with activist judges and special interest groups, most politicians roll over and accept “no” for an answer. President Trump does not.

With next to no help from Congress, and in the face of daunting odds, President Trump used business acumen to get Mexico to agree to the Migrant Protection Protocols, more commonly known as the Remain in Mexico policy.

To get this agreement, President Trump played hardball and was accused by many on the radical left of “weaponizing” tariffs. In reality, he stayed within the laws and within his authority. He hammered out a deal that his predecessors would have loved to have but couldn’t make happen because they didn’t have President Trump’s political will or negotiating skills.

Notwithstanding the president’s right to set immigration rules within the law, the most activist federal appellate court – the infamous 9th Circuit – struck down the president’s executive authority, upholding Tigar’s authority to block the Trump asylum policy in the states covered by the appeals court.

As is their custom, President Trump’s critics will cry foul. But because they don’t have the law or facts on their side, they will certainly resort to name calling.

Instead of taking a moment to look at all of the good President Trump is doing for the United States or giving him credit for protecting the American public, they will call him a racist, a xenophobe, and all the other ridiculous buzz words they use as a first line of defense.

And as usual, the mainstream media will run with sensational misleading headlines instead of reporting the facts and giving credit where credit is due.

I am not worried about the mainstream media. I’ve had the opportunity to discuss border security with President Trump on many occasions and I can personally attest to the fact that his policies are not rooted in racism or xenophobia. Rather, they are based on his deep caring for our country and our citizens.

Against all odds, the president keeps winning, and I’m confident that my fellow Americans will look at both the law and the facts and judge president Trump on his record of accomplishments and his obvious deep love for the United States.