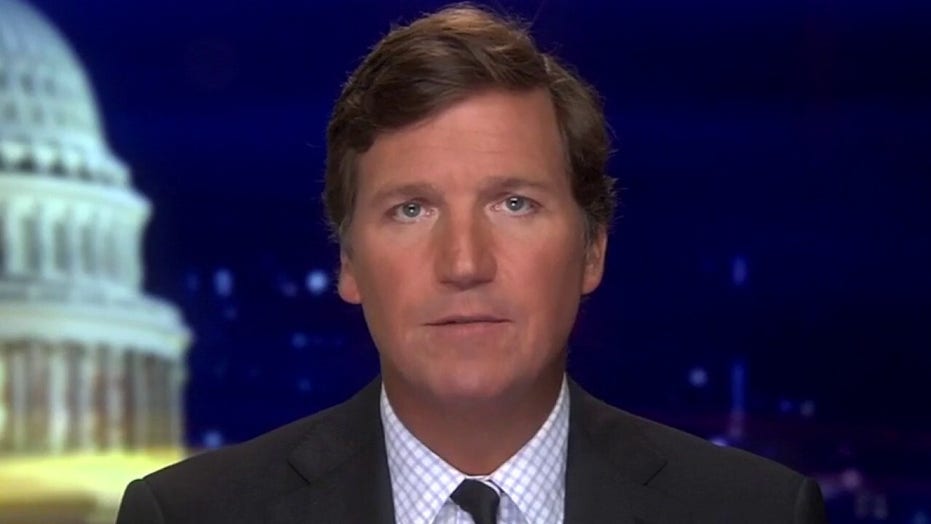 We've done a number of segments on "Tucker Carlson Tonight" about Tara Reade and her allegations against Joe Biden. We've told you about Biden's weird reaction to the charges -- he stammered when asked.

We told you at length about the infuriating, the sickening hypocrisy of the media and the professional feminist movement. "Believe all women!" No, they don't. It depends on the politics.

But one thing we have not yet addressed in any detail is Reade's story itself. What exactly does she say happened between herself and Joe Biden? Is there any evidence to back it up?

In retrospect, we probably should have started there, which is really at the beginning. So, we want to take you through the details of the story. Why? Because we think we're going to be hearing a lot more about it, and it's good to be grounded in what the facts are.

And here they are. Tara Reade worked as an aide in Joe Biden's Senate Office in Washington from December 1992 through August of 1993. In a recent interview with a journalist named Katie Halper, Reade said that in the spring of 1993, she found herself alone with Joe Biden in an isolated corner of Capitol Hill. She later said it was in the basement of a Senate Office building, but it was in the Senate somewhere.

Biden, she said, pinned her against the wall, kissed her and then reached up under her skirt and penetrated her with his fingers. It is horrifying. Reade recalls that she pulled away from Biden when he did this. And as she pulled away, he became angry. "You're nothing to me," she says Biden hissed at her.

Reade says she complained to superiors about being harassed by Joe Biden but didn't provide any of these horrifying details. A short time after she complained, she was fired. That's what she says.

Now, did this happen? Did this assault in its particulars take place? So, we can't really know for sure, of course. It was more than 25 years ago. But here's the evidence Reade points to, to support her case.

Two unnamed friends of Reade's apparently have spoken to media outlets to say they heard Reade complain about harassment from Biden at the time. Reade's brother and a former neighbor also say they heard something about it.

Then there's a recently unearthed CNN clip from 1993 in which an unnamed woman calls into "Larry King Live" and asks Larry King what her daughter should do about problems with a U.S. senator.

Unidentified woman: Yes. Hello. I'm wondering what a staffer would do besides go to the press in Washington. My daughter has just left there after working for a prominent senator and could not get through with her problems at all. And the only thing she could have done was go to the press and she chose not to do it out of respect for him.

King: So she had a story to tell, but out of respect for the person she worked for, she didn't tell it.

Now that clip just emerged. It was found by someone on Twitter, and that's a real clip.

Those of us who cover it [the Reade-Biden story] going forward should be very wary of being used. Again, this is a presidential year. Weigh everything against the facts. Take nothing for granted. The one thing you can be certain of this year is you're being lied to.

Reade says the woman you heard is her mother. We can't confirm that because her mother has since passed away. But the facts, at least in broad outline, seem to match. The caller identifies herself as being from San Luis, Obispo. Reade's mother lived there at the time, and that seems compelling. We covered it on the show.

But there is evidence on the other side as well, and we feel honor-bound to tell you about it.

Just last year, Tara Reade told a very different story about what happened with Joe Biden. In 2019, she said he touched her inappropriately on the neck and shoulders. She said not that she was fired for complaining about harassment, much less being penetrated by Joe Biden. She said she was fired because she refused to serve drinks at an event.

And that was the version of the story that Reade's brother remembered when he was asked. When her brother told reporters that Reade had mentioned Biden touching her neck and shoulders, he did not mention anything about assault. Several days later, Reade's brother texted the reporters to say he also now remembered Reade saying that Biden had reached under her clothes and assaulted her.

Then there's the question of Reade's politics. We normally wouldn't get into that because it's not germane. But keep in mind this story is unfolding during a presidential campaign. And it's also playing out against the backdrop of fierce infighting within the Democratic Party.

The infighting you may not know much about unless you're connected to the Democratic Party. But it's intense, and it's between establishment forces, the people who support Joe Biden who are backing him in this election, and between the many Democrats who still support Bernie Sanders.

Now, Tara Reade appears to be strongly in the Bernie Sanders camp. On March 3rd, Intercept reporter Ryan Grim tweeted this: "A head-to-head Biden versus Sanders contest will force voters to take a close look at Biden again. That went very badly for him last time."

Now did Grim suggest that we'd be taking a close look at Joe Biden? Reade responded this way: "Yup. Timing. Wait for it. Tic-toc."

Well, that's cryptic. Was Tara Reade referring when she said "tic-toc" to her plans to announce the assault story, suggesting it was politically timed? We don't know that. We have no evidence of it. But it's interesting and of course, it's possible.

It is notable that before Joe Biden started beating Bernie Sanders in the primary, Tara Reade wasn't attacking Joe Biden. Instead, she had effusively positive things to say about him.

In 2017, Tara Reade repeatedly praised Joe Biden for his work against sexual assault. At one point, Reade wrote this: "My old boss speaks the truth." She was liking comments that Biden had made saying he opposed the sexual assault of women.

In retrospect, knowing all that we know now about what Reade says happened, statements like that are baffling. They're hard to understand or to explain. 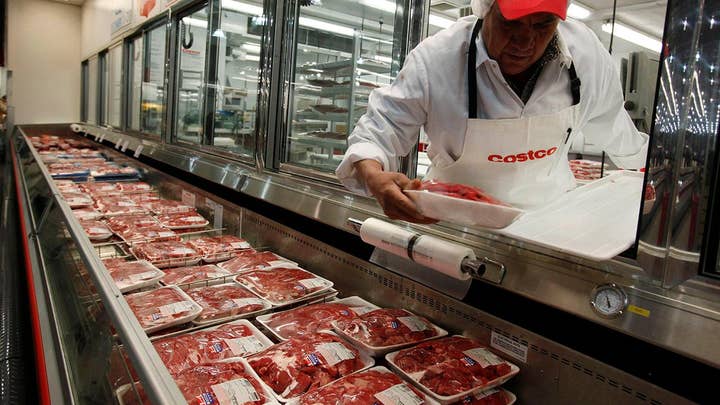 Now as we learned so bitterly during the Brett Kavanaugh hearing, political imperative sometimes influence claims like this. That does not mean that Tara Reade is some kind of liar or is a devious partisan. We don't know that is true, and we are not saying it now. To be clear, we are not asserting that.

But the timing does mean -- and this is our duty --  that we ought to keep our guard up as this story progresses. Those of us who cover it going forward should be very wary of being used.

Again, this is a presidential year. Weigh everything against the facts. Take nothing for granted. The one thing you can be certain of this year is you're being lied to.

So, that's what we know so far about the Tara Reade story. Those are the facts. Decide for yourself what you make of them. We'll be updating it regularly.