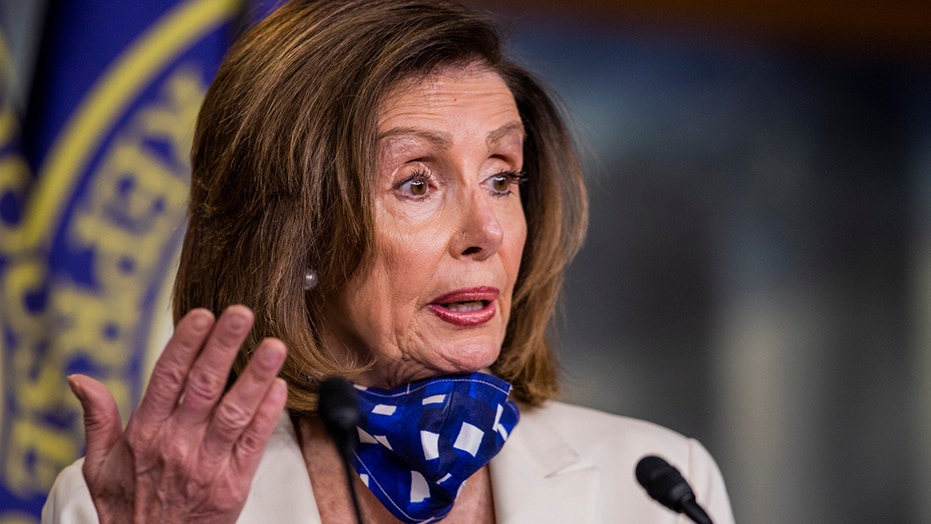 The San Francisco Democrat did, however, agree with Biden’s request for a search of Senate documents held by the National Archives, to see if any proof exists of a complaint by former Senate staffer Tara Reade about Biden from 1993, when Reade claims the alleged sexual assault occurred.

Pelosi shared her views Tuesday in an interview with MSNBC’s Ari Melber.

It was the host who asked Pelosi whether she considered the case against Biden – meaning the allegations by Reade – to be a “closed issue.”

“Well, it is for me,” Pelosi responded.

"I have said I am proud to support Joe Biden for president,” Pelosi said. “I believe him when he says it didn't happen. But I also believed him when he said, ‘Let them look into the records.’ And that's what they should do.

"I believe him when he says it didn't happen. But I also believed him when he said, ‘Let them look into the records.’ And that's what they should do."

"But I'm not going to answer this question again,” she added. “I will just say, I have every confidence that Joe Biden will be a great president of the United States.”

The remarks were a reiteration of Pelosi’s previous support for Biden, which she previously expressed last Friday, after Biden appeared on MSNBC’s “Morning Joe” – where he unequivocally denied the accusations made against him.

"I have said ... I am proud to have endorsed Vice President Biden," Pelosi said Friday during a conference call with the Congressional Hispanic Caucus. "I thought that he dealt with it -- a complete denial, support for women.”

A day earlier, Pelosi also revealed some frustration with having to face reporters’ questions about Biden. At one point in a U.S. Capitol news conference, she snapped at a reporter who inquired about Reade’s accusations against the former vice president, saying, “I don’t need a lecture or a speech.”

The Washington Examiner's Kerry Picket had asked whether Democrats had a different "standard" for Biden than for then-Supreme Court nominee Brett Kavanaugh, for whom Democrats were demanding an FBI investigation over an alleged assault when he was a teenager.

Meanwhile, it remained uncertain this week whether Senate records from 1993 would be made accessible to the public – or to anyone else, for that matter.

Senate Secretary Julie Adams issued a statement Monday saying that "the Secretary has no discretion to disclose" the information or records that Biden asked for -- specifically a complaint that Reade claims she filed with what at the time would have most likely been the Office of Fair Employment Practices.

Adams said she can't even confirm if the records exist, and not even those involved in original complaints from the time can see them.

Further, the University of Delaware -- which has additional Senate records that Biden insists are irrelevant to the allegations at hand -- told Fox News on Tuesday that those files are closed to the public for now, absent Biden's “express consent.”