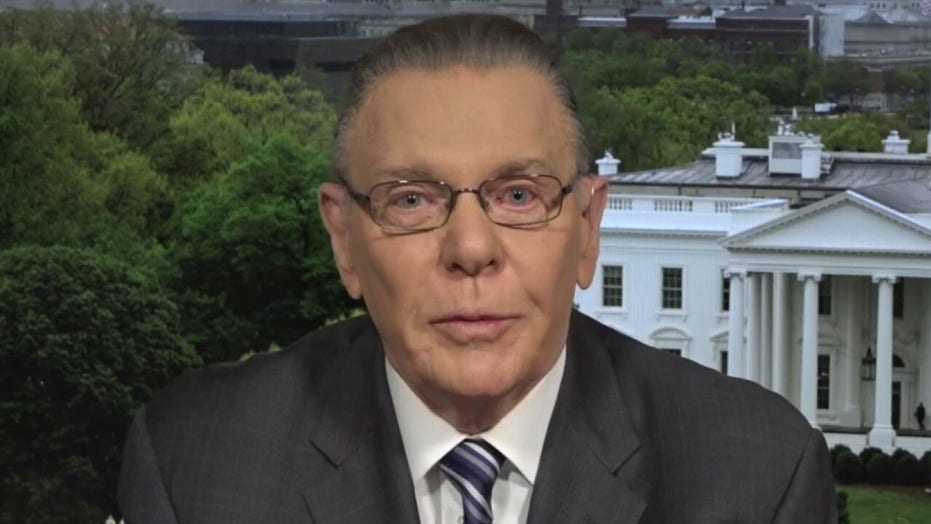 Gen. Jack Keane discusses Chinese state media taking aim at Mike Pompeo after he said there was 'enormous evidence' the virus came from a Wuhan lab

In a world beset by the COVID-19 pandemic, we find ourselves engaged in a verbal arms race. Beijing kicked it off with an unprecedented — and completely outlandish — public relations campaign denying responsibility for the outbreak. They went so far as to suggest the U.S. brought the virus to Wuhan.

That was in March.

A few weeks later, after U.S. officials retaliated in the war of words, China backed off.

Now, Beijing is back, more aggressive than ever. Further, the U.S. intelligence community has found striking similarities between the disinformation operations of China, Iran and Russia. They are unquestionably working together. So, what is up with China’s cavalcade of coronavirus canards?

There are several scenarios that might explain the regime’s behavior.

You Can’t Always Get What You Want

There is no question of Chinese malfeasance. The damning facts are indisputable. China significantly delayed — by weeks and perhaps even months — reporting the virus, as required under international health regulations. That catastrophically slowed the world’s response effort and sped the spread.

Even today Beijing has not fully disclosed necessary information. For example, it still hasn’t shared samples of the original virus — samples which are key to analyzing and developing effective countermeasures.

Compounding this fatal lack of cooperation is the unconscionable fact that the regime let many tens of thousands leave the country, even though officials knew these travelers could be carrying the virus and that disease was extremely contagious and could be lethal to vulnerable populations.

Obviously, China is at fault. Yet some in the West continue to pummel the administration for blaming Beijing for the outbreak. The Atlantic recently ran an Anne Applebaum commentary entitled “The Rest of the World Is Laughing at Trump.” The subhead added: “The president created a leadership vacuum. China intends to fill it.”

Reading that in Beijing, Chinese Communist Party officials must take heart. You can almost hear them thinking, "Hey, if Trump’s critics are happy to peddle narratives favorable to us, why shouldn’t we double down?”

What we know for sure is that the Chinese Communist Party is the most destabilizing force in the world today. It is a real threat to peace, prosperity and security around the globe.

Applebaum leads her article with a faithful transcription and description of a propaganda video produced by Xinhua, the official Chinese news agency. The cartoon video argues that, in responding to the virus, China has been blameless and compassionate, while the U.S. has been feckless.

Yet no one in China is seeing this content. Twitter is blocked in China. These falsehoods are produced entirely for foreign consumption. 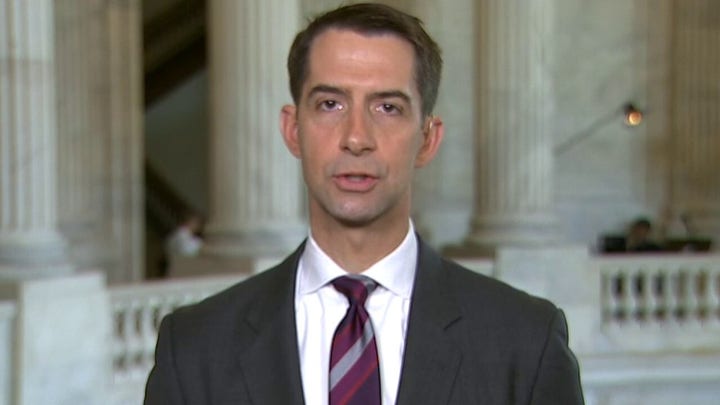 Band on the Run

Another scenario holds that Beijing’s propaganda is an attempt to make the most of the pandemic. With the West and our Asian allies focused on responding to COVID-19, China is using this chance to pump up its international stature and pull more governments into its orbit.

One theory, advanced by Sen. Tom Cotton, R-Ark., and others, holds that the Chinese Communist Party intentionally let the virus spread to take advantage of the economic chaos they knew would follow. The disinformation campaign seeks to present China as the White Knight come to save the day.

The third explanation is that Beijing isn’t being proactive and deliberate at all. Rather, the Chinese Communist Party is scrambling in the face of unprecedented backlash. Ironically, what sparked the backlash isn’t just Beijing’s denial of its obvious culpability for the global outbreak, but its subsequent attempt to stem criticism by heavy-handed bullying and lying.

The China Institutes of Contemporary International Relations, a think tank affiliated with the Chinese Ministry of State Security, recently released a report concluding that anti-Chinese attitudes around the world are at an all-time high — the worst hit to China’s influence and reputation since the 1989 Tiananmen Square massacre.

So perhaps the Chinese disinformation campaign is the desperate, geopolitical equivalent of “throwing spaghetti at the wall and hoping some of it sticks.”

Who knows the real motivation driving the Chinese Communist Party?

What we know for sure is that the Chinese Communist Party is the most destabilizing force in the world today. It is a real threat to peace, prosperity and security around the globe. We know, too, that the U.S. and the rest of the free world must stand up to this threat, or things will only get worse.

While the verbal arms race continues, we must remember that actions speak louder than words. In the U.S., job one has to be to get America back in business. Then, we must help lead the free world to broader economic recovery. And, finally, we demonstrate the resolve and capacity to defend our interests against all-comers — China not the least.