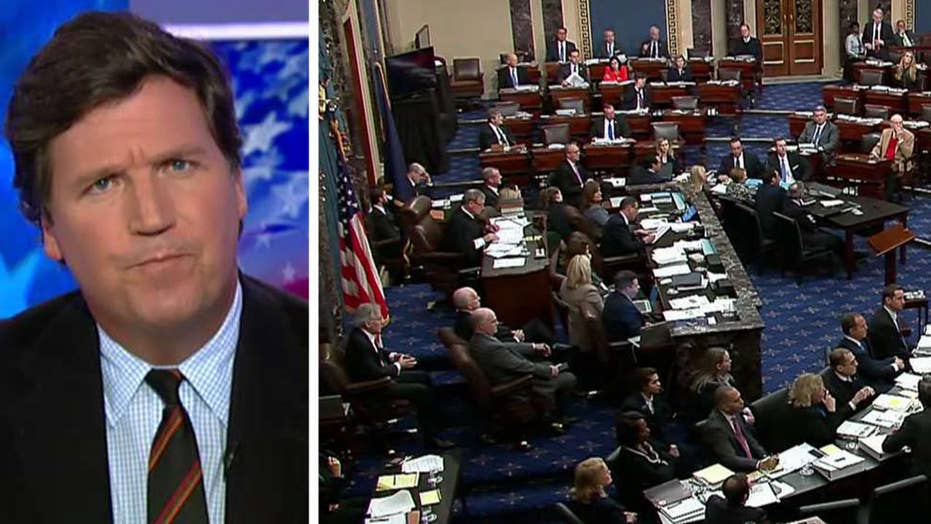 If you watched Tuesday, you know that parts of the impeachment proceedings have been stultifyingly boring, but they have generated some fairly amusing and revealing video clips.

For example, Sen. Chuck Schumer explained how even with no chance of removing President Trump at the end of the process, impeachment is still absolutely necessary for this country, and every other problem we face must go on hold to pursue it.

TRUMP, IN DAVOS, APPEARS CONFIDENT OF SENATE IMPEACHMENT TRIAL OUTCOME: 'WE HAVE A GREAT CASE'

Sen. Chuck Schumer, D-N.Y., Senate Minority leader: The only power that the American people have when the president abuses power, other than elections, is this impeachment process.

Well, it turns out we've been in this place before if you're getting a creeping feeling of deja vu -- impeachment, Chuck Schumer.

Yes, you're not misremembering it. It was a little over two decades ago that Schumer waded on another impeachment -- Bill Clinton's -- with a very different take.

It seems to me that no good case has been made for witnesses.

There's no need to continue forward because there are certainly not two thirds for impeachment.

Okay, it wasn't a completely different point of view. Chuck Schumer was still extremely sad about impeachment, even back then. But was he prayerful? We'll be investigating that. We'll bring you the news when we find it.

The saddest, though, of all is that even if this impeachment trial ends quickly -- and it may -- in some sense, it may never really stop.

Congresswoman Maxine Waters of Los Angeles is pointing the way for her party. If this impeachment fails, she is telling us, we'll just try something else.

Rep. Maxine Waters, D-Calif.: We will not stop. Whether or not that leads to another impeachment activity, I don't know. But I know we must continue with the work that our constituents have elected us to come to Congress to do.

Hunter Biden, of course, is at the heart of this story. So far, it means unclear whether we will see him here in Washington, whether he'll testify during this trial. Mitch McConnell doesn't seem to want him to.

Congressman Adam Schiff, meanwhile, says that asking Hunter Biden about what were clearly corrupt business dealings in Ukraine is not a valid use of the public's time. 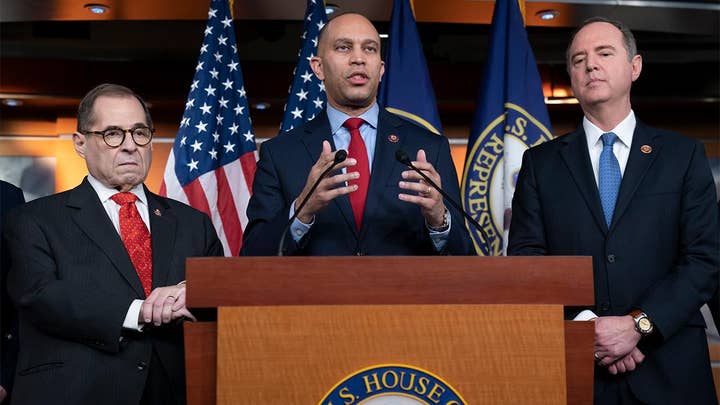 Rep. Adam Schiff, D-Calif.: Hunter Biden, for example, can't tell us anything about whether the president withheld military aid, whether he withheld that aid to force Ukraine to conduct political investigations or why he wouldn't meet with the president of Ukraine.

The only purpose for putting him on their list is they wish to trade material witnesses like Mr. Bolton and Mulvaney and others for immaterial ones that will allow them to continue to attack a political opponent. That's an illegitimate abuse of the trial.

And so as impeachment continues, Adam Schiff tells you, you should know less.