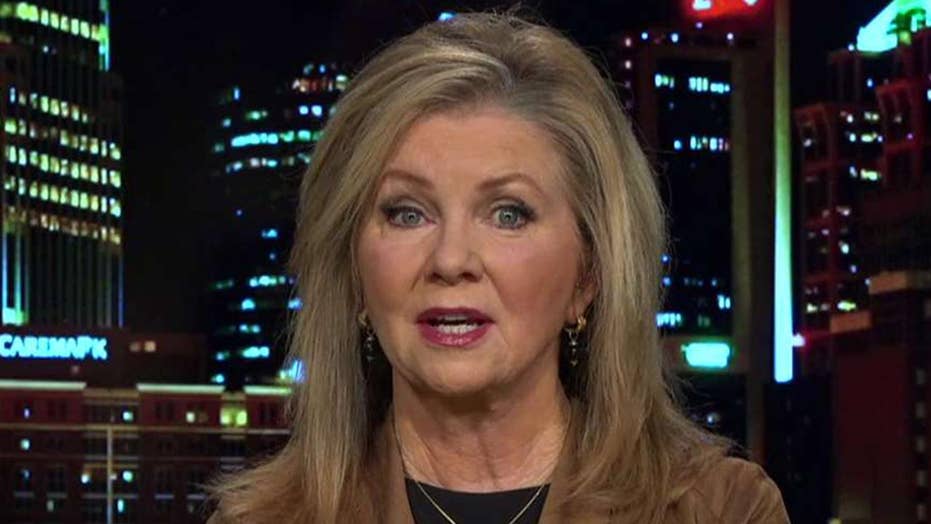 Marsha Blackburn: We would be in order to vote to dismiss impeachment

GOP senator says she doesn't want to do anything to weaken executive privilege.

Tuesday afternoon, moments before the onset of the third presidential impeachment trial in American history, Senate Minority Leader Chuck Schumer, D-N.Y., had a moment of clarity.

Before the House impeachment managers kicked off their case, Schumer remarked that “the eyes of the Founding Fathers are upon us.”

The senator from New York was correct: history, not the Senate, will pass final judgment on the impeachment of President Trump.

SCHUMER VOWS 'WE WILL NOT BACK DOWN' AT SENATE'S TRUMP IMPEACHMENT TRIAL, AS GOP SHOOTS DOWN DEMS' AMENDMENTS

This is exactly why the House impeachment managers spent the remainder of their speaking time trying to rewrite their own three-year narrative on impeachment. Chief revisionist Rep. Adam Schiff, D-Calif., who chairs the House Intelligence Committee, began by asserting that the House Democrats have compiled evidence of high crimes and misdemeanors perpetrated by the president.

Later, however, Schiff revealed that the over 100 hours of testimony, and thousands of pages of documents, that led to his conclusions simply weren’t enough. He then asked that the Senate fetch additional evidence he neglected to secure.

The fact is that the House impeachment managers’ case – some may call it a vendetta – relies not on missing evidence, but on a vicious partisan hatred of President Trump that survived the initial impeachment proceedings.

House Democrats dressed up their demands for a parade of witnesses and fresh subpoenas by arguing that they are simply seeking fairness and transparency. They knew that argument would play well with the anti-Trump media.

But if you lift the veil, you’ll find the Democrats are really engaged in a lazy, intellectually dishonest attempt to force the Senate to do the House’s dirty work.

Long before the House Intelligence Committee held its first impeachment hearing, House Democrats knew they were in for an uphill battle. They knew whose testimony they wanted, and they knew with absolute certainty that they would need to “pierce” executive privilege to get it.

It was a nonstarter. Any effort to get around executive privilege would have taken their inquiry out of the safe, comfortable realm of politics and sent it into the courts – a dangerous place for constitutionally defective arguments.

This is why, for example, the Intelligence Committee yanked its subpoena of former National Security Adviser John Bolton’s top deputy (and never actually issued a subpoena for Bolton himself), rather than risk litigation over the highly sensitive testimony it requested. Instead, the House committee punted the issue down the hall and simply demanded that the Senate summon Bolton to testify.

No muss, no challenge to Supreme Court precedent, no judicial review. Democrats came into the Senate chamber Tuesday afternoon knowing that, if the rules were going to be broken, the Senate needed to wield the hammer.

This, then, was the motivating factor behind Tuesday’s frantic attempts to open the floodgates to months of paperwork, procedure, and attention from the media already looking for a big scandal.

House Democrats inexplicably decided to rely on the Senate to entertain their venomous political crusade. As predicted, their gambit – facilitated by an intransigent Schumer and hours of pointless testimony – failed miserably.

In the days to come, out of respect for the Constitution, 100 senators will sit quietly and listen to arguments that will no more reveal President Trump’s darkest intentions than they will those of Presidents Barack Obama, George W. Bush, Bill Clinton, or any other person who has relied on candor and objectivity to keep our country afloat.

No additional witnesses or documents are necessary for the impeachment trial. To admit them would be to legitimize Democrats’ caricature of fairness, and the continuation of a process that will never be more than a political farce.