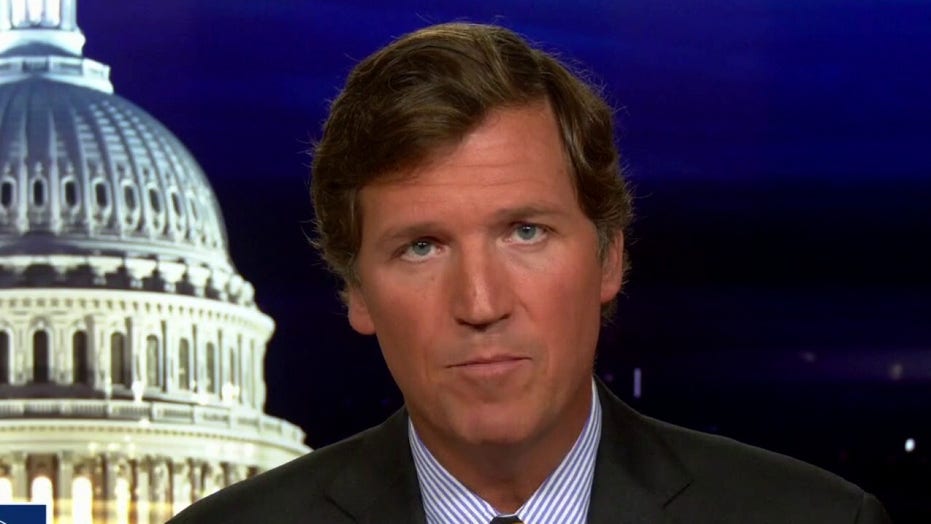 As we've been telling you -- not that you need to be told because it's so obvious -- this is a dark moment in the history of the country.

People will attack you if you dare to tell the truth. They'll denounce you. They'll target your family. They'll try to turn your friends against you and deny you the ability to earn a living.

In the face of that -- and we've said this repeatedly because it's true, nothing is truer -- you cannot give in. Even if you do what the mob tells you to do, you will not be spared. The people on Twitter are predators. Predators are incited by weakness. They exploit it. The only solution in the face of something like this is to tell the truth unapologetically.

On Monday night, we told you that the mass movement engulfing America right now run by the left isn't really about protecting black lives. Certainly, there are many sincere people participating who think that it is. But the people running it -- no, it's not.

That's 100 percent true. How do we know that? Well, right now, the chief demand of the Black Lives Matter movement is to get rid of the police -- defund them or abolish them entirely. Police, not criminals, they say, are the greatest threat to the well-being of African-Americans -- and that is a lie.

It is a lie no matter how many times they say it. It's just not true. And we know that because the numbers are unambiguous.

We're not guessing about this. A Princeton University paper from 2018 estimated that for every 10 police officers added in this country, roughly one murder is prevented. And that, of course, makes sense. Why wouldn't that be true?

Robbery and other crimes went down as well, and that's not a small thing. This isn't because there were more arrests either. The sheer deterrence of more cops on the street kept people safer without sending more criminals to prison.

Bad police -- needless to say, there are some -- but they are not the primary problem in American cities or in the African-American community. They are a distraction from the real problems. And the real problems are the destructive effects that bad policies have had and will have on the poorest Americans.

So, what do you think doing the opposite will achieve? I think we know and we've learned even more about it just this week.

On May 31 in Chicago, the police force was completely overwhelmed trying to handle protests, rioting and looting all over the city. In the city's most vulnerable neighborhoods, the poorest neighborhoods, law enforcement just evaporated. A local pastor described what he saw: "I heard people saying all over, 'Hey, there's no police anywhere.' Police ain't doing nothing. I sat and watched a store looted for over an hour. No police came."

So, for the people of Chicago -- not the ones pretending to speak for them on social media or their hapless mayor -- but the people who actually live there and don't have power, the police leaving was a disaster, and they were desperate for the police to return.

On Sunday, May 31st of this year, the city of Chicago had 65,000 calls to 911. That's 50,000 more than the usual total. With police gone from Chicago's poorest neighborhoods, the city had its deadliest day in at least 60 years.-- maybe the deadliest day ever By midnight that night, 18 people in Chicago had been murdered. That's five more than the all-time record and eight more than the total of unarmed African-Americans shot dead by police last year -- in one day.

So, look, this is not a defense of people who abuse their power. The show exists to hold those people to account. Should police officers who break the law be arrested and punished? Of course. Find a person in America who disagrees with that. There aren't any.

The point is bad police -- needless to say, there are some -- but they are not the primary problem in American cities or in the African-American community. They are a distraction from the real problems. And the real problems are the destructive effects that bad policies have had and will have on the poorest Americans.

That's what's going on right now in countless cities -- failing schools, drugs, debt. And that's why the mob censors criticism. That's why the Democratic Party hates free speech. No political party ever needed to use fear and intimidation to hide their successes. Of course, they're hiding their failures.

At this moment, 65 percent of African-American children are growing up in single-parent homes. That's double the number from 50 years ago. You don't have to be an Evangelical or any kind of moralizer to think that's a disaster because it is. There's lots of social science on this. And all of it shows that having two married parents in the home does more to improve a child's odds of success than any social program ever invented. That's just empirically true.

Kids with two parents are almost twice as likely to finish high school, half is likely to go to prison. We know this. And yet instead of encouraging healthy, intact families, the left ignores the question or actively abets the destruction of families and instead promotes abortion like that's an answer.

In New York City right now, more African-American babies are aborted every year than born. This is encouraged by the people they tell you they love black people.

How about education? All of us agree that's the key to ascending. In our public schools, the biggest racial performance gaps are not in rightwing cities in Alabama. They're in our most liberal cities.

In Washington, D.C., the most Democratic city in the nation where over 90 percent of voters went for Hillary Clinton in the last cycle, 83 percent of white students are proficient in reading, but just 23 percent of black students. That's a gap of 60 points.

In San Francisco, the gap is 58 points. Why is that okay? It's not okay. If you want to protest something, you should be protesting that.

How did we get here? It wasn't always this bad.

Thanks to coronavirus lockdowns, the black unemployment rate has exploded to almost 17 percent. Is that a concern? It should be. Just when people are allowed to go to work, Democrats allow their neighborhoods to burn down, to placate university-trained extremists and rich liberals in the suburbs who dominate Twitter and The Washington Post.

A factory in Minneapolis has already announced that it plans to move its 50 jobs to a different city. That's their response to the riot -- not empowerment, unemployment. How many other businesses will do the same? How many simply won't open again? A lot. 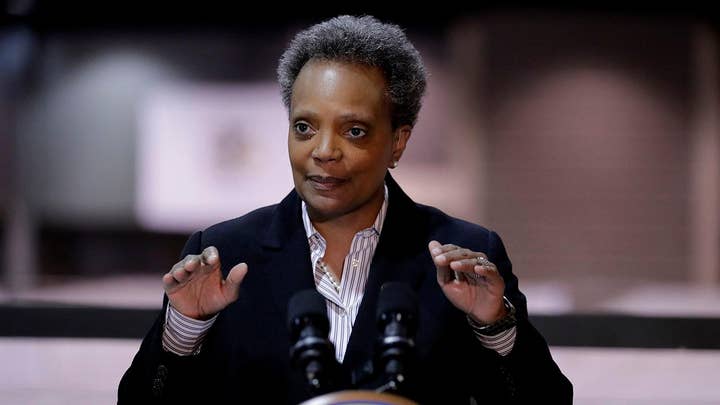 And then, of course, there's something that no one ever talks about, which is debt. African-Americans are more than twice as likely to take out predatory payday loans. Why does nobody say that? People are getting rich from that. Imagine if instead of gutting their police forces, California and Minnesota banned predatory payday lending. Black lives would actually improve instead of being hurt.

And it's not just African-Americans, by the way, it's all poor people who are hooked on payday loans. Talk to one about what that's like to have your life in hock. It's terrible.

No political party ever needed to use fear and intimidation to hide their successes. Of course, they're hiding their failures. They don't want to debate because they can't win the debate. Instead, what they want is you to shut up and hand them power.

They want to shift the blame for problems they created onto police -- the police being the one urban institution that over the past 30 years has actually achieved something. And actually, it's the one institution the left doesn't already control.

So that's the response to every failure. It's because we had too much debate and not enough power.