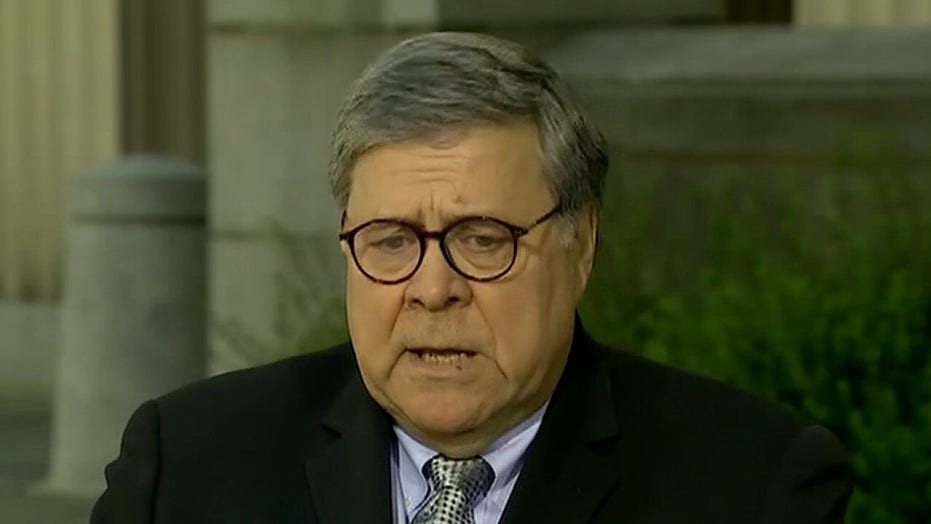 AG barr warns of danger of 'demonizing' the police

Before we declare the riots of 2020 the worst in U.S. history, we should look at the nationwide riots of 1968 that followed the wanton murder of Martin Luther King Jr. at a Memphis, Tenn., motel.

Over 100 cities exploded, led by Washington, D.C., Chicago, Baltimore and Kansas City, resulting in more than 40 deaths, the arrest of 15,000 mostly black Americans, and damages in the tens of millions of dollars. Washington was the epicenter of the looting and violence.

Thirteen people died in D.C., all but one black. Some 1,200 buildings were burned, including 900 stores, many of them black-owned and operated. The once-thriving U Street corridor did not recover economically until the opening of a Metro station in 1991, 23 years later.

President Lyndon B. Johnson went on radio and pleaded with Americans of all colors to “deny violence its victory” and keep Dr. King’s dream alive. He convened a White House meeting with civil rights leaders and government officials.

On the fourth day following Dr. King’s assassination – Easter Sunday – “the greatest wave of social unrest since the Civil War” finally stopped. What were the causes of this unprecedented eruption?

Division over the conduct of the Vietnam War was one. Large numbers of Americans were calling for our immediate withdrawal — an admission of defeat that President Johnson opposed.

Johnson was increasingly isolated in the White House, abandoned by many Democrats in Congress and reduced to speaking only at military installations. He would soon announce that he would not seek reelection. In 1964, he had won the presidency by more than 61 percent, the largest margin of the popular vote in history.

Black radicals like Stokely Carmichael ramped up the rhetoric accusing “white America” of killing Dr. King and calling on blacks to arm themselves. Dr. King’s dream of a peaceful integration between blacks and whites seemed to be fast fading away.

Today, America is as divided as perhaps never before in our history — divided racially, politically, economically.

Today, we have a mass media, especially a social media, that emphasize what divides us rather than what unites us — that focus on the bad, not the good, in our exceptional nation.

We can call on the inherent goodness of the American people to help each other, work with each other and refuse to engage in any purposeless blame game.

Today, we have a president who is as controversial as any in our history, who tragically must rely on men in uniform to protect him while he walks from the White House to visit a fire-damaged church half a block away.

Today, we are struggling to cope with a deadly coronavirus and at the same time to restart a locked-down economy.

What can we do?

One, we can draw from our history that we have always been able to handle and emerge from the most difficult crisis, such as the riots of 1968.

Two, we can call on the inherent goodness of the American people to help each other, work with each other and refuse to engage in any purposeless blame game.

Three, we can urge the leaders of all parties, faiths and colors to come together for a national summit to discuss honestly and openly the racism in America. This is not a time for blinders, but for open and honest dialogue.

Finally, we can pray to Almighty God to watch over us, guide us and sustain us in this trial, confident that although we now walk in shadow He will lead us to safety in the end.