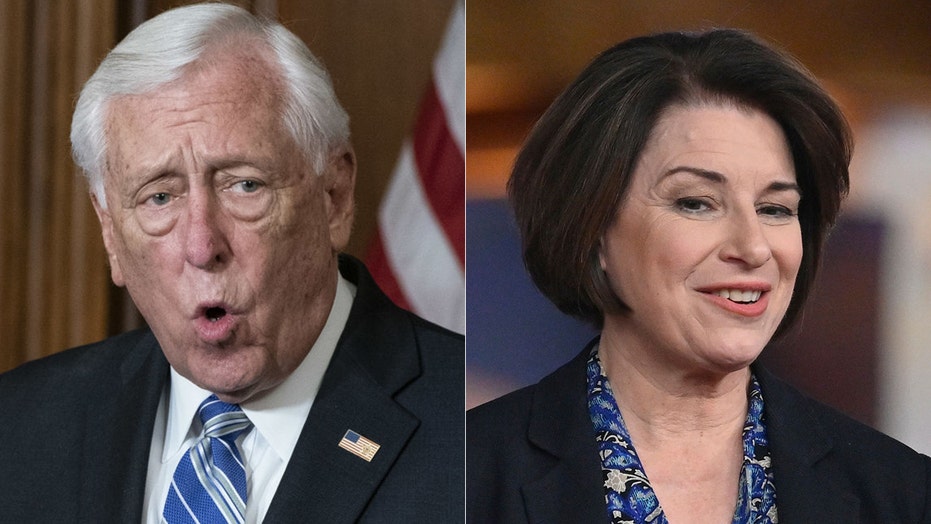 Amid calls to defund police and criticism of police unions from the left in the wake of George Floyd's death, an analysis of donations from police unions and political action committees (PACs) associated with law enforcement to members of Congress shows that some Democrats have led the way in support from police groups over the past quarter-century.

The support, which runs to Republicans as well, underscores the tricky position lawmakers are in amid calls to overhaul, cut budgets for or dismantle police departments.

Numbers published by Open Secrets, which is run by the watchdog Center for Responsive Politics, shows that among current members of the House of Representatives and U.S. Senate, a handful of Democrats have received more campaign donations from police groups since 1994 than any other current members by a significant margin.

The top two recipients of contributions from police groups in the Senate are Sens. Patrick Leahy, D-Vt., and Amy Klobuchar, D-Minn. The top two in the House are Rep. Bill Pascrell Jr., D-N.J., and House Majority Leader Steny Hoyer, D-Md.

The numbers come as Democrats in Congress are working to advance the Justice in Policing Act, a bill that would ban police from using chokeholds; pare back "qualified immunity," a doctrine that limits officers liability when they use force on the job; set up a federal task force to prosecute police misconduct cases and more.

"[I]t is not unreasonable to demand high levels of responsibility and accountability of law enforcement," Hoyer said in a tweet Tuesday. "I hope Republicans will work with us to advance the #JusticeInPolicing Act and send it to POTUS's desk."

But many congressional Democrats have been careful to avoid explicitly endorsing calls to "defund police" that are largely coming from Democrats in local government and party activists.

Pascrell, who has been in office since 1997, has raked in $43,160 in donations from police groups over his time in Congress while Hoyer, who has represented his district since 1981, has gotten $35,500 from such organizations since 1994.

Rep. Lee Zeldin, R-N.Y., ranks third among House members in police union and law enforcement PAC money. He joined Congress in 2014 and has gotten $22,400 in such donations.

In both the House and Senate, six of the top 10 recipients of police group money are Democrats.

The numbers skew in favor of lawmakers who have been in office longer, since they count all election cycles back to 1994. They also represent just a fraction of the overall money raised by these politicians over their careers in Congress.

Nevertheless, they reflect that for decades some Democrats have been as supportive of police causes and police unions as Republicans, and that police groups saw those lawmakers as reliable allies.

"Since joining the leadership team, his office regularly reaches out to the FOP to seek our input on legislation touching on law enforcement, labor, and criminal justice issues," the group said of Hoyer. "His 'open door' policy to the FOP is invaluable when moving bills through the House."

On Klobuchar, a former prosecutor, the group said: "She has been a long-time friend to the law enforcement community. Senator Klobuchar has a proven track record of support for public safety legislation."

Each of those statements was attached to an announcement of a $5,000 donation to the lawmakers' campaigns or political groups.

But political tides are changing in the wake of Floyd's death and the ensuing unrest. And Democrats -- and even some Republicans -- are now backing legislation for reforms that police groups have traditionally opposed.