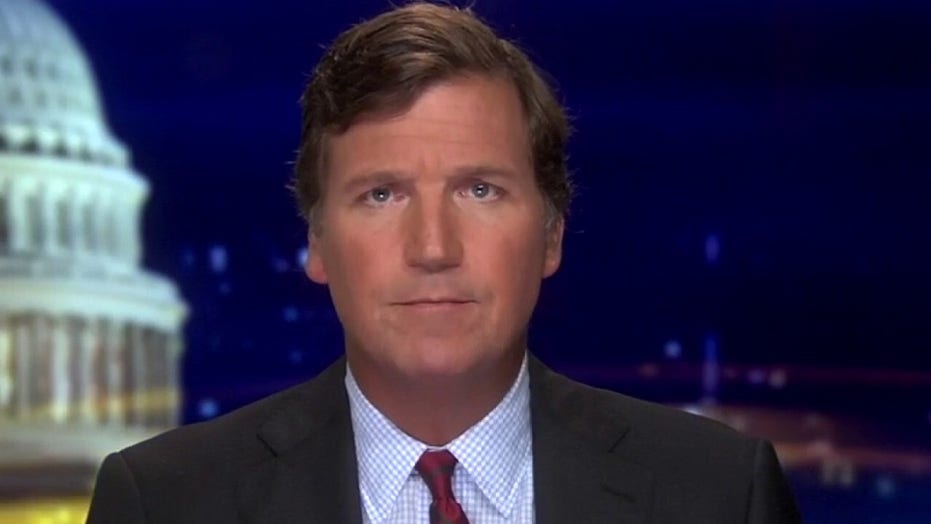 Tucker: Stay inside and save lives? Hard science suggests the opposite is true

People are being arrested for sitting alone on the beach or walking on nature trails and not a single politician making these decisions has explained the science behind them.

Speaking of scary, two Sundays ago, a man in Colorado called Matt Mooney went to a park near his house to throw a ball with his wife and his 6-year-old daughter.

The park was deserted, which meant the Mooneys were essentially standing alone in a field. The police came anyway. They handcuffed Matt Mooney in front of his family, and they threw him in the back of a police cruiser. By state order, Colorado residents were required to stay in their homes because of the coronavirus outbreak and Mooney was outside, so he was taken into custody.

The next day, Jared Polis, who is the governor of Colorado did not apologize. Instead, he issued an executive order extending his lockdown until the end of April. Polis included no scientific justification for that decision. Instead, he summed up his reasoning with a line fit for a tank top: "Simply put, by staying home, Coloradans are saving lives."

Around the country, governors are making that very same claim. Most outdoor areas -- common outdoor areas -- in this country have been closed in response to the pandemic. People are being arrested for sitting alone on the beach or walking on nature trails.

Not a single politician making these decisions has bothered to explain the science behind them, specifically which studies show that staying indoors at home -- at the pharmacy, at the grocery store  -- is safer than being outdoors. Politicians don't tell us, and they're never asked. The media support these decisions reflexively.

Last week, when Duval County, Florida reopened its beaches, Twitter lit up with the #FloridaMorons. The Washington Post wrote an entire piece celebrating the fact that families in Jacksonville were being attacked on social media. It was yet another opportunity to deliver a hot blast of nasty self-righteousness, as if the country needs more of that.

But let's set aside the casual judgment for a moment and consider the science behind all of this. What does the research actually tell us about the perils of being outside?

As it happened, there's quite a bit of research on that question. It turns out -- and you may have guessed this already because it's very obvious -- that enclosed spaces are a dangerous place to be in a pandemic. That was the conclusion of a study earlier this month in The Journal of the American Medical Association.

Controlling the population makes them feel powerful. Our fear makes us easier to control. The average politician has no incentive to follow the science and thus let the public outside. You may be suffering intensely, but they're enjoying it.

USA Today quoted one of the authors of that study, an MIT professor. She put it this way: "When one is outside with air circulation or wind, the virus is easily dispersed and less concentrated." That makes sense.

Another study from earlier this month was more specific about it. That study looked at 320 towns in China over a period of more than a month during the pandemic in order to determine how the virus spreads.

It turns out the most commonplace patients were infected -- their homes. Eighty percent of outbreaks began in the home, 34 percent of new cases began in public transportation. The number outside -- here's the conclusion: "All identified outbreaks of three or more cases occurred in an indoor environment, which confirms that sharing indoor space is a major infection risk."

That study, by the way, is available to all. It is online. Jared Polis could read it if he bothered. Any politician could read it. They haven't. They're not interested.

"Stay inside, save lives." They repeat that like the vacuous bumper sticker that it is. In fact, actual science suggests the opposite is true. Being outside is far safer. It's also good for you. Researchers have consistently found that fresh air and exercise boost your immune system. It's just like your grandmother claimed.

As a recent piece in The Atlantic put it: "The outdoors and sunshine are such strong factors in fighting viral infections that a 2009 study of the extraordinary success of outdoor hospitals during the 1918 influenza epidemic suggested that during the next pandemic ..." -- which we're living through -- " ... we should encourage the public to spend as much time outdoors as possible."

"As much time outdoors as possible." Yet, as you may have noticed, our politicians are doing precisely the opposite, and it's driving America to neuroses. 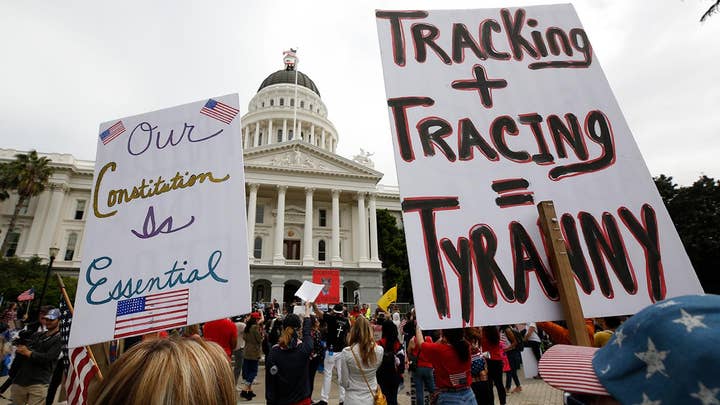 Prescriptions for anti-anxiety medications have risen dramatically nationwide in the past six weeks. So the question is why are our leaders hurting us on purpose?

And the answer is: because they can.

Controlling the population makes them feel powerful. Our fear makes us easier to control. The average politician has no incentive to follow the science and thus let the public outside. You may be suffering intensely, but they're enjoying it.