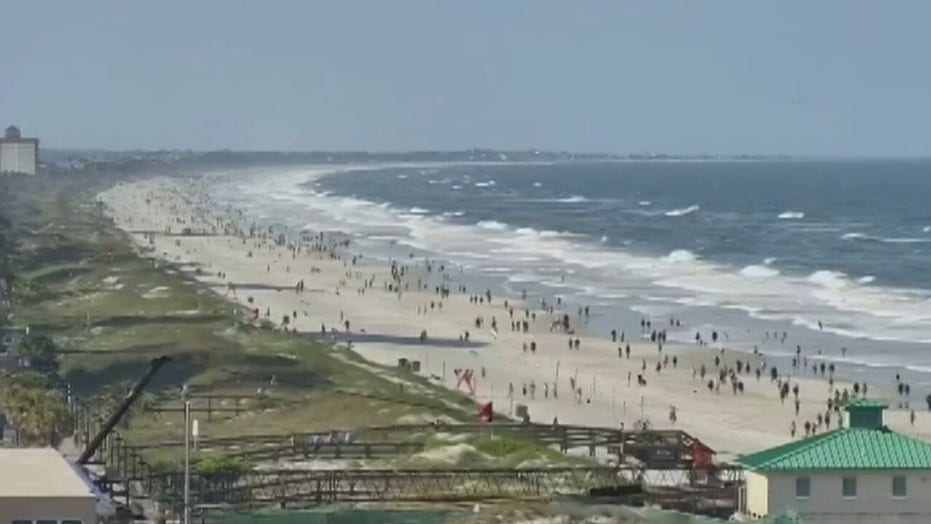 Jacksonville Beach, Florida Mayor Charlie Latham says the public is meeting the strict compliance requirements to use the beaches on 'Fox &amp; Friends.'

Jacksonville Beach Mayor Charlie Latham defended the decision to reopen Jacksonville, Fla. beaches after the COVID-19 shutdown, saying on “Fox & Friends” on Monday that the experience has been "good" so far.

Crowds returned to beaches in Jacksonville Friday after Florida’s governor gave the green light for some to reopen if done safely – as a new model significantly dropped the number of forecasted fatalities in the Sunshine State.

Latham said the decision to reopen the beaches was made by all four mayors in Duval County, which is located in the northeastern part of the state.

“We thought that the public was ready to maintain the social distancing standards and to exercise good judgment and it's paid off. It's paid off really well,” he said. 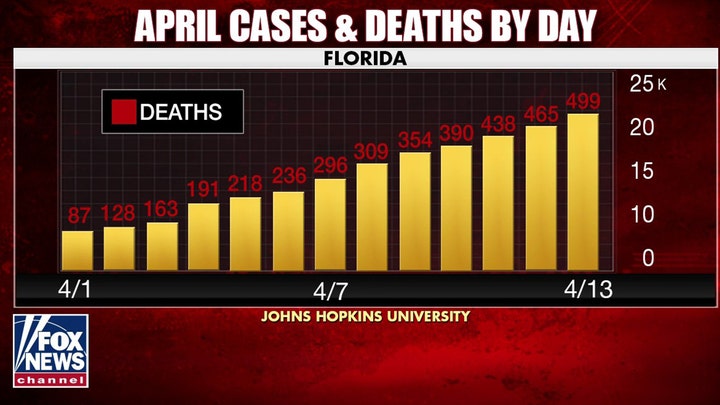 The beaches are reopening with restricted hours and can only be used for walking, biking, hiking, fishing, running, swimming, taking care of pets and surfing, according to Jacksonville Mayor Lenny Curry. They will be open from 6 to 11 a.m. and 5 to 8 p.m. and gatherings of more than 10 people – not 50 as was previously announced – are prohibited.

“I think we have got a successful program going,” he continued, explaining that officials have cut in half the amount of time that the beach is open.

Latham said the beaches are being monitored by law enforcement and police have not had to issue any tickets or arrests for people breaking social distancing rules.

Latham acknowledged that the reaction on social media has been “mixed.”

“There is [sic] a lot of people that are upset that we’ve opened, but we're not requiring anybody to go to the beach,” Latham said. “We’re making the beach available as long as they meet various strict compliance requirements and so far citizens have done that, our visitors have done that so right now we believe it's a good decision. 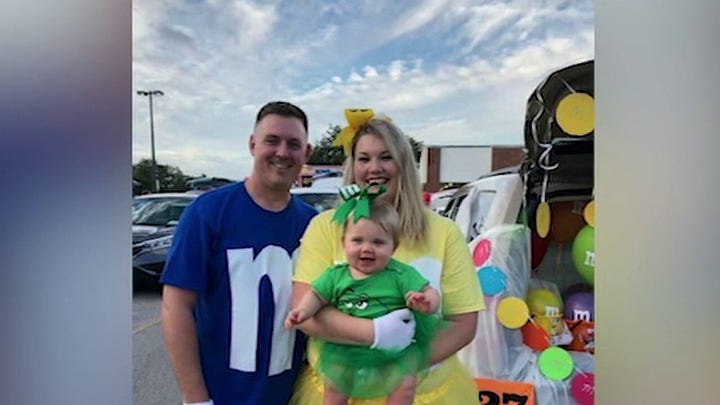 “If things were to change, we could certainly shut it down in just a very short period of time if we need to,” he added.

When host Brian Kilmeade asked Latham, “What do you have to say to critics who say you are sending the wrong message” by reopening beaches, he said, “We’re still enforcing the requirement of social spacing and we’re still keeping people from laying out on the beach.