Editor's Note: This article is adapted from Tucker Carlson's opening commentary on the Oct. 14, 2020 edition of "Tucker Carlson Tonight."

Most of us never imagined it could happen in this country, and yet Wednesday, it did happen.

A major American newspaper published a story, apparently an entirely accurate story, about a presidential candidate. The tech monopolies that control American media feared this story might hurt that candidate, whom they favor. So three weeks before a national election, they shut the whole thing down.

They prevented the public from reading the news. They didn't apologize for doing this. They didn't bother to make up reasonable-sounding justifications for it. They just did it, exactly as the Chinese government does. These are monopolies. They have all the power, you have none. They don't have to care about what you think and they don't.

This was mass censorship on a scale that America has never experienced in 245 years, and it's a threat to all of us. Democracies only function when there is a free exchange of information between citizens. We no longer have that.

This is a dark moment. Here are the details:

Wednesday morning, the New York Post published a series of emails that describe Hunter Biden's lucrative relationship with a Ukrainian energy company called Burisma, and then describe how his father, then the vice president of the United States, intervened to help his son peddle influence.

Now, we've known the outlines of this story for quite some time. But these emails add damning detail. No one appears to dispute that they're real, not even the Joe Biden campaign. There are whispers that it's all part of a Russian disinformation campaign. If this is a hoax, it is the most complex, sophisticated hoax ever perpetrated. It doesn't seem possible. There's too much detail.

These e-mails came from an Apple laptop that was dropped off at a Delaware computer repair shop last year and then abandoned there. After a certain number of days with no payment, the shop's owner took legal possession of the laptop. When he looked inside, he found tens of thousands of emails, including exchanges with representatives of foreign companies and foreign governments. The laptop apparently belonged to Hunter Biden. 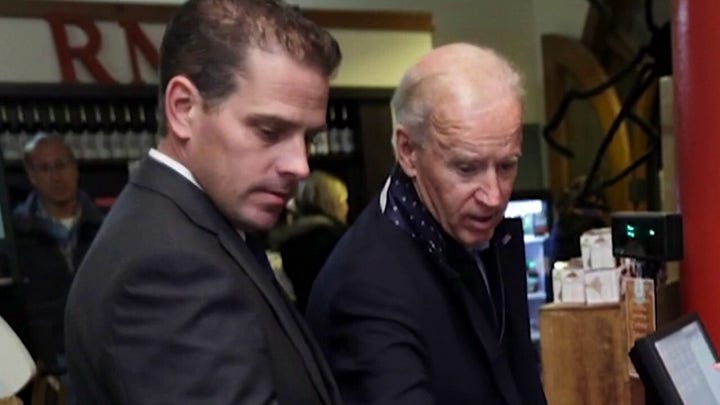 The shop owner was stunned by this, by the appearance of corruption, and he was afraid for his family. So late last year, he gave the laptop to the FBI and kept a copy of the hard drive for himself. He never heard back from the FBI. By May, he was anxious. So he made overtures to Senator Mike Lee's office and at least one conservative nonprofit, but no one responded. Finally, the man contacted Rudy Giuliani's office. And Wednesday's story is the result of that.

The tech monopolies crushed the story the moment it appeared. An executive at Facebook called Andy Stone, a former Democratic staffer, announced that his company would censor the New York Post story. As he put it, Facebook would be "reducing its distribution on our platform."

Twitter quickly followed suit by locking the New York Post's entire Twitter account. One of the biggest newspapers in the world was banned from Twitter, which then prevented its users from sharing the story, both privately and publicly. Those who tried to share it got this message: "Your tweet couldn't be sent because this link has been identified by Twitter or our partners as being potentially harmful."

In a separate explanation, Twitter wrote this: "We don't permit the use of our services to directly distribute content obtained through hacking that contains private information, may put people in physical harm or danger, or contains trade secrets." 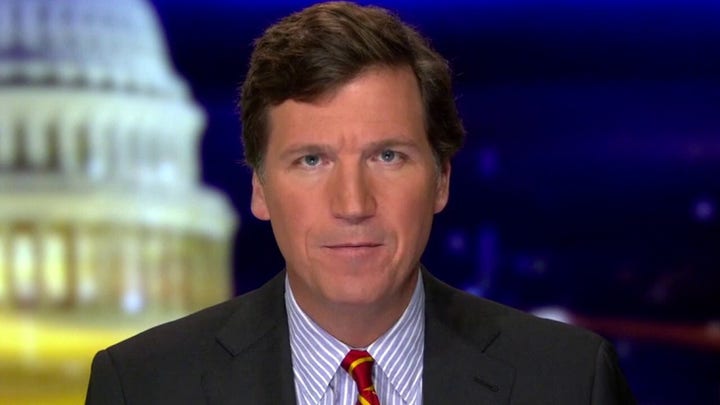 That's the same Twitter that just promoted a New York Times story about the president's private tax returns, obviously obtained illegally. And who, by the way, was hacked here? No one was hacked. Twitter never addressed that. As for "trade secrets," there were none. We already knew that Hunter Biden was trading on his father's office to make $50,000 a month from the Ukrainians. In October, he admitted it.

So we knew the outlines. What we didn't know until Wednesday was how brazen this was. Hunter Biden didn't simply sell access to his father, the vice president, or take cash to influence American foreign policy. It's weirder than that.

As he schemed to extract more money from Burisma, Biden didn't refer to his father as his father. He referred to Joe Biden, the vice president, as "my guy." On April 13, 2014, for example, Hunter Biden wrote to his business partner, "The announcement of my guy's upcoming travels should be characterized as part of our advice and thinking." Hunter Biden added that he needed to be "protected financially" and wanted a long term role with Burisma: "The contract should begin now - not after the upcoming visit of my guy. That should include a retainer in the range of 25k".

It's not clear if Biden got that retainer. But we know he did get a high-paying job at Burisma. Then in May 2014, just weeks after Hunter Biden joined the board of that company, a top executive there let him know explicitly why he was being paid: "We urgently need your advice on how you could use your influence to convey a message/signal, etc., to stop what we consider to be politically motivated actions."

What message does that mean? Well, another e-mail from the same executive obtained by The New York Post and dated April 17, 2015, explains in very clear terms what it means.

"Dear Hunter, thank you for inviting me to DC [sic] and giving an opportunity to meet your father and spent [sic] some time together. It's realty [sic] an honor and pleasure."

That's what you're not allowed to read. And you can see why Facebook and Twitter don't want to allow you to read it. If Joe Biden met with Burisma executives at the request of his son for the profit of his own family, it becomes very clear that Joe Biden's previous denials were lies. Just last year, Joe Biden was telling us he had no idea what his son was doing it for Burisma.

FLASHBACK: EX-UKRAINE PROSECUTOR SAYS HE WAS TOLD TO BACK OFF PROBE OF BIDEN-LINKED FIRM, FILES SHOW

BIDEN, speaking in January 2018: I had gotten a commitment from [then-Ukraine President Petro] Poroshenko and from [then-Prime Minister Arseniy] Yatseniuk that they would take action against the state prosecutor, and they didn't ... They were walking out to the press conference and I said ... 'We're not going to give you the billion dollars.' They said, 'You have no authority. You're not the president, the president said --' I said, 'Call him.' I said, 'I'm telling you, you're not getting the billion dollars. I said, 'You're not getting the billion. I'm going to be leaving here' -- I think it was what, six hours? ... I said, 'I'm leaving in six hours and if the prosecutor is not fired, you're not getting the money.' Well, son of a bitch, he got fired.

Why is the vice president of the United States firing prosecutors in Ukraine? Pause for a moment and ask yourself that. That's bizarre behavior. It doesn't help the United States in any way. Why was he doing that at the time?

Biden's handlers deny there's anything wrong with this. They just said Shokin was corrupt and somehow the world was benefitting by Shokin getting fired. Biden didn't explain how he'd benefit from that. But, of course, Joe Biden didn't do it for his son. He didn't know anything about Burisma. He didn't know what Hunter Biden was up to.

Then last October, we showed you a photograph of Joe and Hunter Biden golfing with a man called Devon Archer, a board member of Burisma and Hunter Biden's business partner. The Biden campaign never explained that photograph. Rather than following up, our media rushed to Joe Biden's defense in the same way they're now rushing to bury the New York Post story.

In December, a voter in Iowa tried to ask Joe Biden about Burisma and his fitness for office. Joe Biden lost control of himself. He called the man "fat" and then challenged him to a push-up contest.

You might be wondering what Joe Biden thinks of all this. Unfortunately, his campaign called a lid before noon Wednesday. That meant reporters couldn't ask him about the New York Post story, not that they wanted to.

We have some questions, and here's the first one: Did any money from Burisma or any other foreign company or foreign government wind up in Joe Biden's pockets or in the account of any entity he benefits from?

We're not accusing Joe Biden of a crime. We're saying it has long been a mystery how a man who took a government salary for almost 50 years has lived like a rich man since the 1970s. (Ever seen Joe Biden's houses? Look them up. "Opulent" doesn't begin to describe the way he lives.) Can you do that? No, you can't. So how did Joe Biden do that?

No one seems especially interested in finding out. But we are, and we may. There were a lot of emails on that laptop in Delaware, tens of thousands of emails. The New York Post is not the only news organization that has copies of those emails. They are out there. So stay tuned.